The onset of summer usually prompts you to take a closer look at that odd thing you keep noticing out of the corner of your eye on the window ledge. Often cheap, ugly and plastic, the container will be full of soil set like concrete with a few wispy weeds holding forth. Driving around the streets of South London, every block of flats or housing estate façade reveals at least one or two attempts to provide respite from the polluted air. For the most part, an assortment of plastic pots of varying shape, size and colour provide a home to ubiquitous weeds, with an odd burst of colour from a pink petunia or red begonia. In some window boxes, plants have lost their place altogether, replaced by garish plastic flowers, winmills and mini garden gnomes.

Only on reaching the more affluent areas of Kensington or Belgravia does one see wooden boxes and galvanised metal troughs with neat rows of dwarf box, contract plantings of red, spiky grass, or under-plantings of trailing ivy. The incoherence of window sill gardening is somewhat akin to the making-do-and-getting-by philosophy of allotment gardening. But the unforgiving aspect of an un-shaded window ledge, along with the unremitting pollution, means that unless tended on a daily basis through the growing season, the beautifully planted bright orange tagetes will bite the dust along with last year's lobelias and next years primroses. Despite this, the potential of these much-maligned four by one foot patches to provide food, flowers and an 'outdoors' experience is huge.

Datting back to at least Medieval times, window boxes appear to have been particularly popular in the 1950s, when, according to Pictorial Gardening, 'a general desire to beautify the home after a long period of austerity... brought window boxes back into favour.' The recommended wooden boxes were to be painted deep green, to set off the crazy acid colours of the hugely popular fuschias, begonias, antirrhinums, petunias, cinerarias, chrysanthemums, geraniums and calceolarias. This list of plants instantly transport you to grand-parent land and memories of potting sheds, buzy lizzies, green tea-cups, brown tea-pots and crocheted tea-cosies.

Indeed, the ever popular calceolaria or aptly named slipper plant, is distinctly reminiscent of some strange hybrid tea-cosy type thing. Calceolaria 'Bikini Series' is a fungoid explosion of delicate, slightly hairy, rounded oval pouches in biting shades of red, orange and yellow. Calceolaria 'Walter Shrimpton' looks even more like the mutant result of a War of the Worlds invasion - it has two white-tipped tames for eyes, a hood of brown petal, two dwarf green leaves either side for ears and a deeply plunging bronze-yellow pouch, with a broad white band across it's low slung belly. Planted en masse, you could imagine these creatures piping up with 'you have been chosen' in strange warbly tones as one of its ranks is plucked for indoor decoration. 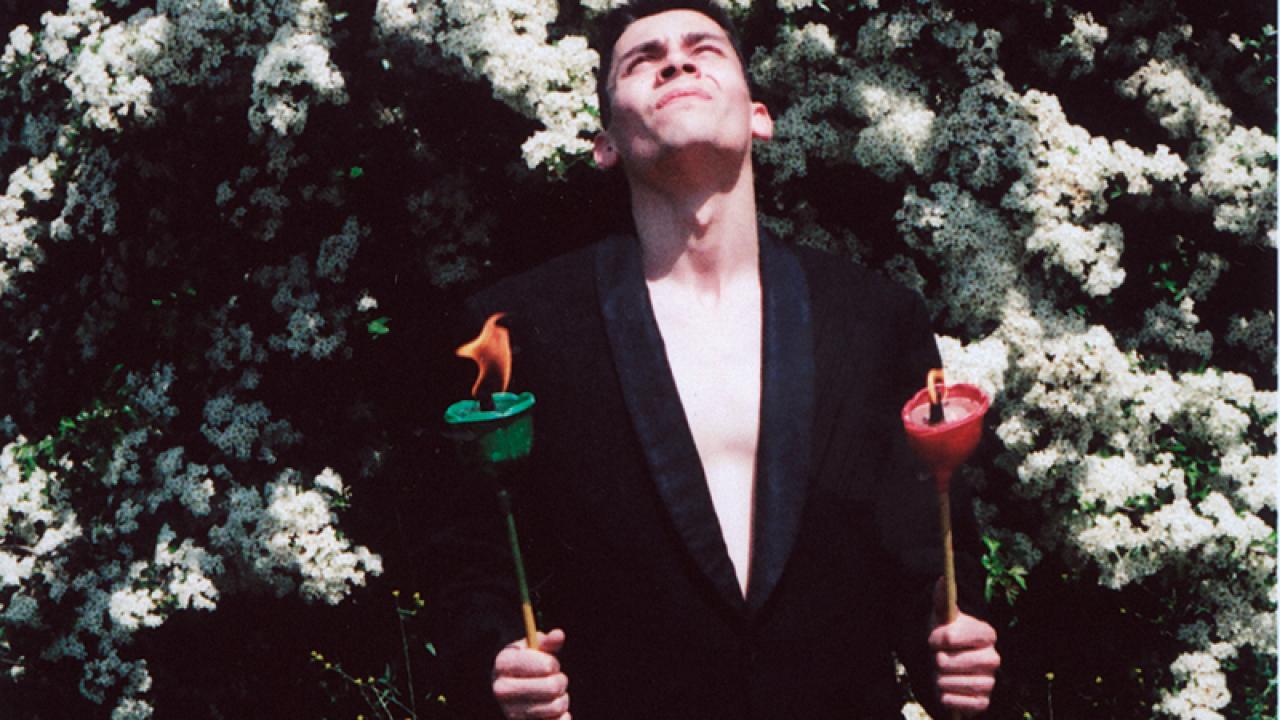