Brian Dillon is a writer and critic, and UK editor of Cabinet magazine. He is the curator of the touring show ‘Curiosity: Art and the Pleasures of Knowing’, which tours to Newlyn & The Exchange, Penzance (25 January – 26 April). A collection of his essays, Objects in This Mirror, was published recently by Sternberg Press. 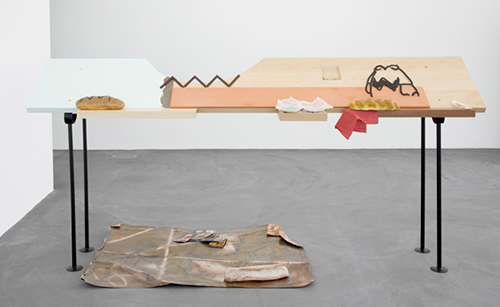 In Brussels towards the end of the year, I wandered unplanned into an early-evening gig by the London jazz quartet Sons of Kemet, whose propulsive but eclectic first album Burn I’d missed when it came out in September. It’s playing now, so you have to imagine my recollections of 2013 clamorously skewed by twin drummers, rambunctious tuba and Shabaka Hutchings’s hectic reeds. 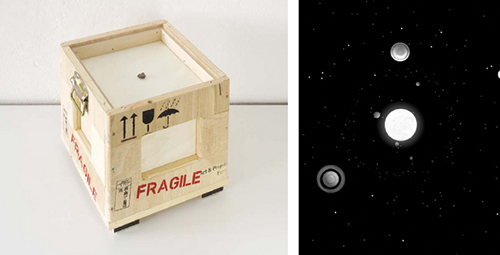 Last January, I turned up at Chisenhale Gallery for Helen Marten’s ‘Plank Salad’ show with a brief to find one work to write about. In the end I chose Peanuts (2013), a spindly assemblage of wood, metal, foodstuffs and Charlie Brown citations. But it might have been any – or all, given their generously messy relations with each other – of Marten’s scratty, knowing and materially absorbing sculptures. Katie Paterson’s exhibition at the Mead Gallery, Warwick, in the summer, was a reminder of the expansive curiosity of her recent work; and her Second Moon, for which she has dispatched a fragment of the moon around the earth by courier – it’s a little north of LA as I write, so the free tracking app says – is a neat précis of her cosmicomical ambitions. Gerard Byrne’s film A man and a woman make love, part of his Whitechapel Gallery show in January, pursued his long-term engagement with written and oral source material: this time, the Paris Surrealists’ conversations on sex and sexuality. Tacita Dean’s JG, at Frith Street in September, was a ravishing addition to that strain of her work where Smithson and Ballard meet. 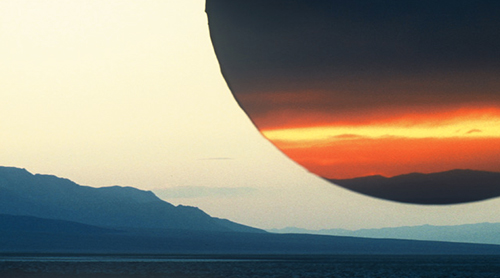 I cried four times in museums last year. Three times at the V&A’s ‘David Bowie Is’, where grainy excerpts of TV performances I was too young to have seen first time seemed to pull me into the odd timescale of early-adolescent, already retrospective discovery. David Bowie invented me, and he may have invented you too. But he has always had a relationship with nostalgia, his own and ours, and this year he messed comprehensively with our sense of time. I welled up again at the Pompidou, in front of photographs of Eileen Gray’s apartment on rue Bonaparte in Paris, where towards the end of her life she still lived surrounded by austere chromed artefacts from her E1027 house in the south of France: a time capsule still speeding into the future. The Pompidou exhibition, which travelled in the autumn to the Irish Museum of Modern Art, was a teeming reminder of the way Gray spanned the best part of a century: from Art Nouveau lacquer screens, to experiments with Perspex in the 1970s. 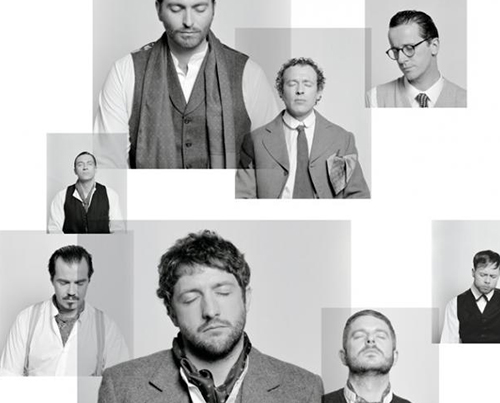 I’ve left all those fat novels of 2013 for my holiday reading, so my books of the year are mostly svelte essays or collections of same. Joshua Cohen’s Attention! A Very Short History is a madly vagrant disquisition on a frequently botched theme: the fate of concentration and reflection in an era of constant distraction – we have never lived otherwise, says Cohen. Wayne Koestenbaum’s My 1980s and Other Essays is a giddy and gorgeous collection of writings on poetry, music and art. Koestenbaum is a great anatomizer of his own hysterical love for other writers: Frank O’Hara, Elizabeth Hardwick, Susan Sontag. Speaking of Sontag: the publication of Jonathan Cott’s Complete Rolling Stone Interview, conducted in 1978, has really vexed some dullard broadsheet reviewers, who are maundering on yet again about her ‘narcissism’. Having fallen out of love myself with Sontag’s later writings, I find I want to defend her seriousness and her style again, so I’m looking forward to Jerome Boyd Maunsell’s short biography of her in the spring. Also coming soon: a new short story collection from Lydia Davis, Can’t and Won’t; Howard Eiland and Michael W. Jennings’s Walter Benjamin: A Critical Life; and a new edition of William H. Gass’s luminous 1976 essay On Being Blue – Gass’s Middle C was among 2013’s best novels, and may well be his last.

My belatedly discovered book of 2013 though was Cyril Connolly’s The Unquiet Grave: a miserably funny, self-mocking essay written in 1944 under the pseudonym Palinurus. Connolly, who’s half-forgotten now, or remembered mostly as a Grub Street ‘character’ rather than a writer, was a fearsomely productive literary critic who nonetheless considered himself an abject failure. The Unquiet Grave is the book where he famously aphorises: ‘Imprisoned in every fat man a thin one is wildly signalling to be let out.’ But alongside the jokes there’s a genuinely philosophical despair: he’s like a plump, tweedy Cioran or an old-Etonian Pessoa.

Teaching (at the Royal College of Art) has been a joy again this year, but not an unselfish one. I may as well hand my social and cultural diary over to my students for 2014, because this year they delivered two of 2013’s most thrilling events: Travis Jeppesen’s symposium on the work of writer Chris Kraus in March – at which Kraus herself was a gracious and provocative presence – and Natalie Ferris’s conference, in April, on the work of experimental novelist and critic Christine Brooke-Rose. (Ali Smith’s heart-stopping lecture-tribute was a highlight of the latter.) There is more to come this year, and I can only watch and learn.