In an ongoing series frieze asks curators, artists and writers to list the books that have influenced them

I really liked frieze’s original 1998 publication An Ideal Syllabus An Ideal Syllabus (ed. Jerry Saltz) and so was delighted to be invited to contribute my own. I’ve listed the following 13 books in the chronological order in which I discovered them: I read (1) through (3) during my first decade; (4) through (7) during my second decade; (8) through (12) during my third decade; and (13) during my sixth decade (I spent my fourth and fifth decades absorbing the lessons of the first three). (1) Ruth Krauss I Can Fly (Little Golden Books, New York, 1950) For ages four and up. A first reader, and my first reader in English, with clear and simple poems and beautiful, eye-catching illustrations. It started me thinking about lifting off, and how to do it, right away. 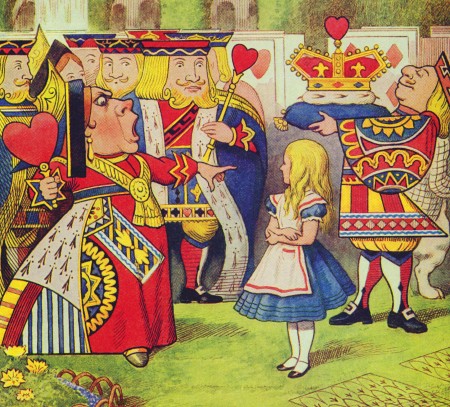 (2) Lewis Carroll Alice’s Adventures in Wonderland (Macmillan, Cambridge, 1865) and Through the Looking-Glass (Macmillan, Cambridge, 1871), with original illustrations by John Tenniel An invaluable primer to social reality, better than Kafka. Purports to be for children, but don’t be fooled. My life experience has been exactly as these two books predicted it would be.

(3) Booth Tarkington Penrod (Grosset & Dunlap, New York, 1914) A forgotten and greatly underestimated early-20th-century novelist, who became an embarrassment in retrospect because of his explicit, naive racism and fascism. Get over them and enjoy his distantly amused but affectionate rendering of turn-of-the-century middle America, seen from the perspective of a ten-year-old boy, the ten-year-old boy in all of us.

(4) Bhagavad Gita: Song of God Translated by Christopher Isherwood & Swami Prabhavananda (Marcel Rodd, Los Angeles, 1944 ) There is too much in this beautiful translation that goes too deeply to describe quickly. It’s a short book. You’ll find in it what you’re ready to find. At the very least, you’ll find the first succinct statement of the fundamental questions of Western philosophy.

(5) How to Know God: The Yoga Sutras of Patanjali Translated with a commentary by Christopher Isherwood & Swami Prabhavananda (Allen & Unwin, London, 1953) When you start thinking that this can’t possibly be all there is (whatever ‘this’ is for you), then you’re ready to start reading this text. This particular translation is not the most precise, but the commentary is beautiful, and perfect for Westerners who are feeling the first stirrings of serious dissatisfaction with the version of reality even the most sophisticated amongst us take for granted.

(6) Swami Vivekananda Karma Yoga (Ramakrishna-Vivekananda Center, New York, 1955; first published 1896) A no-holds-barred introduction to Vedanta ethics and epistemology, a useful and bracing corrective to Postmodernist abstraction by a highly educated and very eloquent avatar who practised what he preached.

(7) Plato Apology (c. 399 bc) This dialogue introduces us to Socrates the person and personality (wise and deep, but bitchy, a real nag, always ready to publicly humiliate the dim-witted) and offers us a model of how to live in such a way that, when confronted with the imminence of death, we are able to rise to the occasion with honour and dignity. Socrates’ bad attitude is: bring it on and fuck you! Personally, I have found this early dialogue deeply inspiring.

(8) Immanuel Kant Critique of Pure Reason, translated by Allen Wood and Paul Guyer (Cambridge University Press, Cambridge, 1998; first published 1781) This is the only book in Western philosophy you need to read. Once you get through it, everything else – both precursors and successors, including Hegel – will seem easy, and also familiar.

(9) Immanuel Kant Groundwork of the Metaphysics of Morals, translated by H.J. Paton (1948, Hutchinson’s University Library, London, 1948; first published 1785) Many women philosophers have found this terse, profound treatise on the ethics of autonomy, freedom and rationality to be particularly important, and for good reason.

(10) George Kubler The Shape of Time: Remarks on the History of Things (Yale University Press, New Haven, 1962) This feverishly brilliant and highly condensed theory of originality in art history was published the same year as Thomas Kuhn’s The Structure of Scientific Revolutions (1962). Kubler never mentions Kuhn, but the two works have so much in common that it’s inconceivable to me that there was no mutual influence. However, Kubler is more of a big picture thinker whereas Kuhn is more case-oriented. This book should be required reading for artists who have not yet had their 15 minutes, and also for those who have.

(11) Thomas Kuhn The Structure of Scientific Revolutions (University of Chicago Press, Chicago, 1962, 2nd Edition) The only really convincing defence of qualified subjectivism there is, and probably the most revolutionary and influential book since Charles Darwin’s On the Origin of Species (1859).

(12) John Rawls A Theory of Justice (Belknap Press, Cambridge, Massachusetts, 1971) Rawls is now generally recognized as being to the 20th century what John Stuart Mill was to the 19th century. A few of the reasons: (1) In response to the upheavals of the 1960s, A Theory of Justice returned the field of moral and political philosophy from the esoteric abstractions of linguistic analysis to the urgent practical questions of how to live. (2) It formulated a conception of the good society that refuted Karl Marx’s criticism that traditional Social Contract Theory lacked a theory of economic, i.e. distributive, justice. (3) It offered the first serious modern philosophical competitor to Utilitarianism, by incorporating decision theory and game theory into its foundations.

(13) Thomas McEvilley The Shape of Ancient Thought: Comparative Studies in Greek and Indian Philosophy (Allworth Press, New York, 2001) McEvilley is best known in the art world as an art critic; but in reality he is a very learned classical philologist, philosopher and Sanskritist. This big yet clear and beautifully written book is his masterpiece, on which he worked in isolation for 30 years. It traces and documents the mutual influences of ancient Greek on Indian philosophy and of Indian on ancient Greek philosophy – a topic most of the documentary evidence for which was lost with the burning of the library at Alexandria; and which virtually no other scholar is competent to address or evaluate because it requires both fluency in ancient Greek plus deep familiarity with the classical Greek philosophical texts, and also fluency in classical Sanskrit plus deep familiarity with the ancient Indian philosophical texts. It’s going to take the rest of us a long time to catch up with the brilliant cultural and intellectual synthesis contained in this work.

Statement from Adrian Piper: 'After both volumes of my Rationality and the Structure of the Self had been accepted for publication by Cambridge University Press and June's issue of frieze had already gone to press, Cambridge decided not to honour its prior, in-writing agreement to require no further cuts in the size of my manuscripts. I therefore decided rather to publish them, along wirth seven press readers' reports, at my website, where they are available for free download

Adrian Piper is an artist who lives and works in Berlin. She was awarded the Golden Lion for best artist in All the World’s Futures at the current 56th Venice Biennale. Her retrospective at the Museum of Modern Art, New York is scheduled for 2018. 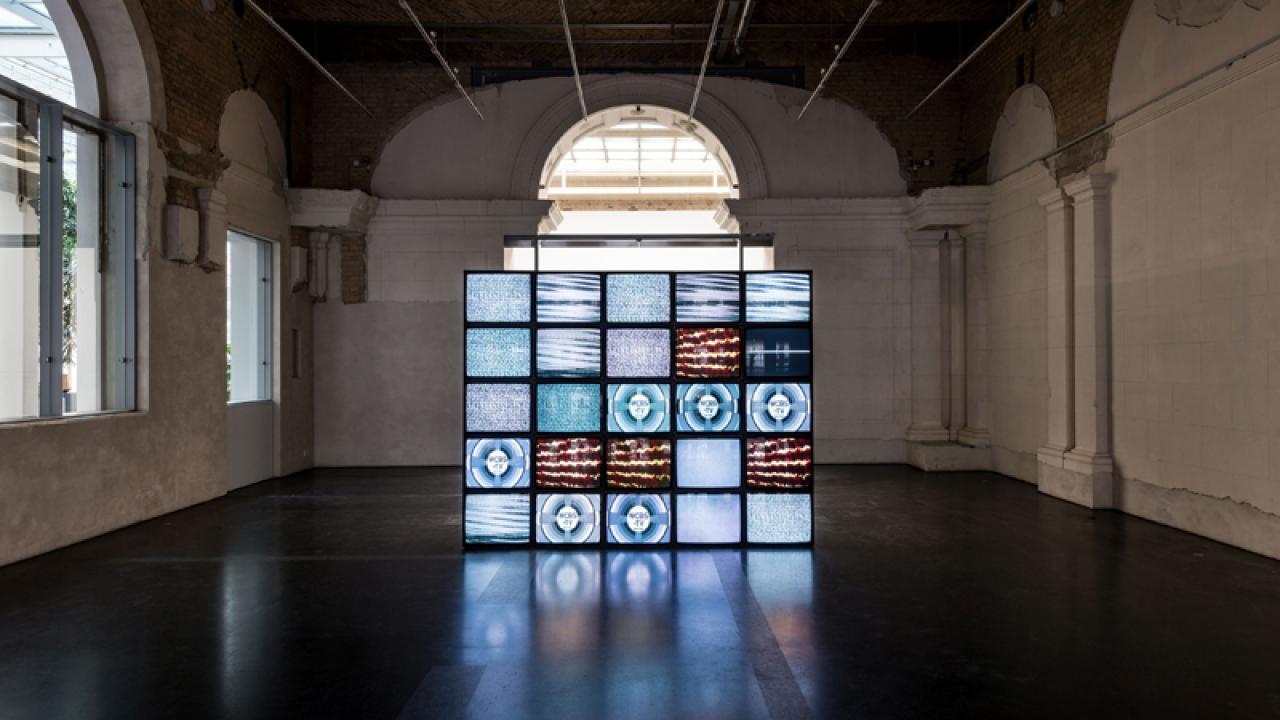 Interviews
‘I Still Do Believe They Want Me Dead’: An Interview With Adrian Piper 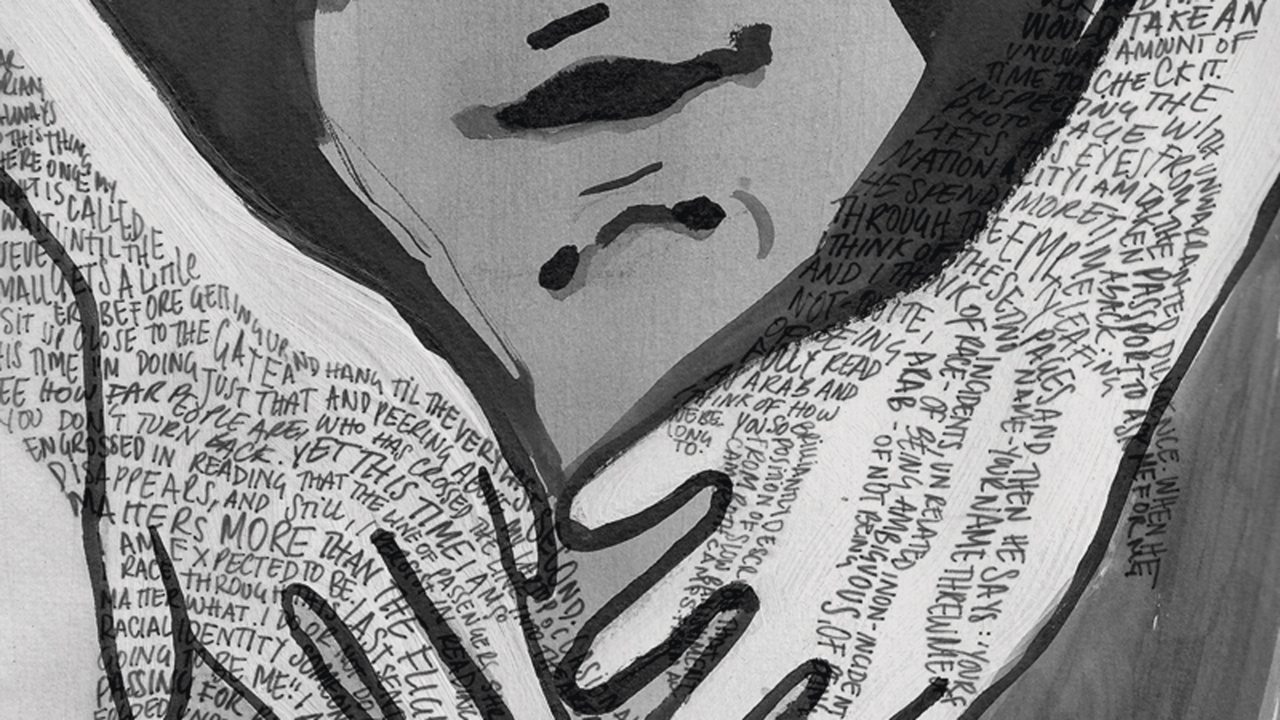 On the occasion of her MoMA retrospective, six missives to the artist from her peers