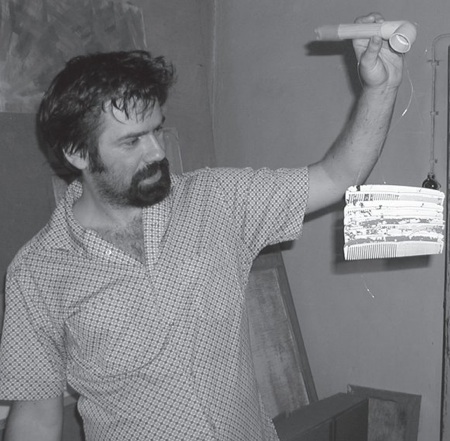 Ján Mančuška began as a painter but painting soon wasn’t enough for what was to be his endeavour: to separate the visual from the semantic – or to reunite them, case by case. His enquiries into language and scripture lead to subtly humorous stabs at holier-than-thou approaches to conceptualism. In 2006 he filmed, in a purposefully time-consuming way, individual letters painted on his own skin, adding up to the sentence ‘Don’t waste the time’. He continued to further explore the moving image, leading both to filmic works and installations that use the physical material of film for playful constructions. For more than a year the artist – who was born in Bratislava and lived in Prague – had been engaging with the medium of theatre. Only a few knew that in doing so he had no time to waste. Last Friday, after a long illness, Ján Mančuška passed away in Prague, at the age of 39.From the frieze archive, first published in March 2008, Ján Mančuška in conversation with Jirí Kovanda.