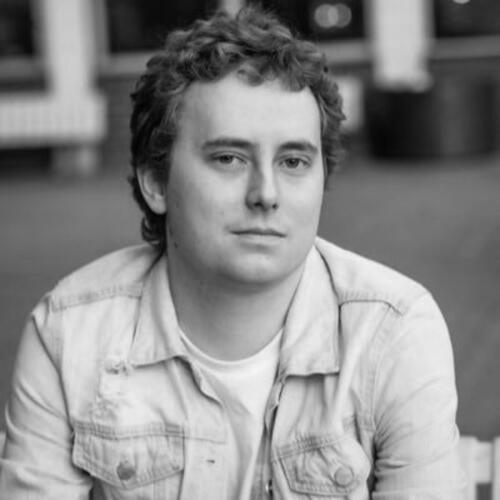 The sculptures in Jack O’Brien’s solo show, ‘Waiting for the Sun to Kill Me’ at Ginny on Frederick in London, create a complex confrontation with fragmented, sexualized humanity. In two tall sculptures, Drummer and Lover (both 2021), O’Brien takes basic articles of clothing – a white vest, football socks – and stretches them to the point of abstraction, surrounding them with barbed wire or filling them with wax. Between the socks in Drummer is a cylindrical tube of fencing that takes on the form of a glory hole; looking through it, it’s hard not to hope that someone walking by outside will catch your gaze.

Such details imbue these two not-quite-figures with an erotic energy. O’Brien’s work feels less about permanence and more about what lingers after the fact: the ephemera imbued with the recollection of our desires. The socks in Drummer are scuffed along the knees, echoing signs of sexual activity. The artist amplifies ideas of public sex and cruising through the space itself: the walls and floor are bare tiles, reminiscent of a changing room or public toilets. The tension between the items of clothing – discarded remnants from former conquests – and the surrounding rods and wires evokes O’Brien’s fantasies and memories. The work considers what’s been left behind.

The white vest in Lover is a garment that has long been associated with butch – and often working-class – queer masculinity and public sex. Its inclusion conveys the essence of cruising: a hunger to keep looking for the right person, the right image. Yet, the surrounding barbed wire instils an air of danger – as if to reach out and touch this haunted, queer relic is to expose yourself to violence as much as to intimacy. ‘Waiting for the Sun to Kill Me’ is so difficult to look away from because it forces you to consider the consequences of looking. These sculptures, ostensibly about desire and eroticized bodies, are – literally, physically – wrapped in the darkness and potential for violence that has informed the history of queer sex. This exists hand-in-hand with the idea of public sex – attested to in the scuffed socks, a lingering memory of dropping to your knees for a fleeting encounter – to which the exhibition title alludes. From one side, as you look through the glory hole, you can see Lover: vestiges of eroticism surrounded by both the promise of sex and the spectre of violence; the wire around these sculptures makes desire seem like a dare.

O’Brien captures something about how we try to articulate, and act on, our desires. He loads each article of clothing with meaning, an erotic archetype or fantasy. These sculptures – and the histories of desire they contain – are hinting at a relationship with late capitalism; the articles of clothing that are incorporated gesture in the direction of commodification. The white vest and football socks suggest a kind of sexual performance that can be bought and donned like a costume, but their relationship with consumption remains abstract. Through twisting these garments, O’Brien tests not only their physicality but their efficacy as symbols of sexuality. It isn’t just the sculptures that are confrontational, but the memories and emotions they (re)create. These works are ghosts raging against being lost or left behind, unremembered.

Jack O’Brien’s ‘Waiting for the Sun to Kill Me’ runs at London’s Ginny on Frederick until October 17, 2021 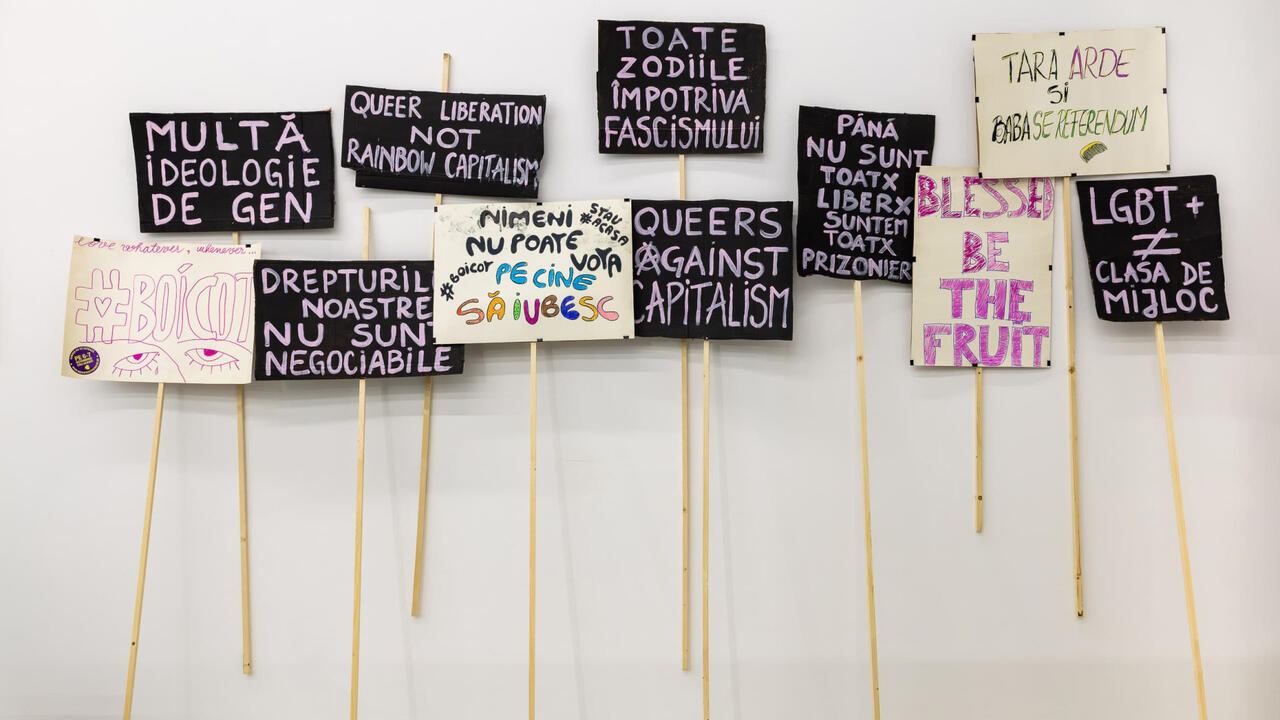