Time's passage, the preciousness of human labour, the beauty of banal things and the serendipity of daily life have all become hallmarks of Jim Hodges' work. Although seeming to break with the understated, home-spun quality of his previous sculptures, drawings, photographs and installations, his recent show on the campus of the California College of Arts and Crafts continued to embody all of the above sensibilities. In fact, it did so in a way that further opened his already expansive project, incorporating aspects of performance, documentary film, and sound.

Consisting of seven simultaneous video projections, Subway Music Box (2000) was ostensibly a celebration of that indigenous urban animal known as the busker. Presenting a rotating selection of wildly disparate musical numbers by 24 buskers of extremely varied talent, style, choice of instrument, age and ethnic background (interestingly, there were no women in the mix), the installation was alternately assaulting, funny and heartfelt.

Depending on which side of the bed you get out of, the subway busker can represent the best or worst of urban experience. Essentially intrusive, noisy, and seemingly ubiquitous, these beggars with an instrument are frequently more annoying than inspiring. The good citizens trapped on the platform, wanting only to be on their way,are literally a captive audience. Rarely succeeding in providing a moment's respite from the hustle and bustle of city life, these underground Springsteens and metro-station Yo-yo Mas more often than not simply contribute to the cacophonous din that batters your average working stiff into submission and sets the wheels of future spree killers spinning.

Yet the busker also represents those two tenets fundamental to any democratic society: freedom of movement and freedom of speech. Bearers of a tradition that is as old as the first village, these maligned modern-day troubadours are perhaps the last vestiges of the Medieval carnivals of which Mikhail Bakhtin writes. As strangers presenting bizarre spectacles, they provoke both gaiety and fear. Their theatrical eruptions disrupt daily routines and offer incitements to spontaneous celebration, uncivil-ised behaviour, debauchery, and lawlessness. Anarchists, hippies, gypsies and drop-outs, they offer a glimpse of an alternate world, a free-flowing Situationist Babylon of continuous leisure where days and nights are spent drifting from party to party.

Drawn to these more provocative aspects of the busker, Hodges' installation not only proposes a reinvigoration of urban life but exhorts us to open our hearts to the carnival. Like Baudelaire, who disdained shaking hands without the protection of his pink gloves, yet who wrote affectionately of Parisian rag sellers, Hodges is a poet of the streets, a Symbolist with the heart of a Social Realist. A synaesthetic feat, Subway Music Box paints a picture of New York with bold strokes and bright colours. Eloquently, the installation finds harmony in the clash of disparate sounds, bodily movements, and the bunker-like settings. Similar to Chantal Akerman's D'Est (1995), Subway Music Box focuses on a particular people in a particular place. Yet whereas D'Est formally references Structuralist film in its presentation of unmoving, blank-faced figures captured momentarily by a passing camera, in Subway Music Box it is, significantly, the people who perform, moving within and through the frame of Hodges' unblinking lens.

Across the bay, in Anthony Meier's turn-of-the-century townhouse, Hodges presented ten modest works. Bringing together fragments of text and musical scores, many of the show's pieces relied on chance operations to give voice to themes of love, nature and mortality. One work, A line drawn in the dark (after Subway Music Box) (2000), consisted of slices of 24 separate musical scores taped together. Another series of ten related drawings featured words or phrases rendered in coloured squares on graph-paper. Equal parts Burroughs cut-ups and concrete poems, the endless possible combinations of 'Happiness', 'Everyday', 'A Tree', 'We Ours', and 'Melting a Mountain', to list just a few, delved into sentiment without becoming sentimental. Something of an alchemist, Hodges often conjures beauty from the most mundane of materials. In three fragile works, he crafted flowers by cutting tiny sections out of sheets of tissue paper. Leaving the flowers attached to the cut sheets, these works perform the reverse operation of his well-known pieces in which silk flowers are pulled apart and their remains strung together and suspended from the ceiling.

By-products of a keen awareness of what Walt Whitman called 'life, now compact, visible', all Hodges works take aim at the heart of our transitory experience. And more often than not, they connect. 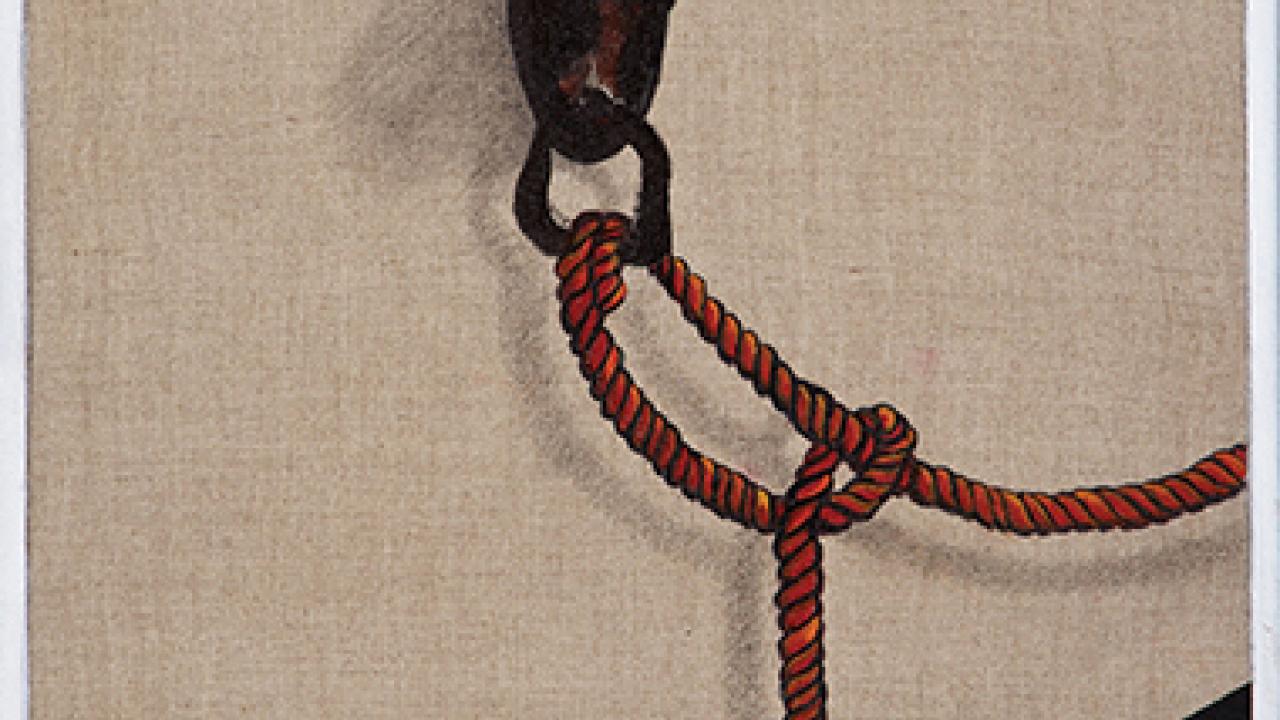