The Language of Things 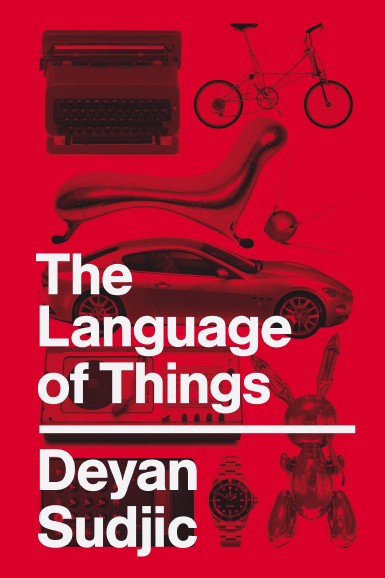 It is the year of the object. MIT’s psychologist of all things technological, Sherry Turkle, has released Falling for Science: Objects in Mind, a book about the relationships we develop with our electronic friends; the director of Helvetica (2007), Gary Hustwit, is onto his next documentary, titled Objectified, which will explore the origins of and people behind the things we take for granted; and now there is the new book The Language of Things (2008) by erstwhile Observer architecture critic, Domus editor and director of London’s Design Museum, Deyan Sudjic. In five chapters Sudjic attempts to expose, within the categories of ‘language’, ‘archetype’, ‘luxury’, ‘fashion’ and ‘art’, whether the people who design the things we surround ourselves with are merely marketing geniuses who make us buy beyond our needs and means, or whether there is still a mote of responsibility, even creativity, left in the fields of product and industrial design.

While Sudjic excels at articulating the history, message and meaning of certain objects (his meditation on the iconic Anglepoise lamp is especially fluid), this question is never really clearly answered and, worse, is often obfuscated by tortured analogies (this reader was particularly exhausted by the extended consumer-as-fatted-goose metaphor in the introduction). Precious little argument threads the chapters together: instead, they read like discrete pieces. So the book concludes flatly, with little revelation or constructed opinion and an overemphasis on the value of objects, leaving the reader with the feeling that the language of a thing must be interpreted via its worth. Indeed, even in the chapters that do not revolve around luxury, the attention spent on design commerce is thorough.

In the introduction, Sudjic recalls something Dieter Rams once said about Braun appliances when he was the design director of the company: he compared Braun products to English butlers, ‘discreetly invisible when not needed, but always ready to perform effortlessly when called upon’. Sudjic misses an opportunity to use this as a jumping-off point to discuss our obsession with those elements of design that make us think we need the fastest, most complicated, multi-functioning objects.

Instead he moves on to a revealing story of being lured into a duty-free airport electronics shop to buy a new laptop computer. It is the fifth he has owned, he divulges, in eight years. If there is any question as to what luxury in the world of design is, perhaps it is that in developed countries people can afford a new computer every eighteen months (or the author’s assertion, on the very first page, that ‘we’ all have plasma screen televisions in every room of our homes).

The book suffers from too many entry points and not enough cohesion to make a real statement about design today and what it signifies outside the consumer realm, filtered through commerce and class. While there are plenty of connections – real and imagined – between design, art, fashion, luxury and consumption, Sudjic’s examples simply don’t satisfy any questions about overcoming the murky ethical – not to mention economic – landscape in which they all exist.