Life After Death: Who Killed Tupac and Biggie?

The 9 March marks the 21st anniversary of the death of Christopher Wallace, also known as The Notorious B.I.G., or Biggie Smalls, the standard bearer for Sean 'Diddy' Combs's New York-based Bad Boy label. That spring day in 1997 should have been one of celebration for Combs and Wallace, since it would see the release of his exceptional double-album, Life After Death. It was widely remarked at the time that the record – released posthumously – was eerily titled, presaging, as it did, the unsolved shooting of Biggie in plain sight in Los Angeles. At the same time, fatalistic themes run throughout the rapper's back catalogue too, particularly a macabre sense of the finitude of a life lived in the streets of Brooklyn's Clinton Hill and of the hedonistic or anesthetizing pleasures one might enjoy in the meantime. All of this finds resonance in the USA Network's Unsolved: The Murders of Tupac and the Notorious B.I.G., which began airing in the US last week.

A carefully-made procedural drama, the show is typical of our current era of 'prestige' (high-quality, important, serious) television and seeks to tell the story of the killings of Biggie Smalls and his chief musical rival Tupac Shakur, who was fatally shot the year before, in September of 1996, in Las Vegas. In the mid-'90s, conspiracy theories abounded as to the connection between the two deaths, though many put the murders down to a gang-related spill-over from the 'East Coast v. West Coast' rivalry that dominated rap music at the time. The murders remain unsolved, and in the pop historicizing tradition of Oliver Stone, the show attempts to add rich detail to a high-profile case two decades earlier, while also undertaking – or at least performing – suggestive forensic work of its own.

Unsolved is the work of Kyle Long, a director and producer on the 2016 installment of the anthology American Crime Story: The People vs. O.J. Simpson. Both of Long's projects revisit mass media events that were formative for a generation now in their thirties seemingly ready to dedicate, or binge on, ten plus hours considering the details – interpersonal and arcane – that were obscured by the headlines. For those not yet alive to see the 'trial of the century', it is difficult to overstate public fascination with it for most of 1995. Simpson's indictment in the murder of his ex-wife Nicole Brown Simpson and her friend Ronald Goldman – and his ultimate acquittal – defined a great deal of popular culture for the rest of the decade. For instance, common white SUV trucks like the one O.J. drove as he fled the police on Interstate 5, or black Isotoner gloves like those shown during a pivotal courthouse scene suddenly took on fresh associations. Moreover, characters from the trial became fodder for other genres – Judge Lance Ito lives on in the world of memes, while the Jackie Chiles character on Seinfeld parodied the Simpson defence attorney.

But as The People vs. O.J. Simpson demonstrated, the trial and its aftermath were a synecdoche for deeper, often unspoken dynamics of race, gender and class, and the entire affair was a perfect site of collective projection (literalized in the televised viewing parties, from Oprah to Times Square, which occurred the day the verdict was handed down and were to birth the genre of the 'reaction video'). In this sense, Unsolved is an important counterpoint to its predecessor, lingering as it does on an inverse kind of story: if O.J. Simpson's case was hyper-litigated, the murders of Tupac Shakur and Biggie Smalls – at the time some of the most commercially successful artists in the world – remain unsolved and, aside from a belated civil trial, were scarcely litigated at all.

Indeed, the exigency of the first episode of Unsolved is provided by a suit against the LAPD brought by Biggie Smalls's mother, Voletta Wallace, some ten years after the case had run cold. In a scene that flashes back to April of 1997, she confronts LAPD Detective Poole (played by Jimmi Simpson) and demands to see 'the man in charge'. He asks what information she can provide, before remembering that it is the responsibility of the police to help her, and not the other way around.

For all of its current pop dominance, hip-hop in the mid-1990s was still seen by conservative leaders and the alarmist media as a corrosive social force, and it is this emphasis on the rapper's personhood that reclaims the case from both the obscurantism of legend and the racism of American popular culture. Ms. Wallace's demand re-centres the case around the murder of a young man, her son, named Christopher, rather than a symbol of urban life.

Twenty-one years ago, the 'third way' Democrats helped lead the charge for the containment of young black men, on the one hand culturally, as in Tipper Gore's quest for 'Parental Guidance' stickers, and on the other literally, as in Hillary Clinton's invocation of 'super predators'.  From the perspective of Tupac or Biggie alike, their work exemplified a violent 'outlaw' form of American capitalism. While they inhabited the archetypes of the poet or world-weary man on the street, much of their material rhapsodized, even glamourized 'the hustle', in effect conjoining the southern California 'gangsta' aesthetic with a northern California (or Wall Street) ethos of entrepreneurialism and conspicuous consumption. Lyrics ranged from the boastful (as in Biggie's 1994 classic 'Juicy', an ode to upward mobility with lines such as 'Condos in Queens, endo for weeks / Sold out seats to hear Biggie Smalls speak / Livin' life without fear / Puttin' 5 carats in my baby girl's ears') to the outright incendiary, as in Tupac's 1996 'Hit 'Em Up', in which he declares 'I'm a self-made millionaire / Thug livin' out a prison, pistols in the air / Biggie, remember when I used to let you sleep on the couch?' 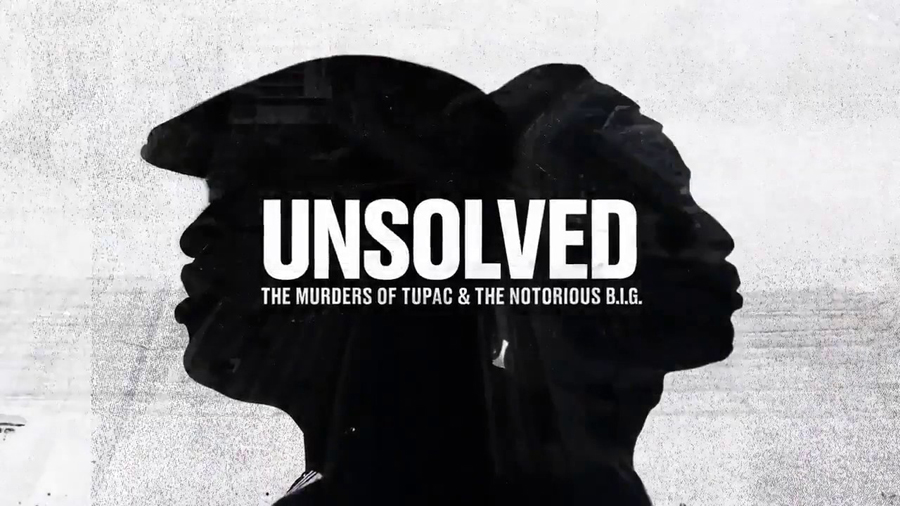 A long-standing defence of these darker passages in hip-hop argues that rappers like Tupac and Biggie were merely messengers of an experience of contemporary life that existed in parallel to a more-polite mainstream. This is not to say, however, that the lives depicted in their songs were not plainly American ones: lyrics connect to a tradition of cowboys or mafia dons and underscore a winner-takes-all system in which we are left to fend for ourselves and, if possible, take what we can. If success in American life is measured by the size of our homes and the cars in the driveway, why should hip-hop be any different? For people like Tupac and Biggie, more institutionalized forms of gangsterism – gaming the system for real estate or finance wealth – were structurally unavailable. Indeed, for Voletta Wallace, Christopher's stories 'brought tears to her eyes.' For all of their violent content that offended white liberals and conservatives, they also mirrored a world wrought by decades of anti-black legislation. An initial argument in Unsolved is that by 'opting in' to an outlaw lifestyle, these men were unworthy – at least in their own lifetime – of protection and justice by the state. Ultimately, Unsolved risks further exploitation, cashing in on a new wave of '90s nostalgia; but it is off to a promising start, measuring the incremental gains we have made in the ensuing years while highlighting the unsettling social undercurrents that persist.