What to See During Mexico City’s Art Week

Museo Universitario Arte Contemporáneo (MUAC) showcases a terrific exhibition on motherhood, with contributions from over 30 international artists and collectives – many from Latin America. Instead of romanticizing motherhood, the artists critically discuss this topic in all its cultural, social, political and economic complexity. At the heart of the argument mounted by the exhibition is a critique of the socially accepted disparity between productive and reproductive labour. For example, the multimedia work GLOBAL BELLY (2017) by the German collective Flinn Works sheds light on transnational surrogacy, presenting interviews with a doctor in India, a gay parent in Germany and a surrogate mother in the US. And in her video performance Afrodita (2017), Núria Güell documents the negotiations she had with a museum about reallocating the cost of producing a project to pay her social security contributions for seven months, which in Spain is the minimum required for eligibility to receive maternity benefits. ‘Maternar’ (To mother) engages with the reproductive stresses that the capitalist system imposes on our bodies. It illustrates the frustrations for women caused by societal expectations, highlights representations of motherhood that lead to exclusion and racism, and also exposes the degree of legislative power that some governments have over who gets awarded parental authority.

In his show at LABOR, ‘Es Cadáver, es Polvo, es Sombra, es Nada’ (It is Corpse, It is Dust, It is Shadow, It is Nothing), Antonio Vega Macotela exhibits the latest chapter of his longstanding project A balada dos Q’aqchas (The Ballad of the Q’aqchas, 2018–22). Worked on in collaboration with an anonymous group of hackers, this project reflects on the history of the Q'aqchas, a multicultural group of illegal miners active in the Potosi region of Bolivia during the 18th century, a period when the country was under colonial rule as part of ‘New Spain’. The exhibition draws parallels between the activities of the hackers and miners, and examines each group’s disruptive relationship with the power structure of their respective era. As the Q’aqchas did in the past, the hackers exploit loopholes in the system to gain advantage – but instead of mining minerals, they extract the most valuable material in today’s economy: information.

Raúl Guerrero has been active in the Southern California art scene for over four decades, but it is only in recent years that his work has gained recognition beyond his home region of San Diego–Tijuana. The span of Guerrero’s practice has over time included sculpture, photography and performance, but since the late 1980s, his work has centred primarily on painting, a medium through which he explores the representation of place in relation to identity. He focuses in particular on Southern California and its complex cultural history, one that has been formative for his own multi-layered Mexican American identity and the development of his diverse artistic and cultural influences. Guerrero creates works – ones full of satirical wit – that are informed by colonial narratives and campaigns, such as the settlement of the Great Plains, the American West and the annexation of Mexican lands. At Gaga – his first-ever exhibition in Mexico – the artist presents paintings from the series ‘Historia y Leyendas de Las Calles de México’ (Stories and Legends of the Streets of Mexico City, 1993–98), in which he introduces us to his personal vision of the metropolis. It is one in which Guerrero blends official historical narratives with stories that features people and elements that have become woven into city's popular culture: a sphere of reference in which photographer and political activist Tina Modotti and comic actor Cantinflas coexist with American tourists and taxi drivers.

‘Tartán’ (Tartan) is the first exhibition in Mexico for Sofia Berakha, an Argentinian artist who studied on the renowned Artists' Program at Torcuato Di Tella University in Buenos Aires and with Jutta Koether at the University of Fine Arts, Hamburg. Here Berakha presents 11 large-scale oil paintings (all 2021) in which rigid surface structures that characterise the inner city, such as floor tiles, pedestrian crossings and the grid-like rows of windows on buildings, dissolve into abstract, surrealistic patterns. Balance sometimes appears disturbed and orientation lost. Some paintings, such as Dress Code View (2021) are furnished with chains, conveying an ambiguous tension between entrapment and adornment. For the presentation of this new body of work, Lodos has stripped down its gallery walls, creating a stark contrast between Berakha’s emotionally charged images and the bare-bones space in which they are displayed.

Since 2019, artist Tania Ximena has been living in Amecameca (a town that lies close to two volcanoes located south-east of Mexico City) with a group of tiemperos: practitioners of a pre-Hispanic form of meteorology that can predict the influence of the weather on the annual harvest cycle by observing the activity of volcanoes, rivers and animals, and the condition of the landscape as a whole. This ritualistic practice manifests how indigenous knowledge and culture are intertwined with nature, weather, the annual harvest and the unfolding effects of climate change. Ximena’s first solo exhibition at Llano features a map-like floor piece and two paintings that document her experience of learning the ritual practices of her Amecameca hosts. The works – all from the series ‘Eclíptica Solar’ (Solar Eclipse, 2022) – adopt the perspective offered by the position of the town, one that features its nearby volcanic neighbours, Iztaccihuati and Popcatépeti (landmarks distantly visible from the Llano) – here Ximena illustrates subjects including the change of colours in the landscape over the seasons, and the position of the sun during the Equinox.

Laboratorio Arte Alameda – housed in the 16th-century building of the former San Diego Convent, in the city's Centro Histórico – is a contemporary art institution with a special focus on technology. In their latest exhibition, ‘Escucha profunda: Prácticas hacia el mundo al revés’ (Deep Listening: Practices Towards a World Turned Upside Down), four ambitious solo projects by Mexican artists Yutsil, María Sosa, Naomi Rincón Gallardo and Fernando Palma Rodríguez reactivate Mesoamerican bodies of knowledge as a form of resilience against capitalism. Palma Rodríguez has created the multimedia installation Tlazohuelmanaz (Love Offering, 2021) in which he proposes a contemporary reinterpretation of the hieroglyphic writing system of the Aztec language Náhuatl, as a means of preserving the philosophy and linguistics of a particular indigenous culture. Naomi Rincón Gallardo’s video, Opossum Resilience (2019), is a speculative and satirical fiction in which Mesoamerican symbols and myths, interspersed with popular music, provide the material for intersectional feminist, decolonial and queer narratives of resistance. In their respective projects María Sosa and Yutsil use the body as a medium to expose the violence of a heteropatriarchal and colonial logic. Rincón Gallardo and Palma Rodríguez – along with Mariana Castillo Deball and Santiago Borja Charles – are due to represent Mexico in this year’s Venice Biennale.

Anna Goetz is a curator and critic based in Mexico City, Mexico. Previously, she was curator at MMK, Museum für Moderne Kunst Frankfurt am Main, Germany. 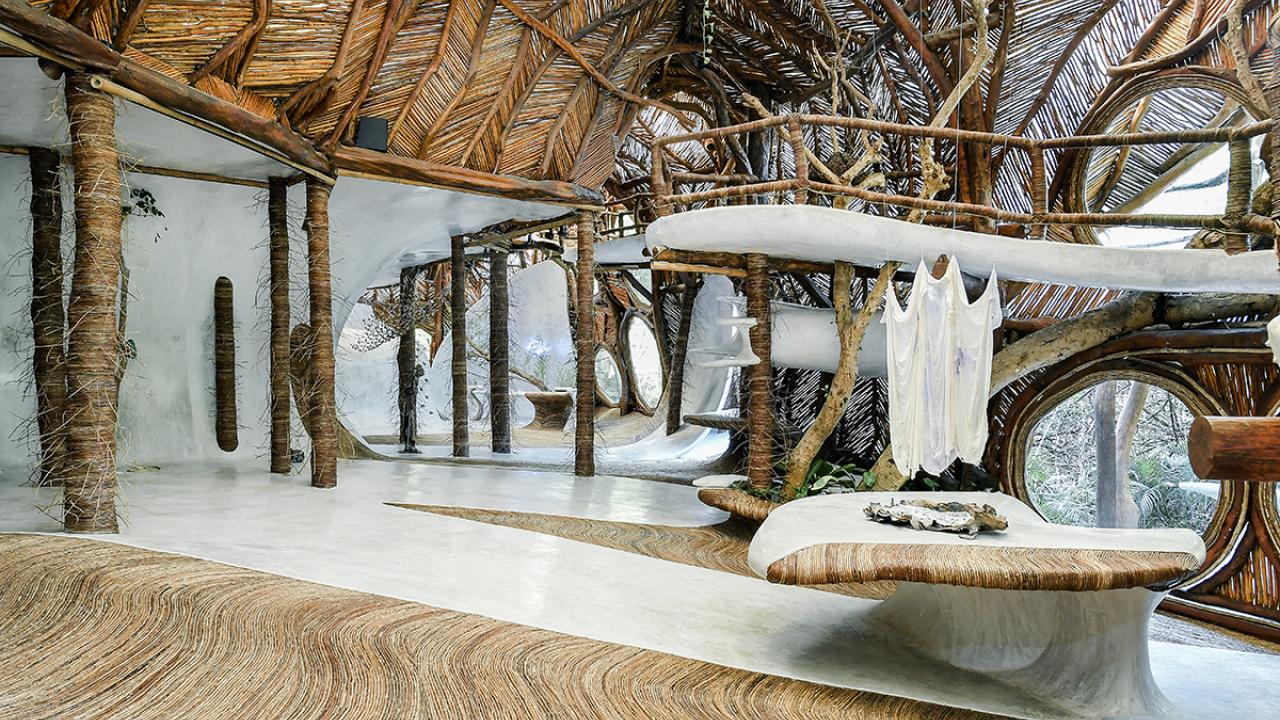 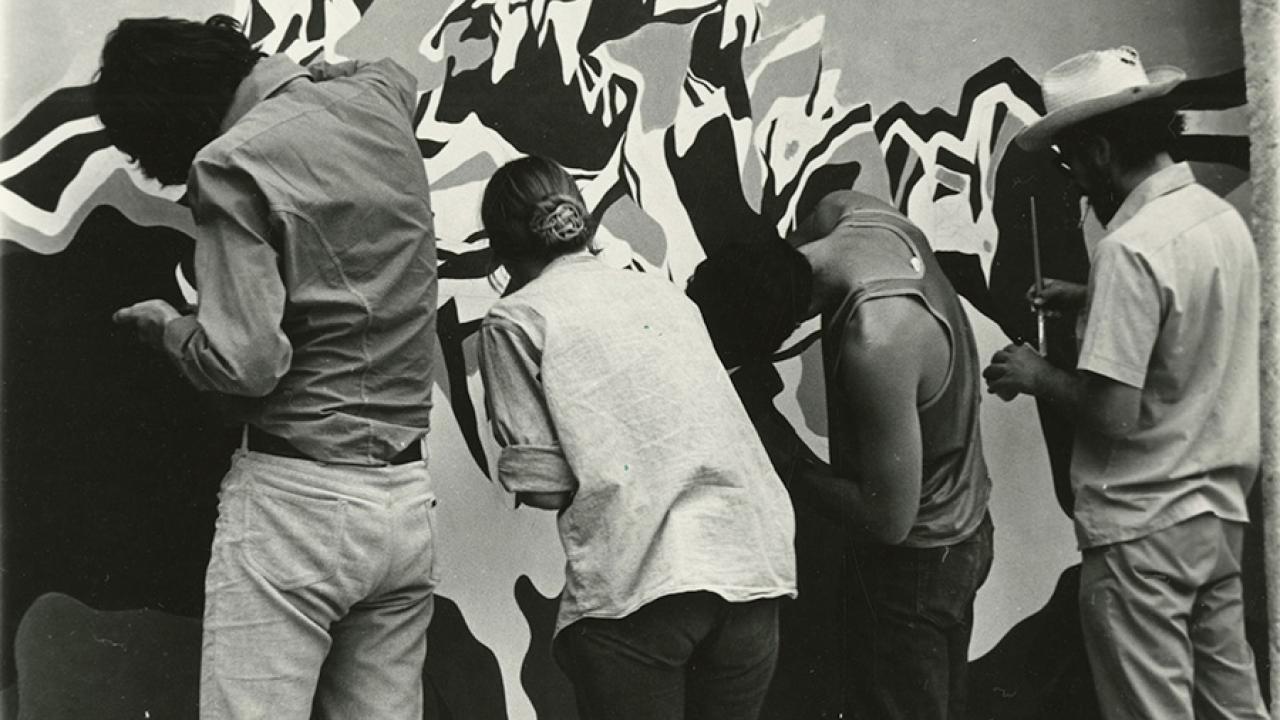 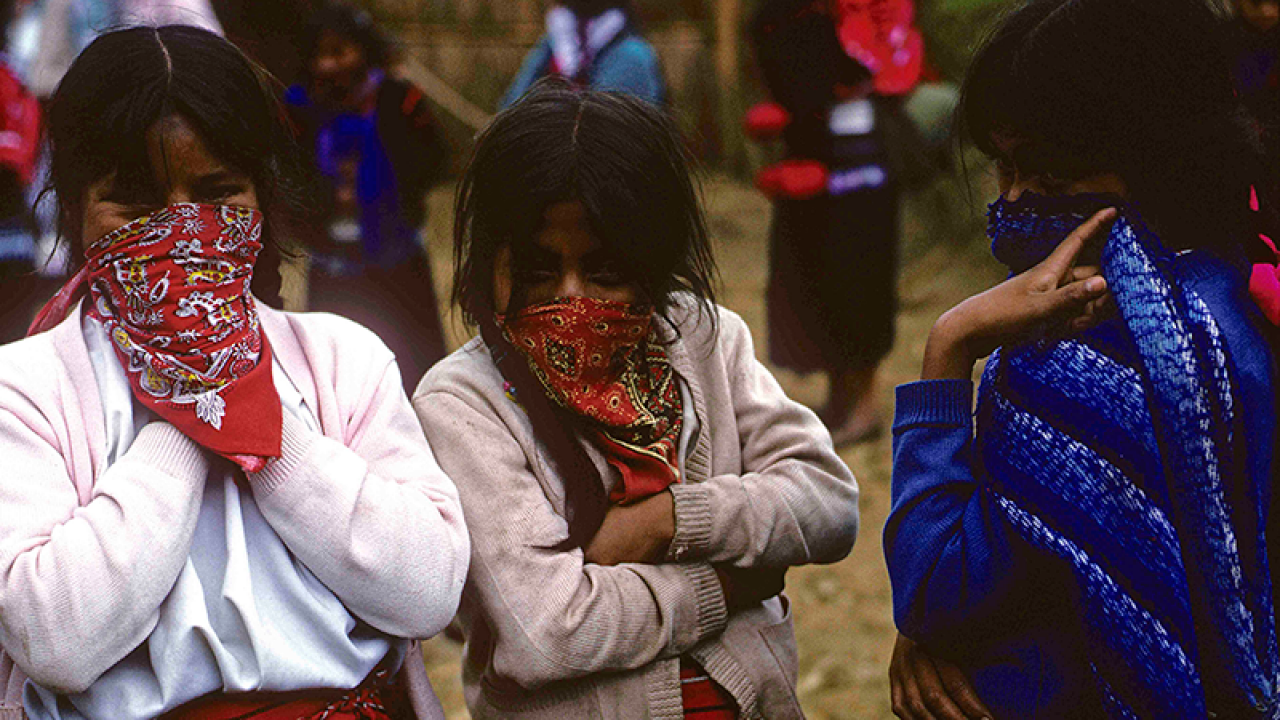