BY Oliver Wainwright in Culture Digest | 17 MAY 09

O
BY Oliver Wainwright in Culture Digest | 17 MAY 09 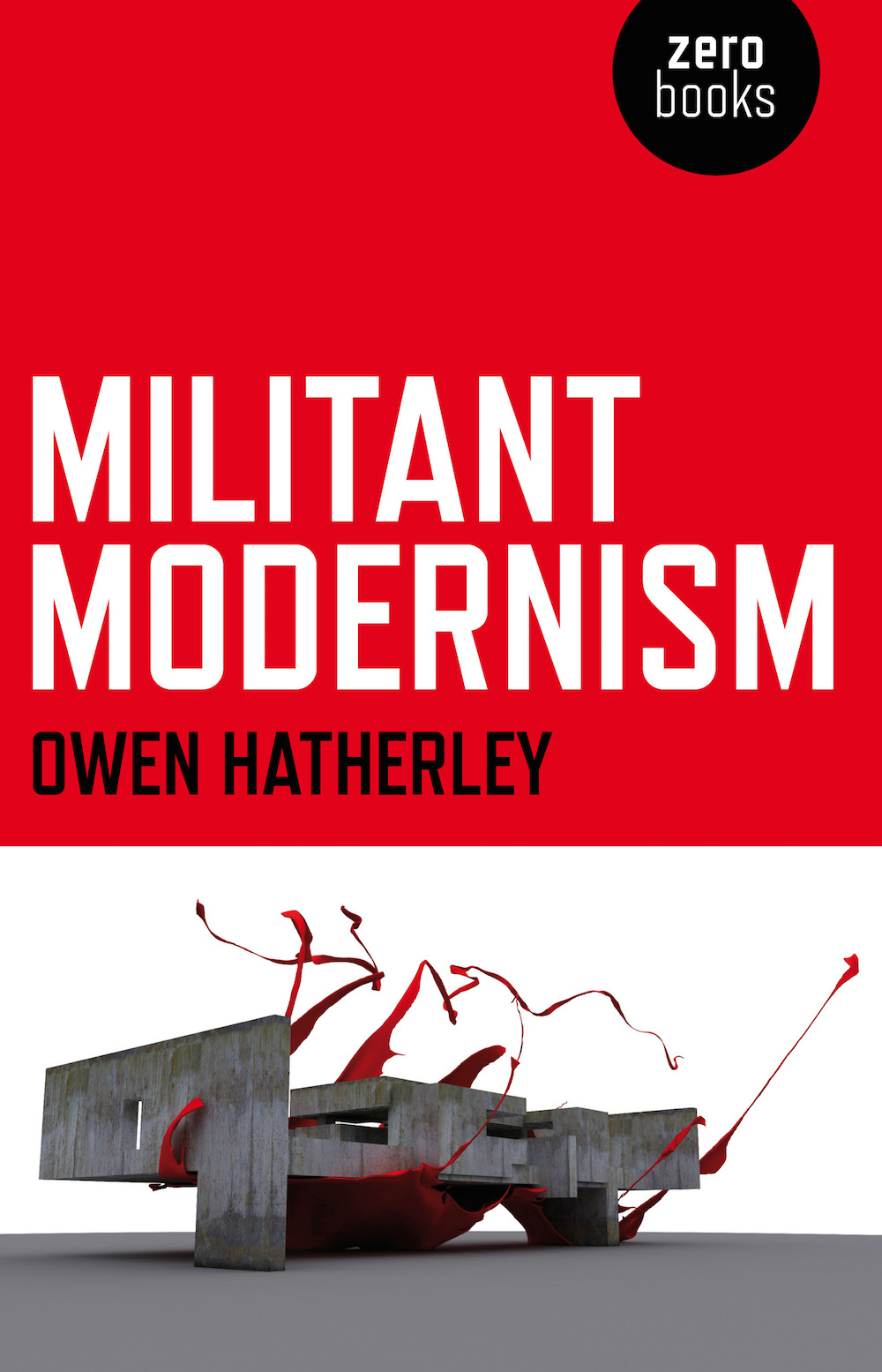 ‘A defence of Modernism against its own defenders’ trumpets the blurb to Owen Hatherley’s feisty new diatribe, Militant Modernism, which attempts to seize the movement from the hands of its complacent caretakers and reawaken its radical potential from the cosy annals of critical history.

Taking Brutalism – the 1960s’ architectural vernacular of his hometown Southampton – as a starting point, Hatherley sets out to reclaim Modernism as a counter-culture and essential part of the Leftist political programme. Defending it in four eclectic, sometimes esoteric, chapters against charges of brutality, totalitarianism, sexlessness and alienation, he takes us on a whirlwind journey from Vorticism through Soviet film theory to an analysis of Bertolt Brecht.

Hatherley is a prolific and entertaining blogger, his prose quick-witted and engaging. In translation to the printed page, however, his text becomes distractingly dense with references and footnotes, a frustrating substitute for hyperlinks and embedded videos. The perceived gravitas and permanence of print also seems to have led to rather anxious name-dropping: Hatherley’s text is now peppered by references to Jean-François Lyotard and Slavoj Žižek that slow his agile insight with the weight of its own erudition.

But his argument is genuinely passionate and amusingly infused with ardent soapbox rhetoric, as he doles out vociferous attacks on such ‘establishment’ figures as popular philosopher Alain de Botton who, as a purveyor of architectural truisms, is damned as encapsulating ‘all that is malign in British intellectual life’. In the same breath, he launches a tirade against the contemporary emergence of Modernism-redux for the gulf it fosters between itself and the everyday – a gulf that de Botton’s dissemination of what Hatherley terms ‘Ikea Modernism’ is, presumably, attempting to bridge.

In its vigour Hatherley’s critique makes for a compelling read, particularly his writing on architecture (his primary area of specialism) which offers up some fresh approaches. His comparison of London’s Barbican Centre with the despised Thamesmead estate, while class-based, elicits some persuasive truths about the influence of Brutalism, reading it as a continuum that still defines the essence of contemporary British art and music by ‘a certain crapness, a refusal of ease and slickness in favour of angularity and harshness’.

In its embrace of the fringe, Hatherley’s book gives a voice to those written out of the dominant history of Modernism. He favours the earthy realities of Wyndham Lewis’ Vorticism over the polished, published shards of Italian Futurism and shines a light on the forgotten, and surprisingly lyrical, built history of Soviet Constructivism in a challenge to the pervasive Western hegemony propagated by Philip Johnson’s ‘pinched, mean-spirited selection of white boxes’ for his 1932 ‘International Style’ exhibition at New York’s Museum of Modern Art.

Stopping short of offering a manifesto for action, neither is this book wholly a nostalgic dérive through the ruins of the past; lying somewhere between the two, Hatherley hints at compelling framework for how we might proceed.