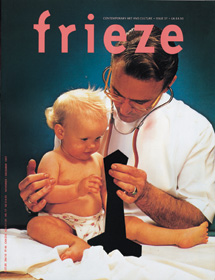 Although best known today for his sculpted furniture and interiors, Carlo Mollino always considered himself an architect, building his first, surprisingly complex, architectural project - the Headquarters of the Agricultural Federation, in 1933 - only two years after completing his degree at the Politecnico di Torino. But his multi-disciplinary activities provided him with a seemingly endless vocabulary with which to articulate an aesthetic solution to Modernity, taking by-roads into furniture and set design, fashion, skiing, aeronautical design, literature and photography. Carlo Levi, when reviewing Casa Miller, Mollino's studio, for Domus in 1938, suggested a strange fictional character inhabited his buildings, as though his alter ego were resident in the spaces of his architecture. Levi likened Mollino's houses to a shell that takes on the form of the creature that lives within it, providing us with a complex autobiography of its inhabitant.

One overriding factor visible throughout Mollino's work is his devotion to the writings of the critic and historian Benedetto Croce and the latter's quest for the translation of individual life-experience into art. Mollino often quoted Croce's 'Brevario di Estetica' 2 and even went so far as to believe himself the exclusive interpreter of Croce's idealist position within the field of architecture. Mollino's development has been perceived as opening from a Futurist position and then passing to a reinterpretation of Croce, to which Mollino added his own type of organicism, most obviously displayed in his furniture design and mountain retreats. This integration of skeletal structures within an aerodynamic-organic aesthetic is quite distinct from both the position promoted by Mollino's contemporaries, such as Zevi in his APAO (Association for Organic Architecture), and what the architectural historian Manfredo Taufi rather dismissively called the 'Anglo-Saxon organicism' of the period - presumably it was the accompanying puritanical stance that annoyed him. 3 Perhaps the most complete examples of Mollino's organic lyricism are the hotel and sled-lift lodge built in 1946-7 on the Lago Nero in Sauze d'Oulx, and the later mountain retreat, Villa Cattaneo in Luino, where he strips the vernacular style down to a composite Futurist dynamic. Large horizontal elements are cantilevered on thin conical pilasters, containing the energy of tensed springs, to create a delicate structure that embraces the mountain. This technique, and the eroticised, streamlined details comprising sophisticated combinations of natural materials, such as solid wood, set against artificial materials like perspex or resin, are reminiscent of the complex supports Mollino developed for his furniture designs.

In many of Mollino's architectural spaces, the hierarchy of a linear perspective is suddenly interrupted, transported, via association, to another world: furniture becomes machines, silhouettes become the trajectories of aerial acrobatics or ski tracks, cutlery becomes propellers, the plan of his Teatro Regio a female bust. His devouring curiosity for an aesthetic solution to all modern myths and his passion for speed and reckless experimentation with it, could be described as what Enrico Crispolti called a 'Second Futurism' during the inter-war period. However, the eroticism inherent in Mollino's work is more reminiscent of the force of desire projected by another Futurist, Valentine de Saint Point, in her Manifesto of Lust.

Most of Mollino's architecture has been destroyed and it is his drawings, sketches, collages and photographs, stacked on all sides of the Archivio Carlo Mollino - a modest garage a couple of blocks from the Politecnico di Torino where Mollino was Professor of Architecture for 20 years - that are left to illuminate his world. In his photographs we are shown inside the private spaces of Casa Miller, which became a manifesto for his later interiors - the studio-garçonnieres designed for his friends Devalle, Minola and Rivetti - and which act as a decorative and spatially playful backdrop for many staged portraits of women. Within the walls of this two-bedroomed apartment, scenographically extended, all Mollino's lives coexist: his childhood, his adulthood, the present, the past, his memories and his aspirations. As in Borges' 'Garden Of The Forking Paths', he plays with reflections until we are no longer sure which space is real: we are left hanging between concrete, architectural space and another, imaginative one that is endlessly extended through the reflections of many mirrors, the satin of a woman's gown or the shine of her hair. Within these intermediary spaces, Mollino's alter ego invites us to participate in all destinies at once, giving us glimpses, through doors left ajar, of intimacy and soft upholstered calm. These erotic boundaries are marked by the shift between clothing and nudity, between us and the woman, or between the inert and the living - a capital takes on anthropomorphic characteristics and a Hollywood diva becomes a caryatid.

'Eroticism', wrote Mollino's biographer Giovanni Brino, 4 'appears obsessively as a leitmotiv in his entire body of work, turning up in various forms and various fields. Like all of Mollino's genuine interests, eroticism, in fact, permeates every field of activity in which the architect was engaged'. These staged photographic portraits, in which body, dress and architectural 'stage' meet, are his most comprehensive studies of the erotic. Mollino acted as both designer and stylist, taking total control over the shoot. Those dating from the 30s depict images reminiscent of Hollywood and the pages of Vogue, or the glamorous Surrealism of Man Ray. The later nudes, mainly Polaroids, are closer the pages of Playboy magazine: bright, garish, explicit, though no less compositionally sophisticated. Although they are always described as nudes it is vary rare that the model is actually naked: usually she retains one item of clothing, playing on the shift between dressed and undressed, and therefore never resting on the calm metaphysics of one or the other. The Polaroids were intended for Mollino's private use, and it is still with slightly coy reserve that they are shown.

Yet, it was through language itself that Mollino took his greatest step into the bizarre. His two unfinished novels map out a surreal collage, apparently informed by dreams. La Vita di Oberon (The Life of Oberon, 1933) and L'amante del Duca (The Duke's Lover, 1934-35) were both written for serial publication in magazines (Casabella and Il Selvaggio respectively). L'amante del Duca is often described as being autobiographical: the architect is Mollino's spokesman, his home is Mollino's studio, Casa Miller. As Casa Miller extends the space into never-ending fragments, so the novel, never finished, is followed by the words 'to be continued' - projecting hypothetical stories, stories within stories and fantastical outcomes, beyond the covers of the magazine. In the course of the narrative, the anti-pope swims with Marlene Dietrich and the motorcycle acrobat Ciro Beck speeds round the 'Australian wall' - Mollino had a sense of humour. But there was another text dear to Mollino: on his bookshelf, beside Croce, was Joris-Karl Huysmans' 1884 novel À Rebours, whose false environments seem to have inspired Mollino's most decadent work. Mollino used this novel as his 'bible of decadence', taking pleasure in Huysmans' extensive research into lighting, colours and sounds. When fully indulging in the bizarre and artificial, he could almost have been reconstructing the incredible home of Des Esseintes itself.

Judith Clark is a curator, fashion exhibition-maker, professor of fashion and museology, and co-director of the Centre for Fashion Curation, University of the Arts, London, UK.