Franklin Parrasch Gallery, New York, presents a selection of the late artist’s work in polyester resin that play with colour and light

There is something rejuvenating about peering into one of Peter Alexander’s polyester resin cubes at the end of a New York winter. Examining Small Cloud Box (1966), for example, is like plunging inside the miniaturized distillation of a southern California skyscape, hovering alongside yellow and purple clouds made from an opaque resin expertly infused within a translucent one. This feeling of suspension pertains to all of the cubes on display in Franklin Parrasch Gallery’s ‘Peter Alexander: Early Works, 1965–1972’, a show that serves as a tribute to the late Los Angeles artist, who passed away in May 2020.

The see-through, salmon-coloured Untitled (1966) contains laser beams of iridescent light, which are revealed to be refractions of the cube’s edges. Untitled (Sphere within Cube) (1965) is a study in reflection – a pale yellow volume containing a near-invisible detonation of echoing circles. Pink Blue Box (1967) is like a square matryoshka doll: a mystical object unveiling different colours within each other. Each box is a monument, a world unto itself, an exterior made interior. (It is not surprising to learn that Alexander studied with Louis Kahn – the great architect of light, shadow and form – before turning to artmaking.)

In 1972, Alexander stopped working with polyester after it landed him in hospital, although he returned to making cubes in 2005 using less-toxic polyurethane. One of his last pieces from this period, February 27, 1972 (1972), features three parallel strips of wall-mounted resin. These earth-coloured bars – thin and convex, their hues densest in the middle and thinning around the edges – look as if they might wriggle skyward if given the opportunity. Untitled (1970), a deep-blue streak of wax imprinted upon paper, glides from top to bottom, sky to sea. Moving closer, diving in, we catch new colours amidst the glistening blue, tracing each layer of wax that Alexander imprinted upon the paper.

Will Harrison writes about visual art and literature. His work has appeared in Art in America, i-D and BOMB, among other publications. 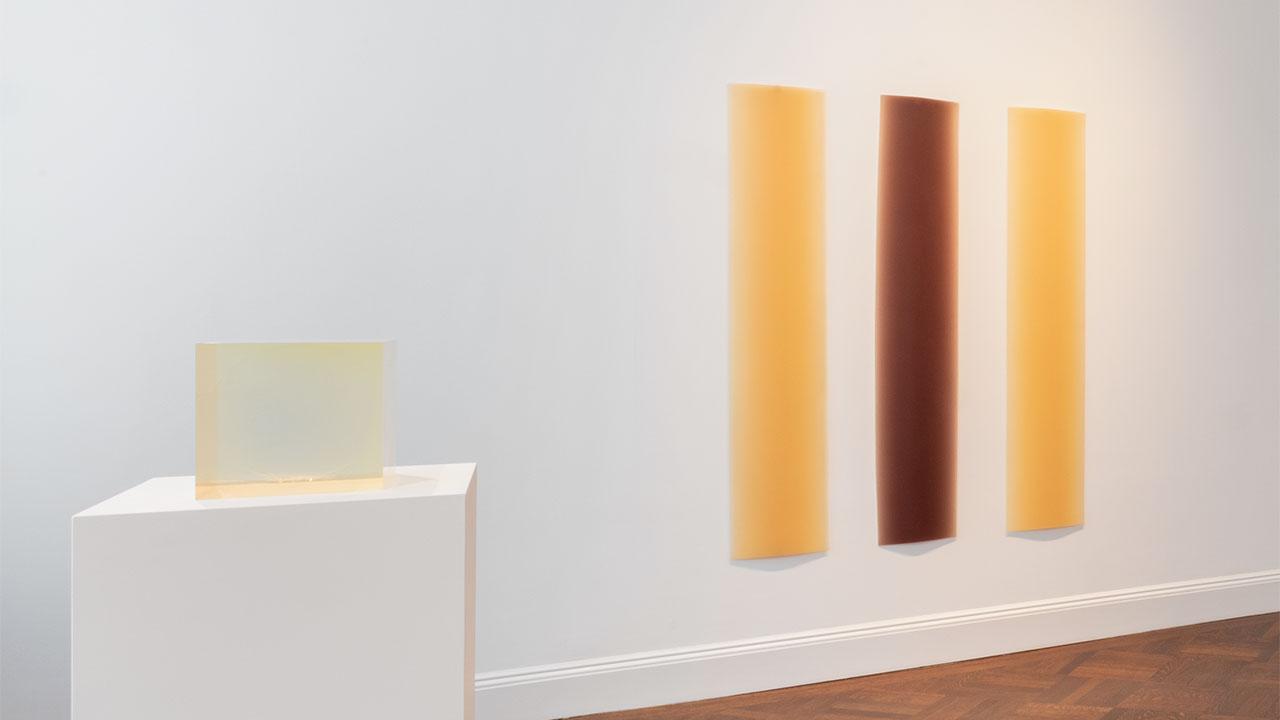 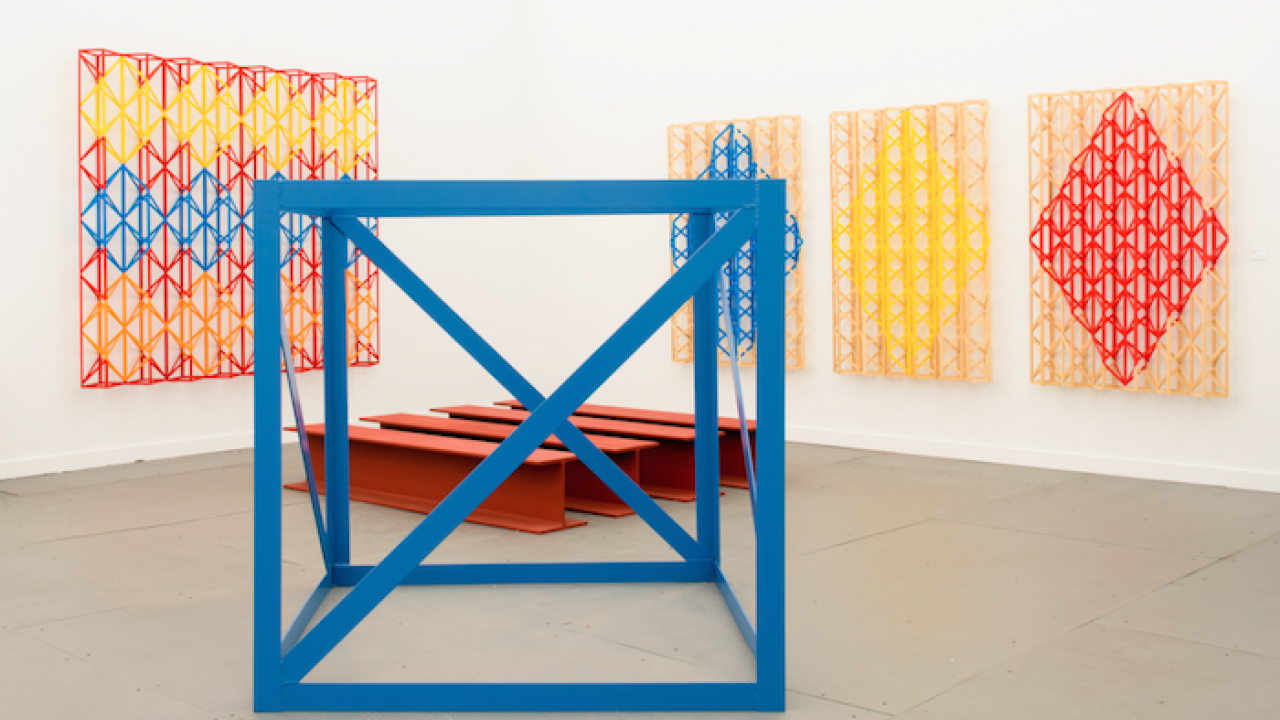 A section dedicated to rare solo presentations of 20th-century artists