Peter Roehr, who died in 1968 at the age of 24, edited just a few seconds from (mainly) American commercials and worked them into loops - a woman drying her hair (Haare 14 x, 1965); a rapid drive through a tunnel (Tunnel 11 x, 1965); a petrol station's revolving Gulf sign (Gulf II 9 x, 1965). The resulting sequences possess an almost abstract dynamism the individual fragments lacked. His serial montages also include objects such as movable characters, advertising photography, radio clips and typewritten characters (so-called 'typo-montages').

Roehr's stated goal was that 'the original function of the objects should be totally forgotten'. This is where his work differs from that of Andy Warhol (with whom he was compared), who set out to 'change material by organizing it without changing it'. In Warhol's work individual motifs were often almost ennobled. In contrast, Roehr generally dissolved the individual characteristics of images, signs and sounds, which he lined up next to each other with mathematical precision. At first it seemed as if Roehr had an obsession with Volkswagen and coffee ads - but this was probably the result of the influence of others, especially Roehr's supporter and collector, the dealer Paul Maenz, who worked in an advertising agency.

Despite the passage of time, Roehr's work still has a remarkable currency. The beginning of the computer era is recalled by the identical rows and numbered titles of the works on paper such as Untitled (GR-6) (1963), a typed square made of countless left parentheses, or Untitled (GR-8) (1964), which is based on the letter 'M'. Roehr developed the typo-montages partly on an IBM machine, aiming for the most similar series possible, and he also punched out square fields on found punch cards. Trying to prevent any sign of individuality from appearing in his work, the artist sometimes took suggestions for the formats to be used in the typo-montages or the motifs of his photography from others, and left the editing work to film and sound studios. He chose to model his system of order after the second law of thermodynamics, which states that all systems tend to come to rest when energy is equally distributed.

His contemporaries did not immediately recognise the quality of Roehr's work. In 1965, the Düsseldorf dealer Alfred Schmela rejected the artist's montages, claiming they were too similar to Warhol's silk screens and Arman's assemblages, and his works on paper were often confused with Concrete poetry. In 1971, however, Roehr's first retrospective was held in Leverkusen, and a year later Harald Szeemann included his work in 'Documenta 5'.

Roehr's series, with their dogged, tautological order, were in many ways so much in step with the trends of their times - among them the aesthetics of information theory, Structuralism and Minimal art - that their peculiarity long remained overlooked. From today's perspective, the sound montages especially throw curious shadows upon the German post-war era, which appeared to be dominated by a desperate need for hygiene. Roehr's repetitions of laundry detergent slogans (TO-10 'Cascade Contains'; TO-13 'On the Wallpaper'; TO-16 'Do you Know', all 1965) reveal a ubiquitous paranoia. Even the tiniest spot was pursued like a public enemy from the East, and the true dramas of the time were played out in the depths of our clothing - such as in the Cascade spot, where an authoritarian voice says 'Cascade has water softeners that force the grey out and oxygen that forces the white in!'

Another sound montage features a strangely euphoric woman's voice (TO-2 'Mornings the Family', 1965). The repetitive loop makes the stupidity of the perfectly organized day apparent: 'Mornings, take care of the family, and then the household: planning, shopping, cooking, day in and day out - and always fresh, full of zest and energy.' By the fifth repetition, the prevailing ennui changes to a padded, brainwashed indifference. That was also what Roehr's contemporaries experienced when they listened to sound montages for testing reasons: the artist was able to prove that the word 'Colibri' repeated for approximately forty minutes could drive someone mad: a few testers quit the experiment. However, even the least exciting series will come to an end - eventually. 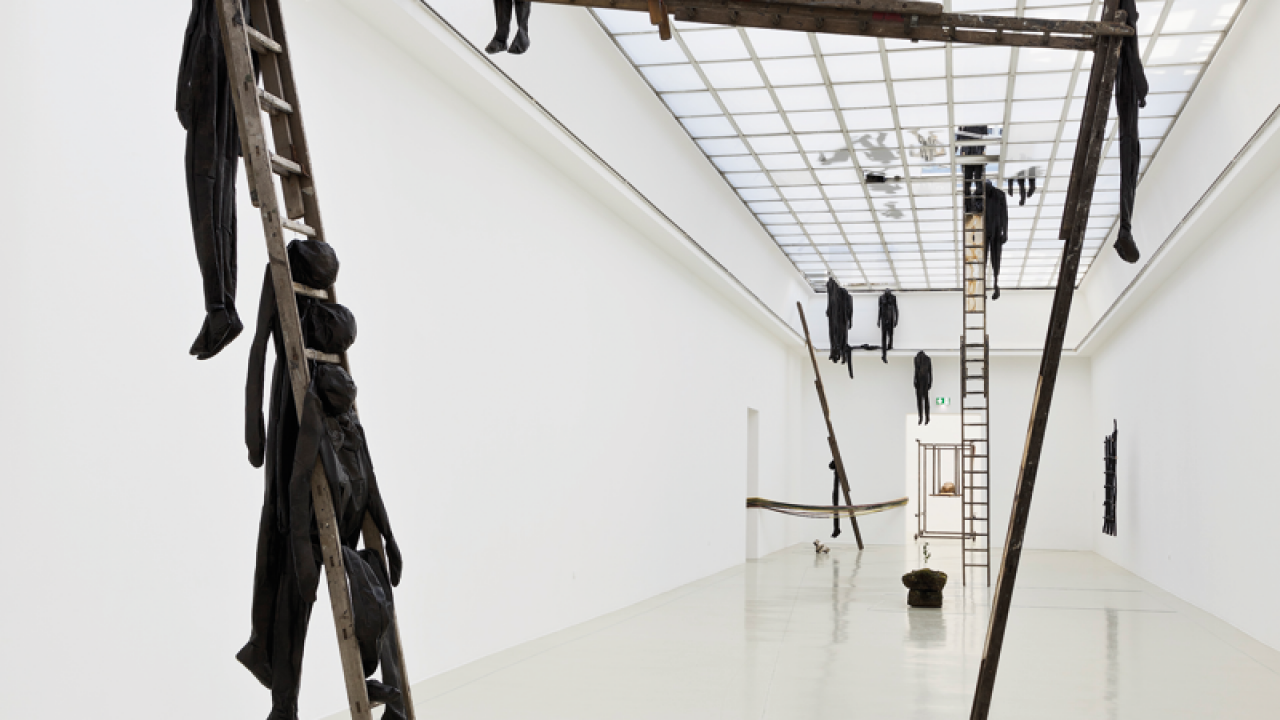 Features
Skin in the Game 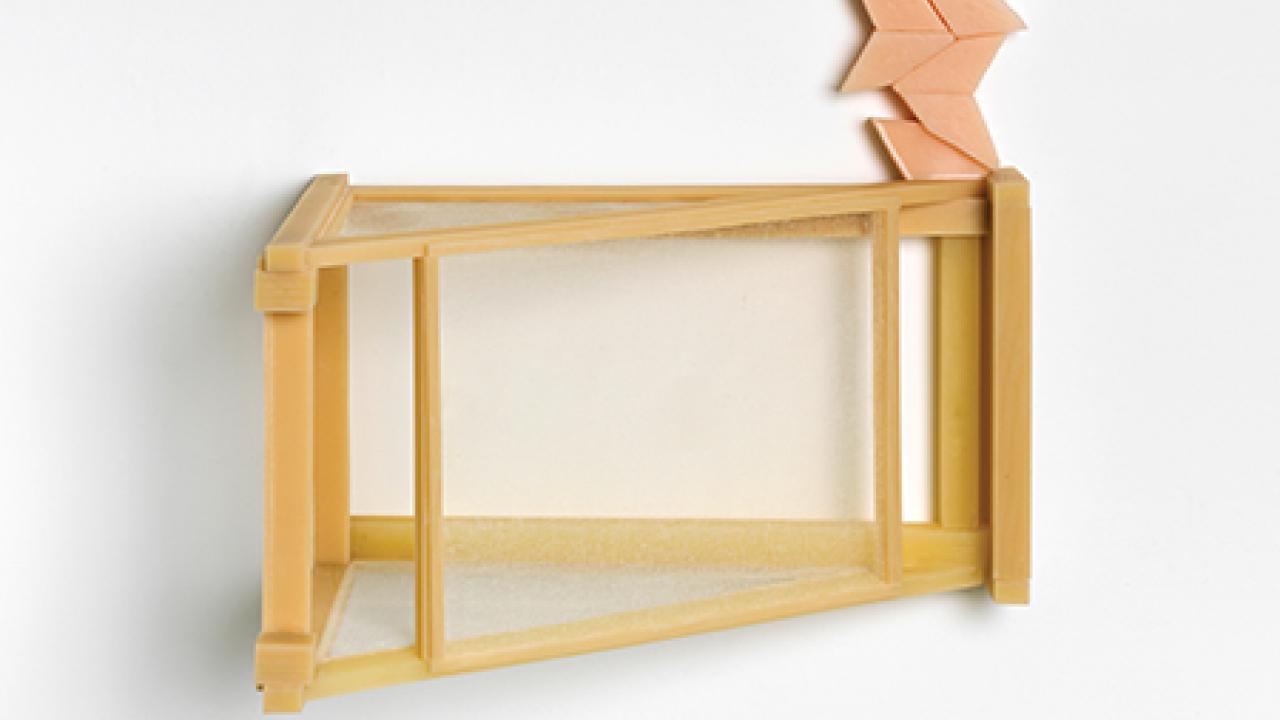 At BQ, Berlin, Alexandra Bircken's work threatens to spill messily from its frames and brings a subversive strain of hippyish chaos to the stiff upper lip of the surroundings