The philosopher photographed at his Black Forest retreat 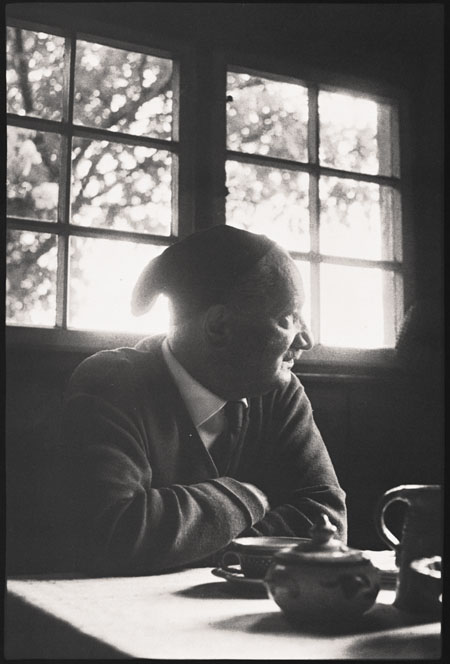 I first came across a Xerox of this image pasted onto one of Jonathan Meese’s installations. The artist later gave me a copy of the out-of-print book of photos from which it had been copied. What a hat, I thought: it looks like a Smurf’s cap worn the wrong way round.

Digne Meller Marcovicz first took pictures of Martin Heidegger in September 1966 for an interview with Der Spiegel. During the conversation the philosopher spoke for the first time about his Nazi past (he claimed he had only become one to prevent the worst for Freiburg University – without mentioning that he tried to have Nobel prize-winning chemist Hermann Staudinger sacked for being a pacifist). As agreed, the interview was not published until a week after Heidegger’s death in 1976. And nor were the photos.

This one was taken in June 1968, on a second visit to Heidegger’s little hut on Todtnauberg. Up in the Black Forest hills the man who considered himself the leading ‘Shepherd of Being’ had, as Hannah Arendt said, ‘retreated into the mouse hole’. He must have felt cosy in there with his Germanic thinking cap on. Silhouetted against the light, it looks like an extension of his head – a reservoir to hold the emanations of his grey matter, thoughts too ecstatic to remain in his skull. A mental condom; or perhaps an air chamber solemnly pumping, as Adorno once put it, the ‘Wurlitzer of the Mind’.