Picture Piece: Rossetti and the wombat

The Pre-Raphaelite's love affair with the unassuming marsupial 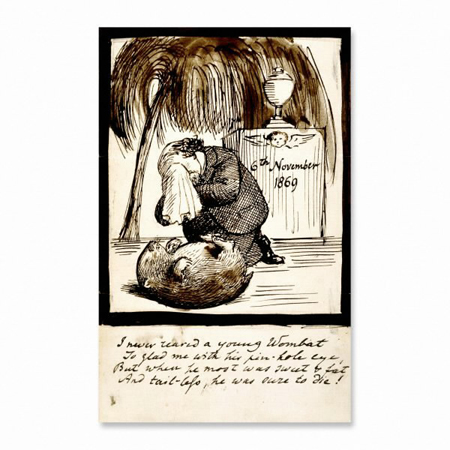 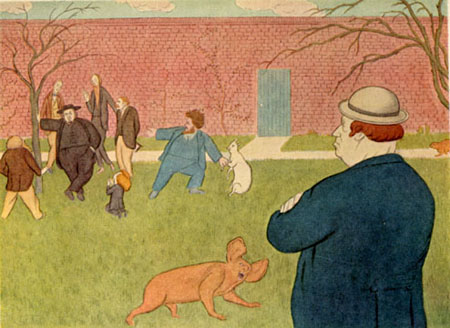 When the Regent’s Park zoo threw open its gates to the public in 1847, Londoners flocked to the new attraction that brought to Victorian Britain a taste of the farthest-flung reaches of the empire. For one precocious art student the true highlight of this exotic bestiary, which contained a newly discovered species of ape called the gorilla, was an unassuming marsupial.

The wombat was to become a principal obsession of Dante Gabriel Rossetti, and his unofficial trademark. He wrote loving poems about the creature and captured it in paint and pen. He later bought two of them for £8, and added them to his Cheyne Walk menagerie, naming one of them Top after his rival in love, William Morris. The attraction apparently lay in the sheer absurdity of the beast and its funny-sounding name. ‘The Wombat is a Joy, a Triumph, a Delight, a Madness!’ Rossetti declared, and before long his crowd of acolytes embraced the wombat cult as a badge of loyalty to their leader.

Examine the vast ill-fated Arthurian mural that adorns the upper walls of the Oxford Union Old Library and you may still find little paintings of wombats dotted among the figures, which the likes of Rossetti, Morris and Edward Burne-Jones slipped in as they cheerfully swigged soda water and tipped paint pots on one another during the Pre-Raphaelites’ ‘Jovial Campaign’ of 1857. Rossetti’s sister Christina was a sometime adherent of the wombat cult too; one makes a fleeting appearance in her epic poem ‘Goblin Market’ (1862).

Rossetti also used wombats as a tool of seduction. Falling madly in love with Jane Morris, he caricatured her in the guise of a suffering Pre-Raphaelite saint, with her husband depicted as a fuzzy wombat on a leash. Sojourning in Scotland, Rossetti wrote to her with news of his latest purchase:

Oh how the family affections combat
Within this heart, and each hour
flings a bomb at
My burning soul! Neither from owl nor
from bat
Can peace be gained until I clasp
my wombat.

Top (the second wombat having died almost immediately) quickly became the focal point of Rossetti’s backyard bestiary. Visitors for the most part were amused to find the wombat following them around the house. When a solicitor’s wife who was sitting for a painting complained that the creature had eaten her hat, Rossetti simply exclaimed: ‘Oh, poor wombat! It is so indigestible!’ Whistler told of the animal being brought to table with brandy and cigars as Swinburne read from Walt Whitman’s Leaves of Grass (1855).

Sadly, however, Rossetti’s animals usually lasted about as long as his attention span: the wombat ‘expired without premonition’ on 6 November 1869, just months after its purchase, once more moving the great man to verse:

I never reared a young Wombat
To glad me with his pin-hole eye
But when he was most sweet and fat
And tail-less, he was sure to die!

Top was later stuffed and placed in the entrance hall.