Earth’s flora floats off, into the silence of deep space. 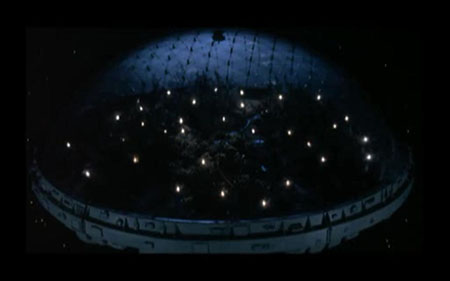 In the final shot of Silent Running (1971), a glass-domed pod containing all that remains of the Earth’s flora floats off, into the silence of deep space.

It’s a potent image, evoking a futuristic, eco-friendly Noah’s Ark as much as 19th-century notions of museology with its attempts at encyclopaedic comprehensiveness and classification.

But, more than this, there is a strange sense of perfect isolation for the film’s protagonist. Finally alone with the plants he loves - having dispatched the other crew members - he and his two robot assistants are free to drift, yet always remain in the same place: a world that he has made his own and over which he has complete control.