The state of literary criticism today 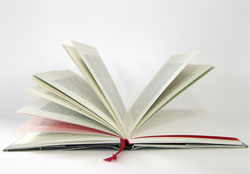 Literary criticism, what is that? For the past 20 years at least, criticism of books in Britain has bounced around between newspaper reviewing, critiques in literary periodicals and various forms of academic explication. One might easily undo these divisions – indeed it is an old trick of literary criticism to turn its own propositions inside out – but they are quite persistent, despite a good deal of cross-fertilization.

One might see, for example, flashes of the Times Literary Supplement (TLS) in The Guardian’s Saturday Review, but one could counter that observation with the view that the first remains a paper of analytical record whereas the second aims to entertain as much as to enlighten, to provoke as much as to lay down a judgement. But TLS staffers, a club of which I used to be a member, will claim they do all that too, and more. The London Review of Books (LRB), meanwhile, is a kind of cult for revolutionary logophiles, rightly viewing the practice of criticism as pressingly relevant to the intellectual and political life of the country.

Many such distinctions could be drawn between newspapers, the LRB, the TLS and also the Literary Review. In all of these places, to a greater or lesser degree, there is traffic with the academy. Now and then, too, a newspaper or periodical piece is cited in a specialized academic journal. But essentially, is one talking about different disciplines, different rhetorics, different systems? The situation is made more complex by divisions within the camps. Academic criticism parted company from traditional literary criticism with the advent of theory some time in the 1980s. A difficult special language for talking about books emerged. Yet paradoxically some of the best-known literary critics from that period on, such as David Lodge and John Sutherland, write in a way most people can understand.

Newspaper reviewing needs to be distinguished from both theory-driven criticism and traditional literary criticism in the mould of F. R. Leavis. Reviewing of the type in which I am involved is an occupation, subject to all sorts of forces that criticism would see itself as above. It is all too often a product of worldly deals, acquaintances and compromise. But we try, we try… There is no consensus. Was there ever a time when both criticism and reviewing were yardsticks of a literary value somehow intrinsic to the work? Now, for sure, the value of the object of study in all fields feels context-derived, generated by whichever system one happens to be in. The age demands – no, the newspaper demands – a novelist in frou-frou pants and a tricorn hat and, like the coming of the Holy Spirit, value is conferred. The academy wants poems by amputees, preferably with a strong sexual content, so they too are championed.

The good news is that there is actually plenty of jiggle between the systems. As Jacques Derrida puts it, ‘Nothing is […] anywhere ever simply present or absent. There are only, everywhere, differences and traces of traces.’ It is in these intervals that the good critics operate. James Wood, though he departed these shores long ago, rowing for America like a hasty Viking, is one. I think he has a rather old-fashioned idea of what character is in a novel, but he still has one of the best critical brains in the world of books.

Another belongs to John Mullan, quondam teacher of Wood at Cambridge, now at UCL. His ‘Elements of Fiction’ columns in The Guardian really showed the nuts and bolts of writing, opened the whole tool-shed in fact. Building on the work of David Lodge and available as a book next year (How Novels Work), they are the best current example of criticism that is both empirical yet theoretically well founded.

It is my view that literary value, when specifically based on technique and the effect a book has on a reader, can be objectively measured by criticism. But it takes a clear head to do it. So often the medium through which the critique is delivered will induce priorities at odds with those of objective criticism. Nonetheless, objectivity isn’t everything. There is a certain type of novel or poem that actively requires an emotional tenor in the critic’s response. The critic must tell us how he or she feels. Yet in certain journals this is discouraged. The feeling is that feelings, especially if directly voiced in the first person, are to be discounted from criticism.

The truth is that critics must be men and women of feeling as well as masters of art and mistresses of craft. They must know despondency as well as the spondee; they must know joy as well as Jakobson. And now they must know science too, being as familiar with cognitive theory as they are with recognition, Aristotelian or otherwise.

Now recognition is a very important thing in literature, and perhaps helping us ‘know again’ is the most important job of critics. They help us know the world again through the art work under discussion. The art work itself is a map back to something like a state of innocence, but every map needs a key.
Problems arise when the key, as explained by the critic, takes up more room than the map in the reader’s head. This is a real issue in universities these days, with students often paying more attention to works of criticism than to the literature that criticism is intended to elucidate. My friend Ian Sansom, who has inhabited all of these worlds – a former don, he is now a novelist and book reviewer – has coined the phrase ‘reading in abeyance’ to describe this process.

Reading in abeyance of another view… it’s not reading at all, really. Nothing human comes of literature until one is able to read properly oneself. There is something idolatrous about raising criticism to too high a level. The critic should be just as important as the reader’s dog. And the writer’s, too. If that means critics sometimes have to take a bite out of us, then so be it.

Giles Foden is deputy literary editor of The Guardian. He is author of four books including The Last King of Scotland and, most recently, Mimi and Toutou Go Forth.