Writing in 1967, Lucy Lippard pronounced Minimalism – what she was then calling ‘post-geometric art’ – a ‘virgin birth’. The early sculptures of Pakistani-born British artist Rasheed Araeen, however, which take superficially comparable routes to those of his American contemporaries (though he didn’t come to know them until later), are only too aware of their conception. Trained as a civil engineer in the 1950s, the latticed window grilles Araeen designed as a young man in Karachi are echoed again and again in the crisscrossing diagonals of the modular units he went on to produce as an artist. While he is from the same generation of Karachi-born Nasreen Mohamedi, whose pristine works on graph paper suggest abstracted landscapes, those of Araeen – who had no formal training as an artist – are nothing more rarefied than grubby technical drawings of heavy girders. It’s hard to fit his work into the standard narratives of Minimalism. After a while, the differences between Araeen and his contemporaries become more striking than the similarities: unlike the production-line precision of Donald Judd et al or the car-culture finishes of the West Coast Minimalists, his wooden and metal modules were usually hand-assembled, never quite perfect and often intended to be rearranged by the unwashed hands of passers-by.

Titled ‘Before and Beyond Minimalism: Drawings, Paintings, Sculpture and Concepts, 1959–74’, this engaging survey of Araeen’s early work at Aicon Gallery focused on the years before and after his move to London in 1964, where his first encounter with the works of Anthony Caro, Philip King and others influenced his decision to abandon painting for sculpture. While Caro’s use of heavy-duty industrial materials was certainly important for his early development – such as Sculpture No.1 (1968), a symmetrical configuration of four painted I-beams on the floor – Araeen has described his move to serial composition as a reaction against the hierarchical compositions of the older generation. Araeen is often talked about as a British Minimalist but, as curator Niru Ratnam notes in his accompanying essay, this is an awkward label, in that it overlooks both his technical training in Pakistan and the increasingly radical politics he adopted in the ’70s, not to mention his activities as a writer and editor (Araeen founded Black Phoenix in 1978 and Third Text in 1987). (I’m hoping that this later work will be the subject of another Aicon show.) There are subtle (but significant) formal differences too. While he uses the open cube structure as his basic unit, it differs from that of Sol LeWitt in that each face is bisected by a diagonal strut (as in Char Yar, 1968). This creates a lattice – an engineer’s elegant solution to a minimal, structurally stable form.

Aside from the earliest I-beam floor-pieces, Araeen’s work from this period is marked not by heavy industry but by a sense of play: the drawings that he made shortly before moving to London – overlapping, organic squiggles that work up and down the paper – were apparently inspired by hula-hooping children (‘Series A’, 1961 and ‘Series B’, 1962). He later sought to introduce participation into his Minimalist vocabulary, with what he called ‘Structures’: brightly coloured modular forms which viewers could reconfigure and that were often left in public spaces. For ‘Chakras’ (1969), 16 orange disks were floated in St Katharine’s Docks in East London, eventually floating down the Thames – documentation was shown here, alongside reconstructions of the disks made for his 1987 show at the Ikon Gallery in Birmingham.

The variousness of Araeen’s different activities – demonstrated by this compact survey – perhaps accounts for the only sporadic interest that institutions in the UK seem to have taken in him (his last solo show here was in 1996 at the Serpentine). Early next year his work will be shown alongside Caro and King in ‘Modern British Sculpture’ at the Royal Academy, a setting that I hope won’t smooth off Araeen’s spikiness to make for a comfortable fit. 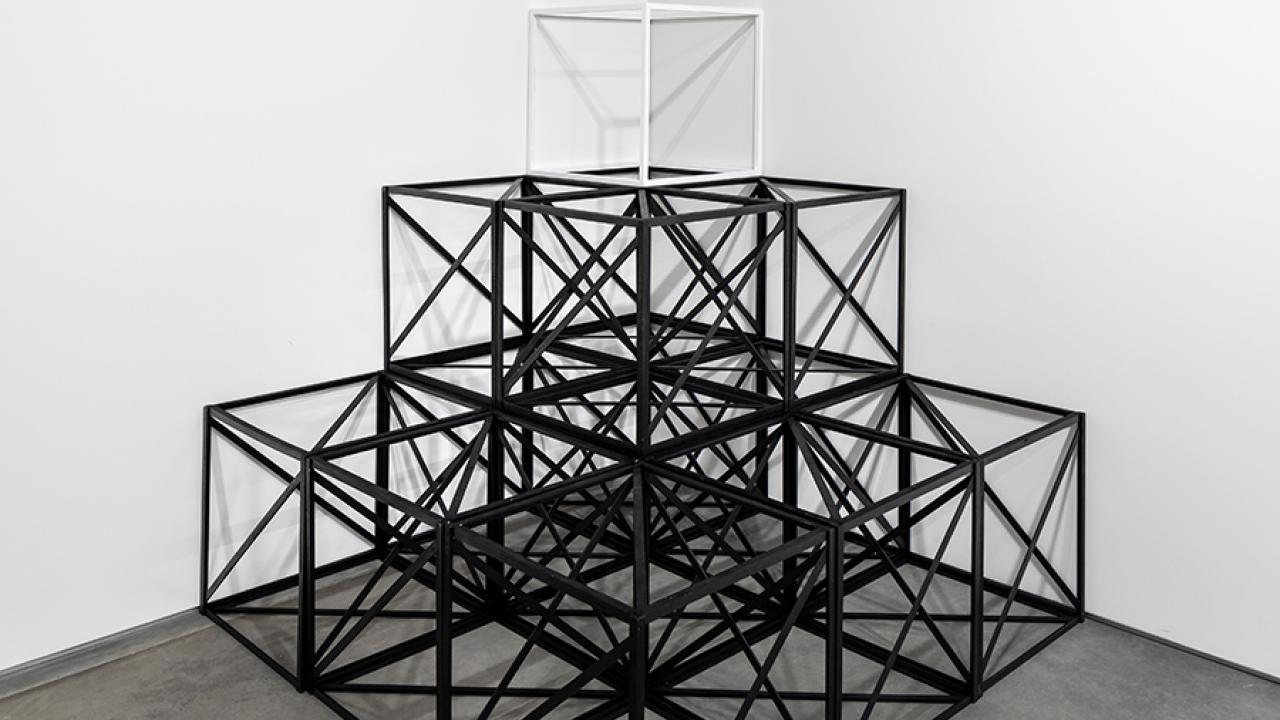 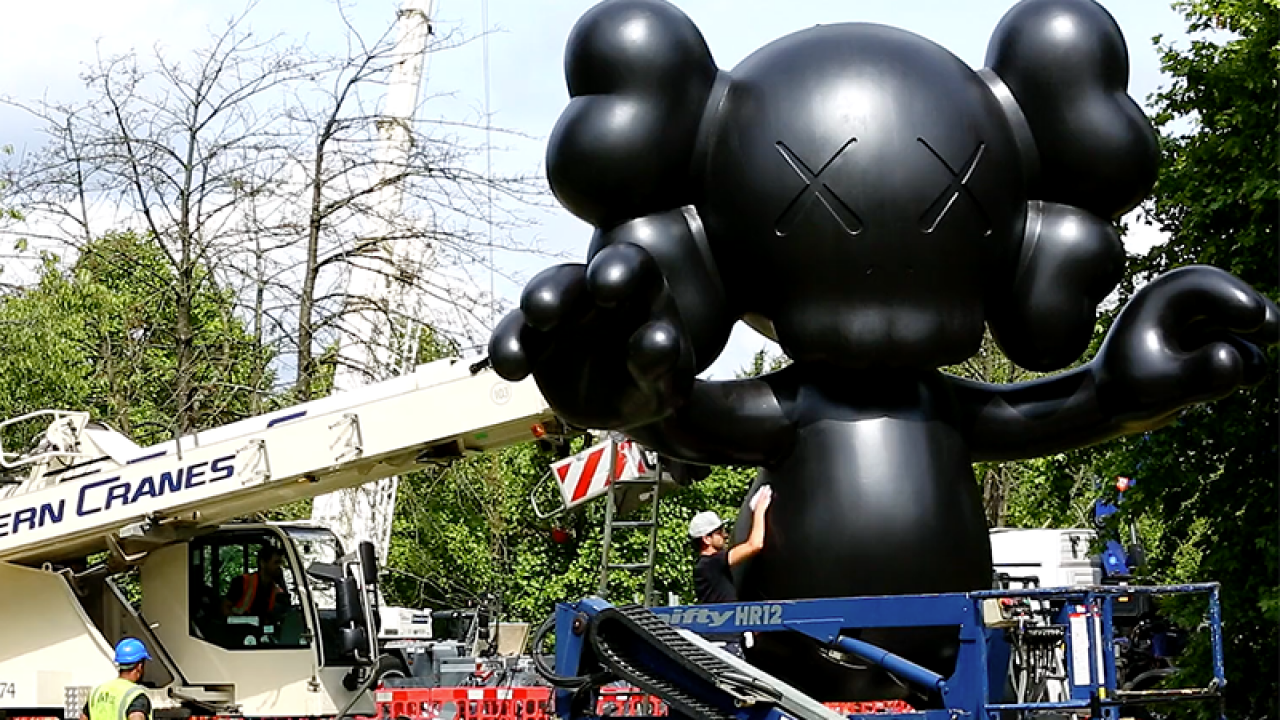 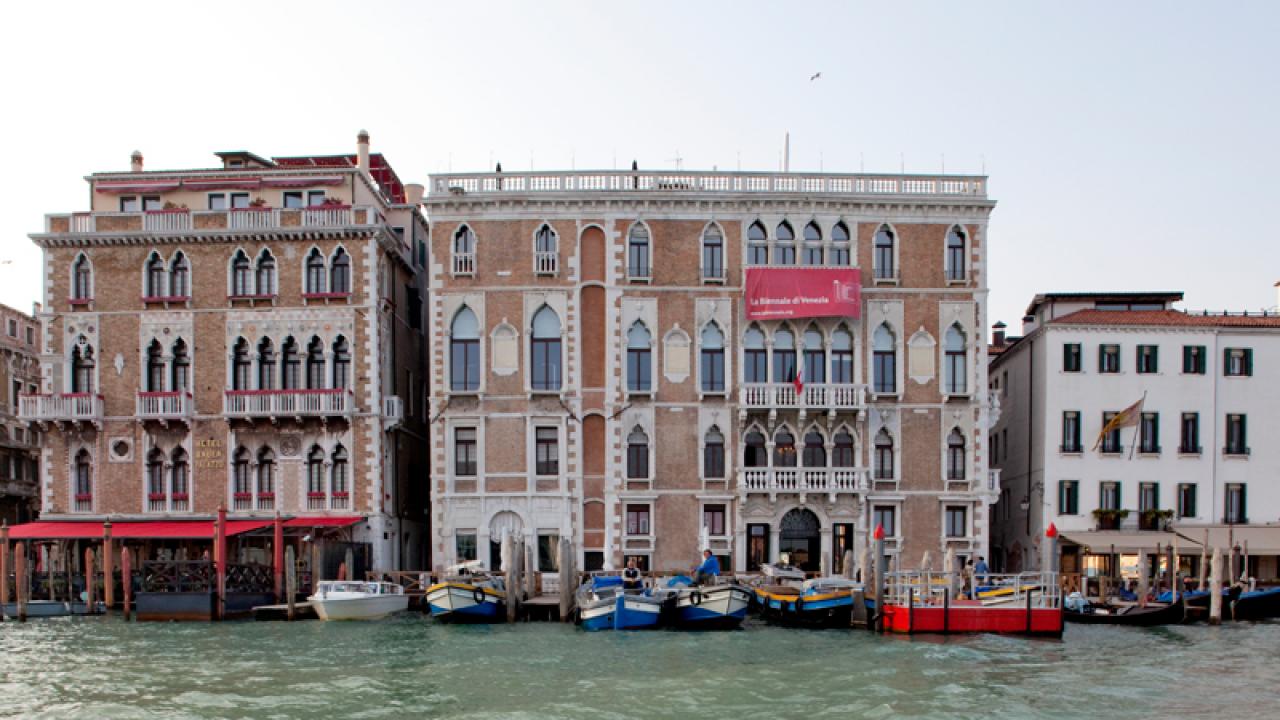 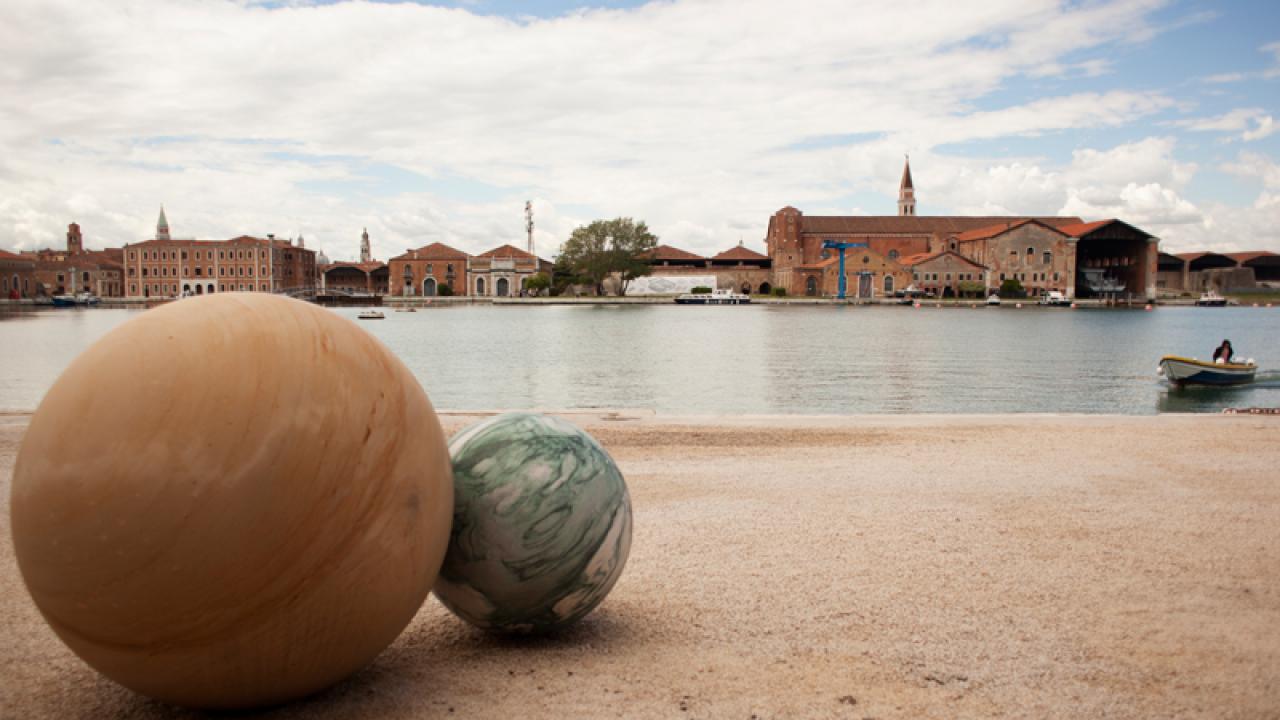