Full disclosure: four years after watching Renzo Martens’s documentary Episode III: Enjoy Poverty (2008), which served as shock therapy for the art-world in its time, I am still traumatized by it. The point the Dutch artist wanted to convey with this film was that the overexploited residents of remote areas of the Democratic Republic of the Congo (DRC) would do well to enjoy their supposedly most valuable resource: poverty. In the film, Martens sets up a workshop and encourages some impoverished photographers to commodify and sell iterations of their precariousness (such as photographs of starving children) to the highest bidder – just like those Western photojournalists who sensationalize death for a living. Many gruelling scenes later, the experiment fails, but Martens still hosts a sort of party around a purpose-built neon sign that reads: ‘Enjoy Poverty Please’.

On some level, Martens’s newest documentary, White Cube (2020), is the former film’s happy ending. With the artist’s help, plantation workers are successfully commodifying their poverty for sale in the galleries of Tate Modern in London and New York’s Sculpture Center. Since 2014, the Congolese Plantation Workers Art League sculpt figures in mud, which are then 3D-scanned and recast as chocolate sculptures to be presented and sold at exhibitions worldwide. Parsed by a subversive postcolonial narrative, the workers’ poverty is translated into proceeds from the sale of the sculptures, which Martens dutifully repatriates. In one scene, the artist shows the plantation workers video footage of a sale event in London and the labourers-turned-artists are entertained to see Martens selling the works for many times their monthly wage in the plantation economy: it is wryly amusing for a people weaned from the idea that money is not always earned by blood, sweat and tears.

In the film we learn that, while screening Episode III: Enjoy Poverty at Tate Modern in 2010, Martens noticed that Unilever – a British multinational with a long history of exploiting plantation workers in the DRC – was orbiting as a major cultural sponsor. Later, Martens visits a Unilever palm-oil plantation to find workers earning US$19 per month. The staff quarters, built a century ago, now offer squalor rather than shelter. After his attempts to rally the locals into participating in his creative projects are sabotaged by Unilever, Martens moves to a former plantation in Lusanga, where he finds more self-determined harvesting and laborious small-scale production of palm oil that is nevertheless frustrated by worsening prices for unprocessed agricultural goods on the world market.

‘The people sometimes demand change, they almost never demand art. As a consequence, art stands in a dubious relation to necessity – and to time itself,’ writes Zadie Smith in Intimations (2020). It is this dubious relation that Martens navigates like an acrobat on a tightrope, finally convincing several people he meets that creativity is a viable source of income. The project, now run by the Congolese Plantation Workers Art League, is so successful that its income has financed a new building, White Cube, designed by the renowned architecture studio OMA, on the former plantation. White Cube hosts exhibitions and agricultural projects on the surrounding land, as well as managing a fund that will enable the group to buy back the former plantation from an international corporation. Martens is keen to present this as a precedent: not content with criticism alone, the film proposes a paradigm shift – a practical solution for a new art-world economy.

Yet, White Cube never clarifies why Martens believes it is progressive for landless labourers to have to raise money to buy back land that was stolen from them and, ultimately, perpetuates the very form of exploitation that the artist is criticizing. Founding the Lusanga post-plantation on a logic of ownership that reifies colonial theft within a supposedly forward-thinking art project is ‘anti-politics’, to use a term coined by American anthropologist James Ferguson.  In his seminal The Anti-Politics Machine (1994), Ferguson concluded that ‘development’ work in 1980’s Lesotho unintentionally depoliticized resource allocation and intensified bureaucracy. Even when politically charged like Martens’s, art suffers from a similar impasse, easily misapprehending longstanding patterns of political power and entrenched materiality.

Renzo Martens's White Cube launched at 13 institutions worldwide in March. The film can currently be viewed online at WIELS, Brussels, and KW Institute for Contemporary Art, Berlin, until 11 April. 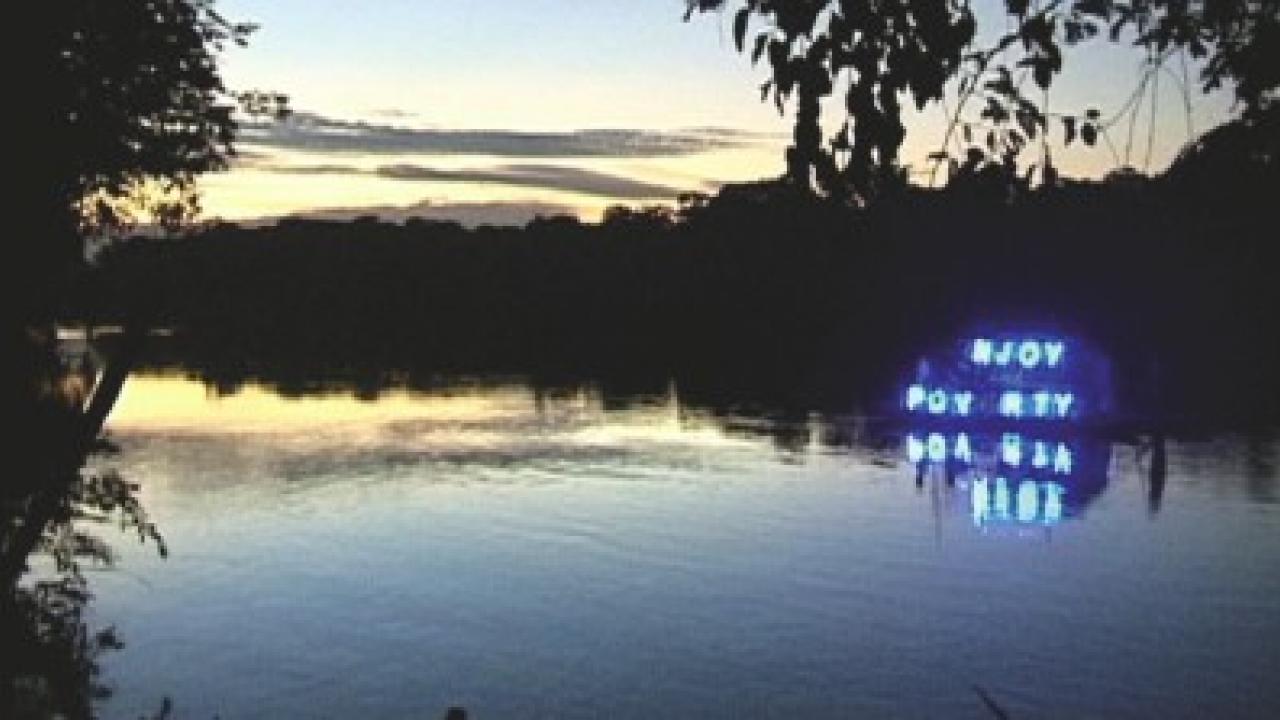