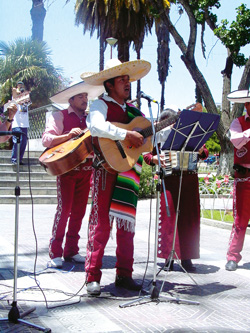 Art historian Philip Ursprung is scrutinizing me with a quizzical expression on his face. ‘So is this the first exhibition of your work here, San?’ I stare out at the audience around me, perched on folding chairs along the storefront of the Brigitte Weiss Gallery in Zurich, all of them visibly entertained. ‘Uhm, yes it is. It’s an exciting occasion,’ I mumble, stealing a glance at the gallerist herself at the other end of the room, who smiles a sympathetic little smile, and corrects me. ‘No, San already had a show here, last spring.’ I wince.
Over the next hour or so, I’m submitted to a meandering, nerve-racking interrogation on the practical, historical and conceptual implications of the work of artist San Keller. In the first stage of this project, The Cross-Examination of San Keller, realized in 2003, Keller invited a series of critics, some of them decidedly adverse to his work, to question him, one after another, over a span of 24 hours. In a second stage in 2006, Keller invited curators he had worked with at some point to pose as himself, hence my tortuous exchange with Professor Ursprung: ‘In your work, you always play on the discrepancy-yet-similarity between San the artist persona and San the individual.’ ‘Actually that’s not the way I would put it personally.’

Among the various strands running through his oeuvre, this play on the earnestness of the artist persona is the most consistent, whether in the redemptive promise of the artiste engagé in Keller’s early interventions, or in performances more meditative, almost shamanic, in tenor, like dragging a boulder his own weight through Manhattan until nothing remained but a pebble (The Great Lightening, 2003). But Keller is at his most convincing when he uses his deceptive aura of sincerity, and his knack for audience interaction, to survey the rituals and pecking orders of the art world itself, perusing the unsavoury pleasures of social hierarchy and other distinct intellectual routines specific to the field, such as the fantasies of permanence and posterity, the wishful notions of trust and communication between artist and audience, and the patchy historical sensibilities that make things even more arbitrary than they need to be.

The Cross-Examination of San Keller is a good example of the artist’s interest in the – usually conveniently mediated – power play between critic and artist, as is the piece Nothing’s Perfect (2005), a gold-tipped wooden baton that reproduces the stick used by Christian Dior on his atelier tours to point out flaws in any work (Keller’s baton is preordained for critics touring art exhibitions). For his latest project, Studio Visit, Keller is devising a reversal of the curatorial studio visit: whenever travelling abroad, he’ll visit a curator in his workspace to enquire about recent projects, get a better feel for the person behind the work, and generally try and be helpful. (‘Yes I can see your point, but I’m not sure it could work in that context.’) The precariousness of the artistic profession is further addressed in projects such as My Account (2005), in which Keller published his fluctuating bank account balance in the gallery window. The piece was up for sale at the price of the balance on the respective day.

It is in an attempt to return the kindness shown to him by institutions that host his shows that Keller has, on occasion, willingly embraced the pleasurable task of reading endless spools of text for days on end, such as the compendium of 1536 works from Paul Klee’s catalogue raisonné, which he read at the opening of the Zentrum Paul Klee in Bern in June 2005, or the conference protocols of the delegates of the Swiss Kunst-verein, which he read at the association’s offices in August 2006, on its 200th anniversary. And it is indeed in the light of the institutions which host him that Keller’s work unfolds most clearly. Participating in ‘Colonialism without Colonies?’, a show which systematically raised questions of political activism in art contexts, at the Shedhalle Zurich last year, Keller offered to scream messages chosen by the audience from his 18th-floor kitchen window, for the price of one Swiss Franc per proclamation (San Keller Proclaims Your Message in Zurich, 2006). Two years earlier, at the Cochabamba Bienal in Bolivia, Keller reacted to the pressures of site-specific commissions, demanding artistic and cultural sensibility at the breathless rate of a drive-in service, with Historia de un Artista (History of an Artist, 2004), where he mandated a mariachi troupe to compose and sing the story of his artistic career in markets and public squares. A number of art performance precedents from the last 30 years, more or less trickster in temperament, may spring to mind here. But Keller pursues his aims without the puckish naughtiness, nor the tension and pretension that has become the trademark of much artworld-reflexive performance, as my own little mariachi hymn to his career has hopefully demonstrated.