A petition to save Le Corbusier’s threatened masterpiece 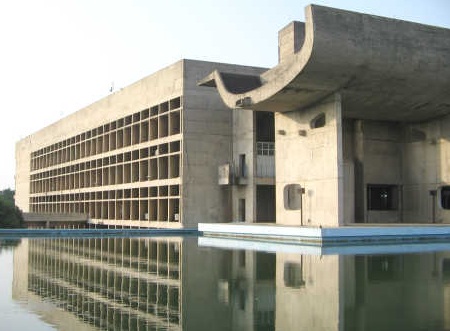 The Indian city of Chandigarh is an architectural treasure, Le Corbusier’s masterpiece and a wonderful home for many people. Le Corbusier worked on the design, planning and construction of Chandigarh with his cousin Pierre Jeanneret and a team of international architects from 1950 until his death in 1965. The result is the first planned city in India, with beautiful green spaces and some of the 20th-century’s finest buildings. Like many people who have been lucky enough to visit Chandigarh, I have wonderful memories of it.

Le Corbusier’s vision for Chandigarh is now imperiled by the removal of architectural artefacts, including furniture, lighting and architectural drawings, some of which are public property. Many of these objects have since been sold by international art dealers and auction houses. A manhole cover from Chandigarh sold at auction in Paris for US$24,000 last November. If this continues, Chandigarh’s architecture will be ruined. A recent article in the Guardian by Jason Burke describes the severity of the situation.

A group of architects and art historians in Chandigarh led by Manmohan Nath Sharma, who is 87 and was Le Corbusier’s first assistant and later chief architect of Chandigarh, is campaigning to preserve the city’s architectural integrity. The campaigners are urging the Indian government to:

It would be hugely helpful to them if they could show the government that there is strong international support for their campaign to save Le Corbusier’s Chandigarh. Please help by signing this petition:

Please urge your friends and colleagues to sign too.