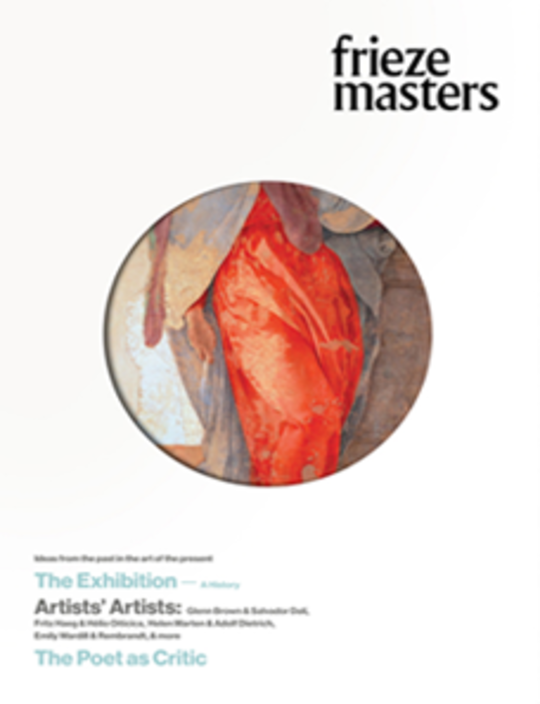 Shock of the Old

A hundred years ago, an event occurred that would go further than any other in binding the very fabric of the world tighter together. Gideon Sundback, a Swedish inventor working in the United States, put the finishing touches to his ‘separable fastener’, better known as the zipper. Out went curved organic forms — discoidal buttons and hook-and- eye fastenings — and in came a fabric conjoiner for a new mechanical age in which two rows of protruding metal teeth clamped together like some fearsome haberdasher dentata. Even the device’s onomatopoeic name sang of the modern, of speed and frivolity. Zip! The world of pants would never be the same again.

Nor would much else. Few years in the 20th century are as redolent of cultural revolution and technological transfiguration as 1913. Even if one tries to disregard the narrative fallacy that hindsight insists upon, it is difficult not to see the year as a type of artistic prefiguration of World War I, with battles being fought in galleries and concert halls rather than barbed trenches and cratered fields. On the one side stood traditionalism, on the other, the forces of Modernism. Skirmishes had been taking place for some time, but in 1913 the two sides clashed with a new and unseemly fury. And while Sundback’s zipper sought to bind opposites together, elsewhere vast chasms of incomprehension opened up between artists and their audiences.

On 31 March 1913, Arnold Schoenberg oversaw the infamous ‘Skandalkonzert’ at Vienna’s Musikverein. Conducting his own atonal work, as well as the experimental compositions of his students, Anton Webern and Alban Berg, Schoenberg quickly found himself competing with the whistles and jeers of the audience. When Berg’s Altenberg Lieder (1911–12) was played — songs based on the postcard jottings of the poet Peter Altenberg — a fist-fight broke out, the stage was invaded, and Schoenberg was lucky to escape being lynched. A doctor attending the concert would later testify that the music was ‘enervating and injurious to the nervous system’. The ‘sickness’ of Modernism would be a common theme throughout the year.

Viennese audiences did not riot alone. On 29 May 1913, Sergei Diaghilev’s company, the Ballets Russes, held its premiere of Igor Stravinsky’s The Rite of Spring in Paris. From the opening bars, laughter and hissing could be heard. But when Stravinsky’s propulsive rhythms and dissonances were combined with Vaslav Nijinsky’s angular, anti-balletic choreography, the performance was overwhelmed by the spectators’ uproar. Such was the noise that the dancers could not hear the orchestra — who were, in any case, being bombarded by projectiles — playing just below them, and Nijinsky was forced to shout out the steps to his dancers from the wings. Few had prophesied the fervour of this reaction, although the critic of L’Écho de Paris had warned during previews that the public might react badly if ‘they thought they were being mocked’. The artist as con-man would be as common a complaint in 1913 as the artist as a vector of disease.

Yet while Schoenberg and Stravinsky were forced to fight largely unexpected battles from the stage, the most dramatic and controversial cultural event of the year was more deliberate. In New York, the Armory Show (or ‘The 1913 International Exhibition of Modern Art’ as it was officially titled) was the work of three American artists — Walt Kuhn, Arthur B. Davies and Walter Pach — who were deliberately seeking to break the ‘stifling and smug condition’ of the American art academies. Such was their success that, 100 years later, a slew of shows this year are celebrating and reassessing the event.

Inspired by a catalogue of the 1912 ‘Sonderbund Exhibition’ in Cologne — which included 650 works by Cézanne, Van Gogh, Munch and Picasso, and was the most comprehensive inventory of modern art ever attempted — the three artist-organizers sought to create not only a rupture with the academy but also a chance for the American public to educate themselves on the new movements in art. Often portrayed as a European invasion, the Armory Show was intended as a liberation.

In a fit of organization that would make today’s curators turn the same colour as their gallery walls, Kuhn, Davies and Pach took less than a year to create what was essentially the first international blockbuster art show. They tore through Europe signing up artists and raided the Sonderbund as well as Roger Fry’s hugely influential Second Post-Impressionist Exhibition then taking place in London. But most of all, they used Pach’s remarkable contacts within the Parisian avant-garde, and tapped these artists, in turn, for their own suggestions. (Picasso, for instance, drew up a list that included Juan Gris, Albert Gleizes, and Marcel Duchamp, although not, curiously, Georges Braque.) The result was the bloody tip of the cutting edge, that was to be mingled with the best of contemporary American art, and — in a nod towards the process of artistic evolution — the works of such old masters as Ingres, Delacroix and Courbet. There would be 300 exhibitors and 1,090 works in all.

Just as radical as the show’s aims were the means of publicizing it. Pins and posters were everywhere, and provocative previews heightened expectation to fever pitch, not least the apocalyptic announcement published by the photographer and champion of Modernism, Alfred Stieglitz, in The New York American: ‘The dry bones of a dead art are rattling as they never have before [...] If you still belong to the respectable old first primer class in art, you will see there stranger things than you have ever dreamed were on land or sea [...] When the smoke has cleared away you’ll go back to your habitual worship of eternal repetitions of mere externals of people and things that cram all the museums and galleries — but you won’t feel happy. The mere outside of things won’t satisfy you as it used to.’

The doors opened on 17 February. Initial sales were slow. But when scathing reviews appeared in an incensed press, the exhibition swiftly became overrun. William Merritt Chase, the esteemed American Impressionist, declared Cézanne ‘an idiot’; Duchamp’s Nude Descending a Staircase (No.2) (1912) was famously described as ‘an explosion in a shingle factory’. Indeed, the room set aside for Cubist works rapidly became known as the ‘Chamber of Horrors’.

Although the show provoked a positive reaction amongst artists and even some forward-thinking institutions — the Metropolitan Museum of Art purchased its first Cézanne from the show — in the press the most referenced institution was Bellevue, the city’s hospital for the insane. And when madness was not suggested as the cause of such art, then profit was. The former president, Theodore Roosevelt, opined that the artists had an ‘astute appreciation of the power to make folly lucrative, which the late p.t. Barnum showed with his fake mermaid’. Again and again, 1913’s Modernists were described as plague dogs or hucksters, their sanity or their sincerity perpetually in question.

Nevertheless audiences seemed more than able to defend themselves. When the Armory Show moved to Chicago, Matisse was put on mock trial (under the name ‘Henri Hairmattress’), convicted of artistic crimes, and burned in effigy. If the crowd had known that Duchamp had, that same year, placed a bicycle wheel upside down on a wooden stool (the groundbreaking Bicycle Wheel) it seems unlikely that an effigy would have sufficed.

Yet while the maddening of an audience was an essential characteristic of Modernist shows in 1913, it was the Italian Futurist, Filippo Marinetti, who suggested in his September 1913 manifesto, ‘The Variety Theater’, that the creation of a new art actually demanded uproar and chaos in the stalls. To this extent he suggested spreading glue on the audience’s seats, or sprinkling them with itching and sneezing powder. He wanted to sell the same ticket to ten people to create ‘traffic jams, bickering, and wrangling’ and to give free tickets to ‘notoriously unbalanced’ people who were likely ‘to provoke an uproar with obscene gestures, pinching women, or other freakishness’. For all the indignant spluttering and righteous spittle that the art of 1913 provoked, one message was clear: if audiences wanted a war they’d get one. 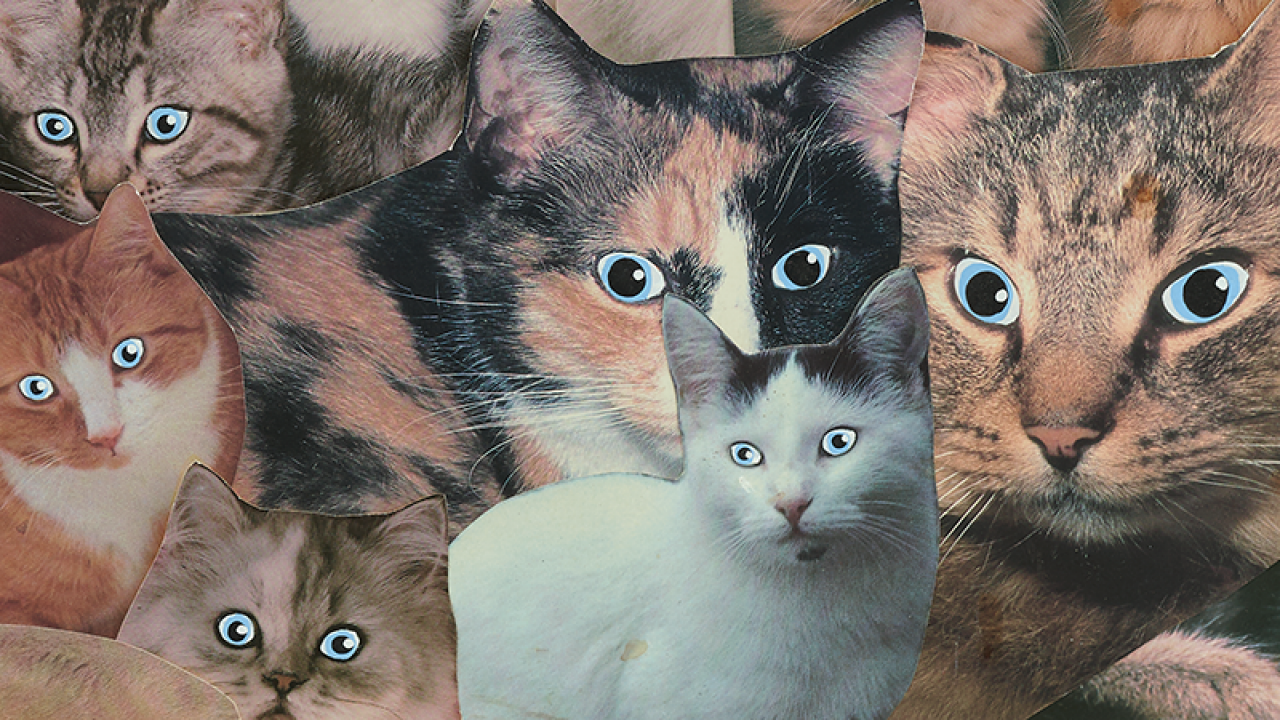 From Vincent Fecteau’s killer cats to Aki Sasamoto’s barroom tricks, a selection of exhibitions not to miss