BY Frances Cathryn in Exhibition Reviews , US Reviews | 12 MAY 21

F
BY Frances Cathryn in Exhibition Reviews , US Reviews | 12 MAY 21

‘There must be two Americas,’ wrote Mark Twain in 1901. ‘[O]ne that sets the captive free, and one that takes a once-captive’s new freedom away from him, and picks a quarrel with him with nothing to found it on; then kills him to get his land.’ The quote is from Twain’s essay, ‘To the Person Sitting in Darkness’, in which the writer condemns Western imperialism in southeast Asia. The artist Stephanie Syjuco borrowed Twain’s title for her 2019 work: a flag for the then-US territory of the Philippines as described by Twain, resembling the American design but with ‘white stripes painted black and the stars replaced by the skull and cross-bones’.

To the Person Sitting in Darkness currently welcomes visitors to the recently reopened Baltimore Museum of Art, where the Oakland-based artist presents ‘Vanishing Point (Overlay)’, a solo exhibition of three works. In the shadow of the pandemic, Syjuco’s flag assumes even greater resonance. Filipino nurses – many of whom have been funnelled to the US via programmes set up during colonial rule (1900–46) – comprise nearly a third of registered nurses in America who have died due to COVID-19.

Primarily installed in a rotunda that acts as an entrance – and ideological ingress – to the 19th-century galleries, Syjuco’s exhibition intercepts visitors and disrupts the storied notions of Americanness (i.e. manifest destiny, rugged individualism, etc.) that many of the historical works on display advance. The museum itself – a neoclassical building designed by the architect John Russell Pope in the 1920s – stands as a testament to the country’s self-identification as a newly established world power. So, while the physical footprint of Syjuco’s show is relatively modest, it serves to reframe the museum’s entire permanent collection. And with every new headline of the near-daily instances of white-supremacist violence, there is a growing sense of urgency to fully appreciate messages like Syjuco’s and to turn them into collective political action. In Rogue States (2018), for example, brightly coloured flags hang from the rotunda ceiling and represent fictional foreign nations, derived from film and television, which have been branded as backward, destabilized or uncivilized. As with To the Person Sitting in Darkness, these banners represent the perceived second-class status of these countries and their people, who are valued only for their potential to be exploited as resources and labour.

Syjuco also collaborated with curators Jessica Bell Brown and Leila Grothe to re-examine the museum’s 19th-century collection to create the site-specific installation Vanishing Point (2021). For the work, Syjuco chose five sculptural busts that represent common narratives of the American Civil War and draped them in semi-sheer, pixelated fabric to strip them of their cultural capital. These sculptures are displayed under new titles: ‘Founding Father’, ‘Collaborator’, ‘Confederate’, ‘Sympathizer’ and ‘Secessionist’. They could be any of hundreds of prominent white male figures from the first 200 years of American history – which is precisely the point. When the artist was invited to install her work in the museum, the directive was clear: intervene in a legacy of exclusion by American cultural institutions, one that specifically upholds a myth of national exceptionalism and empire.

Syjuco’s works aren’t focused entirely on the past, however, and that’s what makes them so memorable. There are still two Americas: the US has five major territories and maintains nearly 800 military bases in more than 70 countries abroad. We detain hundreds of thousands of immigrants, incarcerate one out of every 100 people, force tribal nations into less than three percent of the total national land, and segregate communities through rezoning and development. For every new oil pipeline on tribal land or barrier at the US–Mexico border, we prove Twain correct more than even he could have imagined.

Stephanie Syjuco’s ‘Vanishing Point (Overlay)’ is on view at the Baltimore Museum of Art through 16 May 2021. 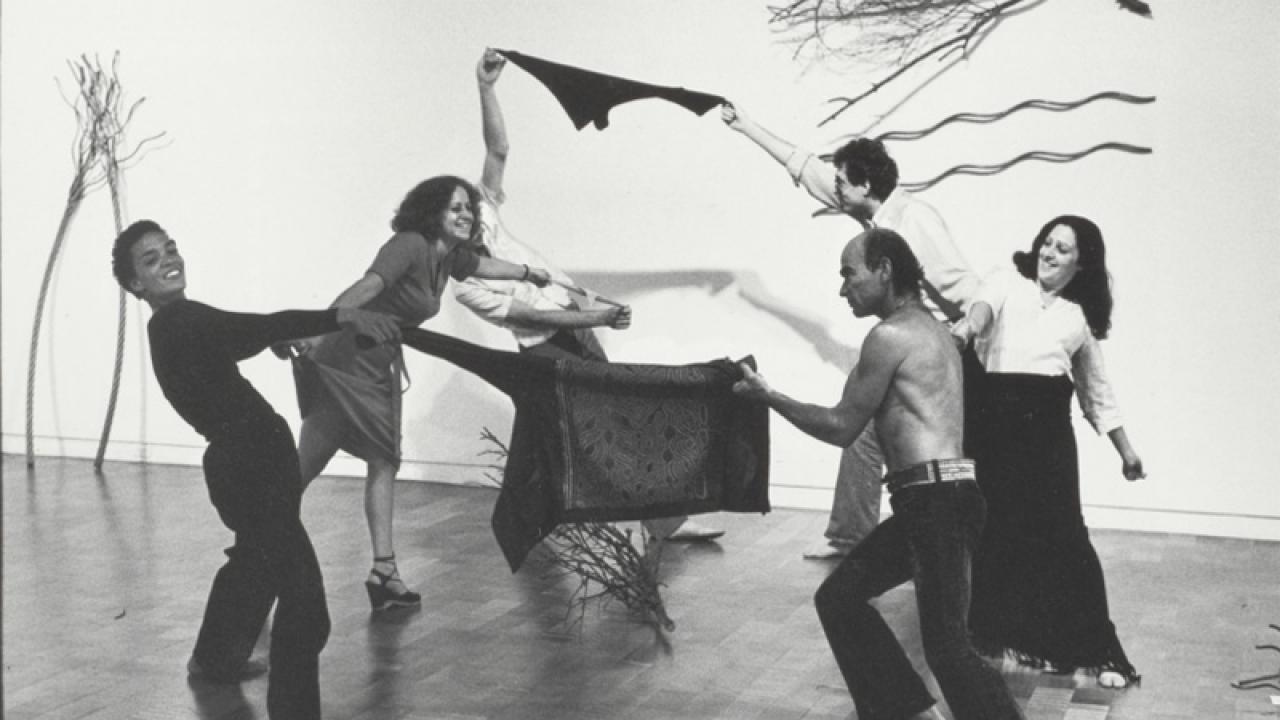