Turkey: The Insane and the Melancholy 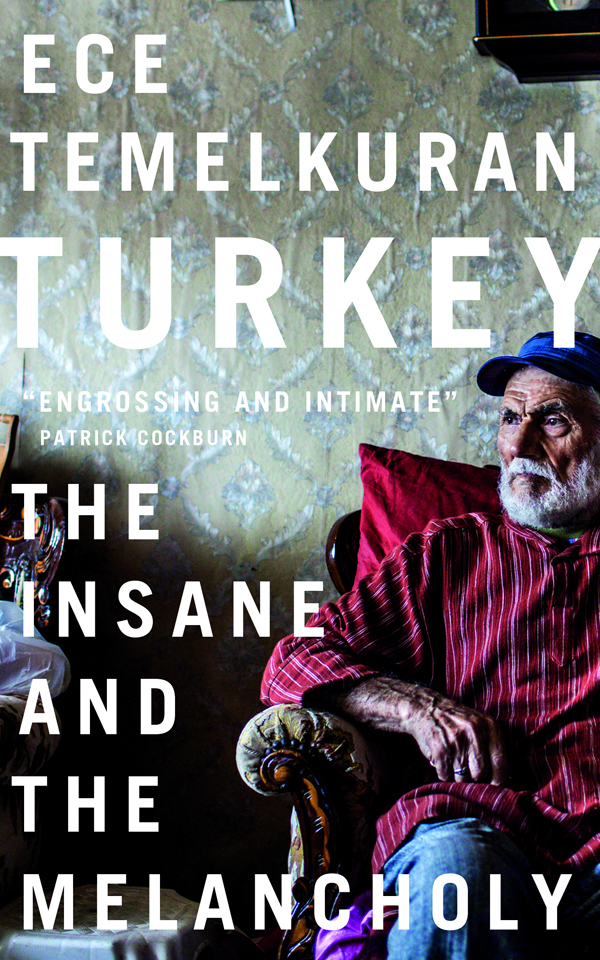 Ece Temelkuran, Turkey: The Insane and the Melancholy

Ece Temelkuran’s role as an outspoken journalist within Turkey was terminated in a 30-second phone call from the editor of the newspaper she worked at, Habertürk, late in 2011: ‘You know why,’ he said. A vocal critic of the political scene since the early 1990s, in a county that now has the highest number of imprisoned journalists in the world, yes, she knew why.

In her latest book to be translated into English, Turkey: The Insane and the Melancholy (published in Turkish last year), Temelkuran walks us along a hazardous, unsanctioned route from modern Turkey’s founding in 1923, its history of military coups to the agenda and modus operandi of President Recep Tayyip Erdoğan. Along the road she astutely unpicks politically-led tendencies that resonate globally, including a cultural rejection of learning and expertise, and the construction of the Other as a source of fear. With more than 300 people killed and at least 6,000 detained in Turkey following the failed coup on 15 July, her no-punches-pulled analysis and resonant anecdotes read like an essential primer for interpreting the next chapter in the country’s unfolding history.

In the concluding pages, Temelkuran addresses her own position as a former journalist who now pens fiction and poetry: ‘I have withdrawn from daily reality and sought refuge in the truth of literature. It is from the shore of that truth that I have attempted to write this book.’ This literary bent has generated a profoundly unconventional piece of political commentary during which we flick through ‘Mr Turkey’s’ photo album, analyze the symbolism of leggings and come to understand how and why Twitter has risen to the status of a parallel Turkish news channel.

Temelkuran’s detractors will no doubt cite her refusal to write a straight work of history as a weakness. Instead, it’s a courageous reminder of the role creativity and the arts have to play in the collective memory of political events.

Ece Temelkuran, Turkey: The Insane and the Melancholy will be published by Zed Books in August.