The Untold Queer History of California

Vital indigenous perspectives are highlighted in an exhibition of art and activism at the Oakland Museum, which spans the state’s colonial past to the present

In the opening scene of Barbara Hammer’s 1974 film Dyketactics, a group of women lounge around, touching and kissing each other, in the hazy pink light of an afternoon. Ground-breaking for its frank and utopian depictions of lesbian sex, the work is a paradigm of pleasure in ‘Queer California: Untold Stories’ at the Oakland Museum of California. From photographs of protests and direct action, to archival documents from queer societies such as the Daughters of Bilitis, to the erotics of the queer body in works by Wu Tsang and The Cockettes, this expansive, interactive exhibition examines how desire is always political.

In the second, darkly-lit room of the exhibition sits a monolithic lump of pummelled clay, glazed with a shining bronze patina. We are encouraged to touch the sculpture’s cool surface and drag our hands across the battered grooves in its hardened skin. On the walls, a series of photographs depict the artist, Cassils, clambering atop the wet clay, hammering blows into the material with their bare fists, lit only by the camera’s flash. In its title, Resilience of the 20% (2016) refers to the percentage increase in murders of trans people around the world. Although the clay is stubborn and dense, Cassils continues to pummel it, resilient in the face of its resistance.

The complicated pleasures and discomforts of the queer body are further explored in Laura Aguilar’s ‘Nature Self-Portraits’ (1996). In Nature Self-Portrait #5 (1996), Aguilar poses nude in a rural expanse of land with her arms thrust ecstatically in the air. The sense of freedom her naked body and joyous pose also render her vulnerable to the harsh landscape. Aguilar takes pleasure and pride in her corpulence, even as she presses uncomfortably against desert rocks, making us question the ways certain bodies are given as natural, and others are not.

‘Queer California’ foregrounds this complicated relationship between queerness and land(scape) as an issue rooted in the colonial history of the state. The exhibition asks how Spanish, Mexican and US settlers preserved forms of domination. Genealogical records from California’s Early Population Project show how, beginning in 1769, Spanish Catholic missionaries enslaved indigenous people throughout California and enforced strict gender binaries. Medical records, meanwhile, reveal how castration and eugenics laws violated the reproductive freedom of those with non-normative sexualities and genders well into the 20th century.

At the end of the exhibition, a three-dimensional timeline outlines how European conquest affected indigenous queer identities. ‘Gender and sexual diversity are an integral part of early cultures in the region before the arrival of European settler colonizers,’ one didactic text declares. The timeline also includes archival materials from baptismal registers from the late 1700s to the 1830s, in which priests have used words like amujerado (Spanish for ‘effeminate’) to describe gender non-conforming indigenous individuals. The exhibition’s timeline also highlights little-known legal, social and political milestones long before the 1969 Stonewall Riots, from the 1860s sex tourism along San Francisco’s Barbary Coast District, to the 1966 Compton Cafeteria Riots.

As the world celebrates the 50th anniversary of Stonewall this summer and queer history increasingly enters the mainstream cultural consciousness, too many narratives have been smoothed over and ‘straightened out’, replacing difficult feelings of queer rage and shame with a narrow and overly optimistic vision of progress. Although ‘Queer California’ opens with predictable rainbow flags and images of pride parades, Lenn Keller’s photograph Black Lesbian Mother and Son at San Francisco Gay Pride (1991) goes beyond white gay male experience to encompass an anti-racist and intersectional vision of queer life. Copies of Aché, a magazine by and for black lesbians first published in 1989, are also on view in a vitrine. As one cover reads, the publication was born out of a need, ‘as Black lesbians in the bay area, to have our own issues addressed, separate from the larger “women of colour” community.’

A video produced by the museum, Never Not Been a Part of Me (2019), is one of the exhibition’s vital contributions. The film, which examines the traditions and experiences of two-spirit and third-gender indigenous people, features individual interviews with members of California’s Native American tribes, highlighting the fluidity of gender in these communities outside of the colonial matrix.

The exhibition employs a vital decolonial approach to California’s queer culture, one that examines the intersections between queer history and the conquest and settlement of indigenous land. Those intersections have often determined which stories get left ‘untold’. It’s rare to see an exhibition that decentralises oppressive Western epistemologies and expands representation of queer desire, anger and mourning beyond the white, cis, gay male experience. Progress for queer people is far from linear, and ‘Queer California’, with its reference to recent legal cases that have rescinded rights for LGBTQ people, makes it abundantly clear how dangerous it is to frame society’s growing acceptance of certain identities as self-evident or guaranteed.

‘Queer California: Untold Stories’ runs at the Oakland Museum of California through 11 August 2019.

Bryony White is a PhD candidate at King’s College London, where she is writing about performance and the law. In 2019, she was shortlisted for the Fitzcarraldo Editions Essay Prize, and she has written for frieze, LA Review of Books, Artmonthly and the TLS. She co-edits the Tinyletter, close. 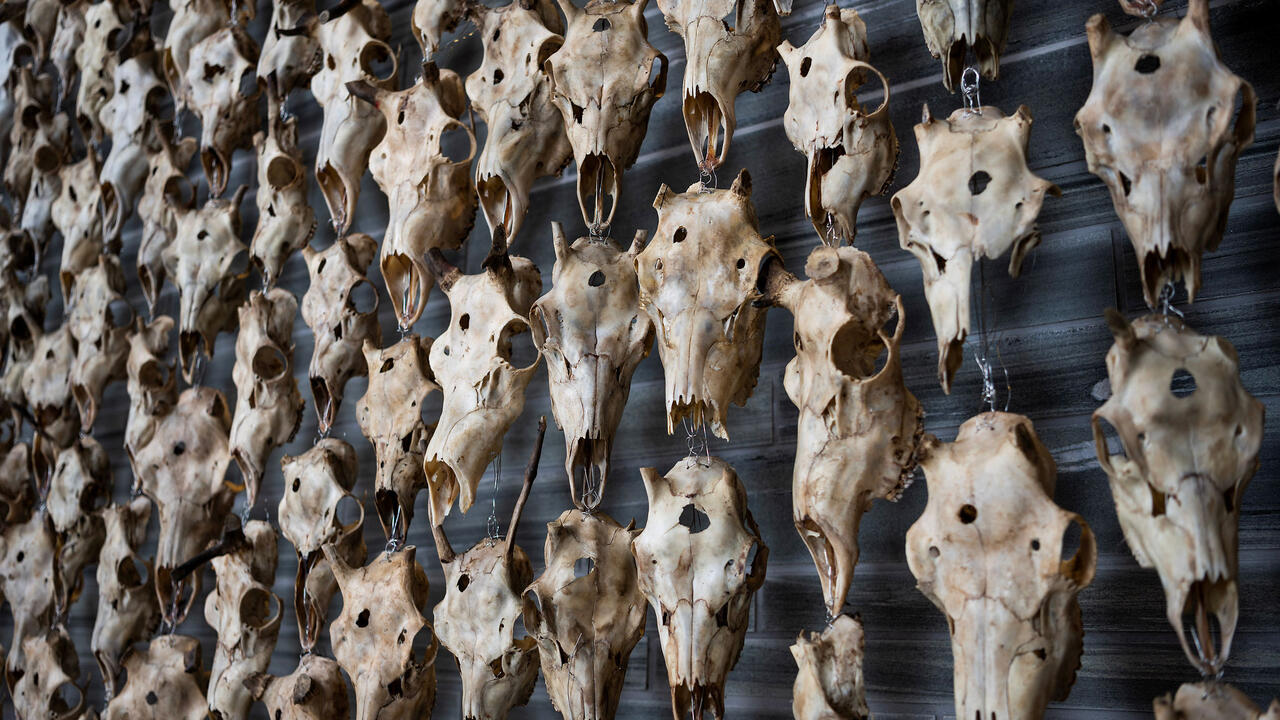 Books , Reviews
Paul B. Preciado’s New Book Longs for a World that May Never Come

Books , Reviews
‘Everyone is Female and Everyone Hates It’: Andrea Long Chu’s Theory of Desire