BY Zoë Hopkins in Exhibition Reviews , US Reviews | 09 AUG 22

‘Women at War’ Is a Feminist Battle Cry 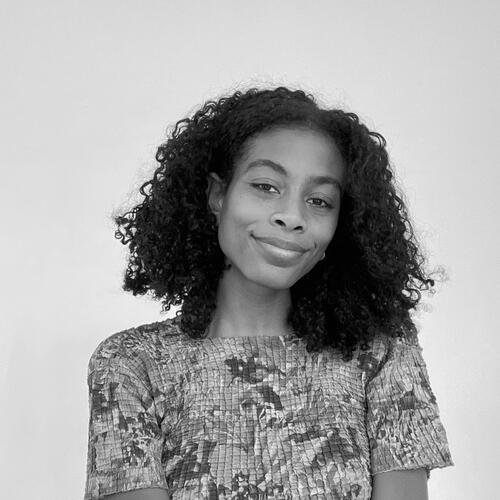 BY Zoë Hopkins in Exhibition Reviews , US Reviews | 09 AUG 22

Of the 11 living artists in this exhibition, seven have had to flee Ukraine and four remain in their war-mired homeland. Despite the incredible violence that precipitated these conditions, ‘Women at War’, curated by Monika Fabijanska at Fridman Gallery, New York, in collaboration with Voloshyn Gallery, Kyiv, confronts us with the scenes of duress and resistance that have textured the daily lives of Ukrainian women for almost a decade.

Even the exhibition’s title, ‘Women at War,’ refuses passivity. Yes: this exhibition is in New York, worlds away from the shelling, rubble and sirens. But, whether or not these women remain in Ukraine, they are at war. For Vladimir Putin – the Russian leader who continues to deny Ukrainian statehood – the aim of the current war is not only the conquest of land, but the erasure of identity. Ukrainian artists are therefore faced with the unique pressure of defining their cultural opposition, as well as stewarding a contentious historiography. Should national identity be fixed to pre-Soviet culture? How should it contend with the legacy of Soviet-era Ukraine? While war narratives are overwhelmingly masculine, these women artists present paintings, drawings and videos that serve as unflinching feminist battle cries at the discursive frontiers of history.

Roughly half of the works in the exhibition were created in the wake of Putin’s February offensive; the remainder were made sometime after Russia’s 2014 invasion of Crimea and the Donbas. It’s a painful reminder that, for Ukrainians, the temporal scale of the war extends much further than a few months. Alevtina Kakhidze’s Strawberry Andreevna (2014–19), for instance, documents the artist’s phone calls to her mother (known to loved ones as ‘Strawberry’) from the pair’s separation by war – she in Muzychi, her mother in Donbas – until Strawberry’s death. The piece is further haunted by the fact that her mother could only make calls from a single place: the graveyard. Nonetheless, there is an unmistakable playfulness to Kakhidze’s work, which unfolds across the gallery wall like a comic strip. Featuring figures rendered in childish outlines, Strawberry Andreevna bristles with witty resilience against war’s capacity to crush the imagination.

Particularly compelling in an exhibition of powerful photography is Yevgenia Belorusets’s series ‘Victories of the Defeated’ (2014–17), documenting female coal miners in Donbas. In the wall text she wrote for the show, the artist cites non-violent resistance efforts led by the miners as inspiration for the work. The women Belorusets photographs are hardened by war and their working conditions, but the resilience they surface is marvellously tender – a couple stealing a smiling moment in front of a dark wall; an elderly woman laughing from behind sets of mining uniforms – and suggests that small gestures of defiance can hold as much power as the victories history records.

Nearby, Dana Kavelina’s series of gruesomely frank drawings, ‘Communications: Exit to the Blind Spot’ (2019), ruminates on the female body as a site of war. In one drawing, which bears the inscription ‘woman kills the son of the enemy’, a female figure hangs a foetus choked by its own blood-red umbilical cord. Downstairs, Kavelina’s 21-minute ‘cinepoeme’, Letter to a Turtle Dove (2020), layers elegiac verse by the artist against a consuming rush of imagery: archival footage of 20th-century Donbas, amateur footage of the war and surrealist animated montages of human-headed birds, bleeding flowers and pinwheeling bodies. A gyre of violence and hope, Kavelina’s film spirals with the dizzying force of history being made in real time.

More than a timely exhibition on armed conflict, trauma and gender, ‘Women at War’ is an interrogation – as Kavelina contends in a statement in Secondary Archive that Fabijanska cites in her curatorial essay – of ‘whom we [should] empower to make a record’, shifting the paradigm at multiple frontiers.

'Women at War' is on view at Fridman Gallery, New York, until 26 August. 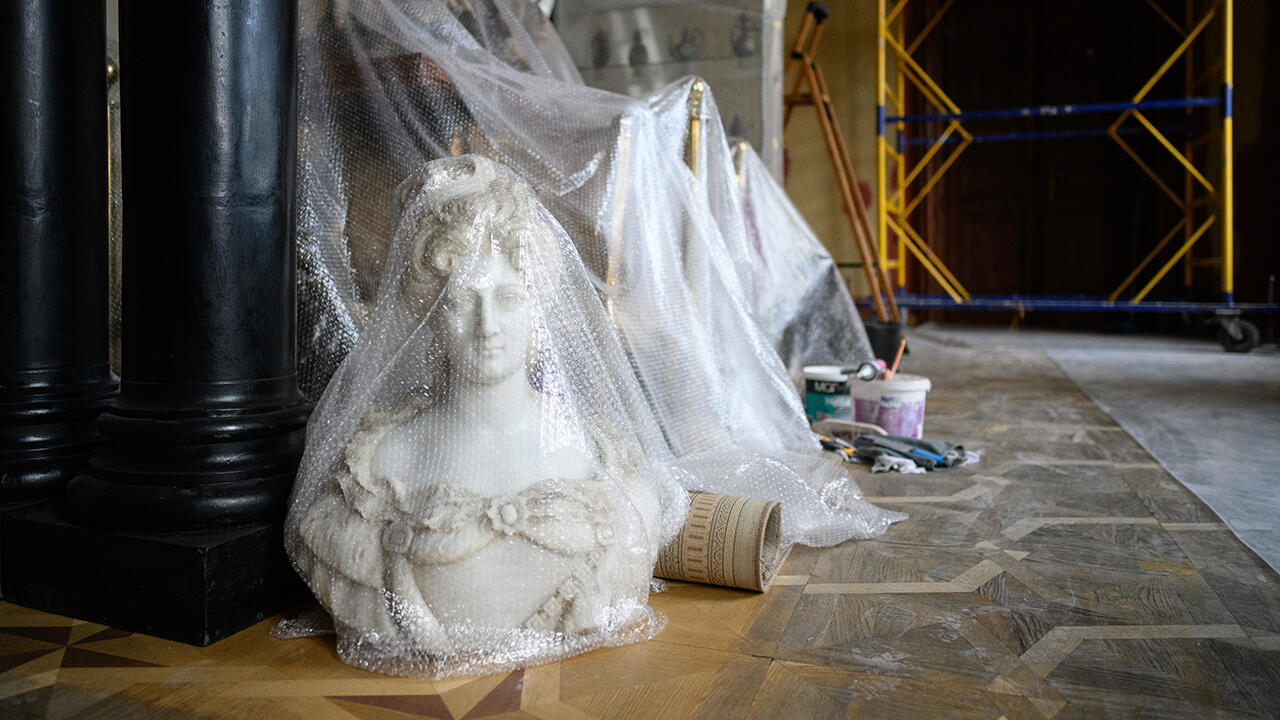