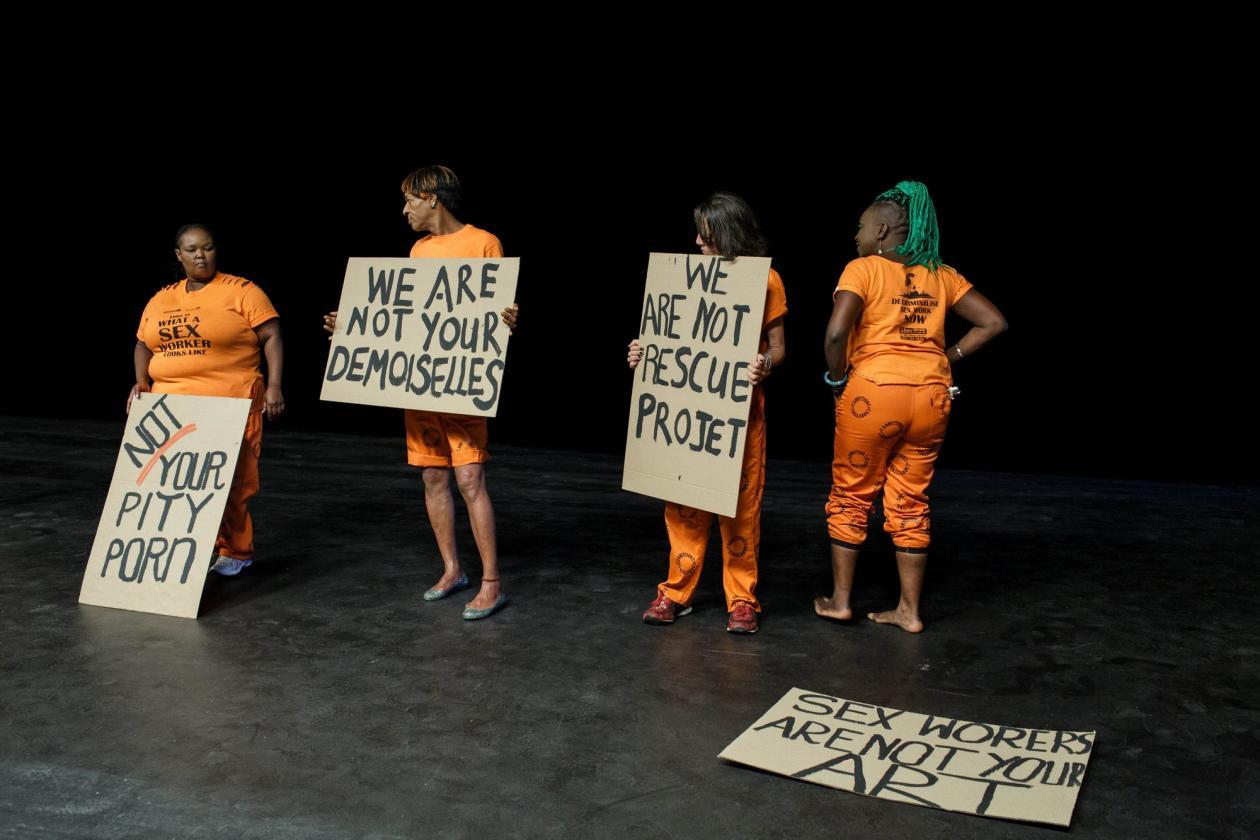 In ‘Sex Work’, two recent works by the Berlin-based South African artist Candice Breitz are placed in dialogue with paintings by William N. Copley. Copley, who painted primarily during the 1950s, ’60s and ’70s, was enamoured with women and produced works that fetishized sex work, as seen in a piece such as Tomb of the Unknown Whore (1966). Contrastingly, Breitz directly engages with and gives voice to a community of sex workers in Cape Town. The first room of her 13-channel video installation TLDR (2017), which acts as a type of follow-up to her critically acclaimed Love Story (2016) which was screened at that year’s Venice Biennale, shows a 12-year-old boy as he recounts a recent narrative that affected the relationship between Amnesty International and a coalition of actresses, including Meryl Streep, Charlize Theron and Carey Mulligan; a narrative that turned feminists against feminists. His words are animated by ten sex workers flanking him on both sides, often holding signs that reiterate his phrases, naming convicted and alleged sexual offenders, or reacting with familiar acronyms (OMG, NSFW, WTF and the titular TLDR). The second room, with ten suspended monitors, offers visitors the chance to get to know each of the sex workers through a series of personal interviews. Through a collective twelve hours of footage, alongside the personal stories shared in Sweat (2018), the sex workers involved with the Sex Workers Education & Advocacy Taskforce receive a voice that works such as Copley’s silenced.