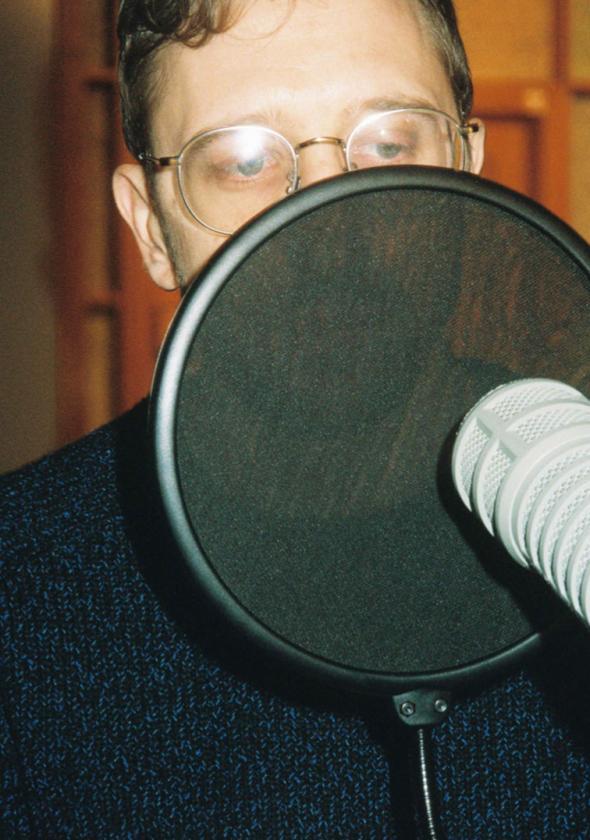 Eighteen years ago, only 15 border walls and fences existed between sovereign nations; today the number of physical barriers between nations is 63. In response to this, Lawrence Abu Hamdan’s single-channel performance-video Walled Unwalled (2018) explores the significance – or lack thereof – of walls in our current world. The 20-minute piece comprises snippets of legal cases revolving around evidence that was heard or experienced through walls, reenacted and performed by Abu Hamdan at Funkhaus Berlin, East Germany’s former radio broadcasting centre. The scenarios allude to the fact that as border walls were constructed, invisible cosmic particles called muons were released into the atmosphere and penetrated the earth beyond layers of soil, concrete and rock. Scientists soon discovered that these particles can be harvested and used to see beyond surfaces previously impenetrable, even by x-rays. Muons have since helped expose illegal contents of lead-lined shipping containers as well as chambers hidden in the Egyptian pyramids. As the artist writes, ‘Now no wall on earth is impermeable. Today, we’re all wall, and no wall at all.’