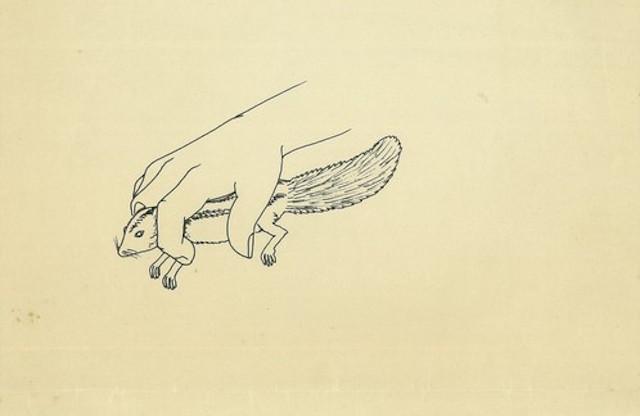 Famed for its natural beauty, Kashmir was once described as ‘paradise on earth.’ Embroiled in the territorial dispute between India, Pakistan and China following Indian independence in 1947, it has become Nilima Sheikh’s obsession over a career spanning more than 50 years. Much of the Gudjarat-based artist’s work speaks to the dualities that characterizes the war-ravaged region: fragile yet defiant, mystical yet modern, with ideas of migration and forced exile punctuating its glowing landscapes. While Sheikh’s tempera paintings are dreamy and infused with influences ranging from Persian manuscript paintings to the poetry of Chinese author Li Bai and the writing of Salman Rushdie, her stencils – more illustrative; at times whimsical – created over the past two decades, are the stars of the show. Enlightening into the artist’s creative process is the tempera painting Sarhad 2 (2014), which contains a citation from The Collaborator, Mirza Waheed’s 2011 novel about the Kashmir conflict. Avoiding didacticism over its troubled politics, ‘Lines of Flight’ speaks to an effort to uncover, trace and memorialize the history of this princely state, even if this recollection remains incomplete.