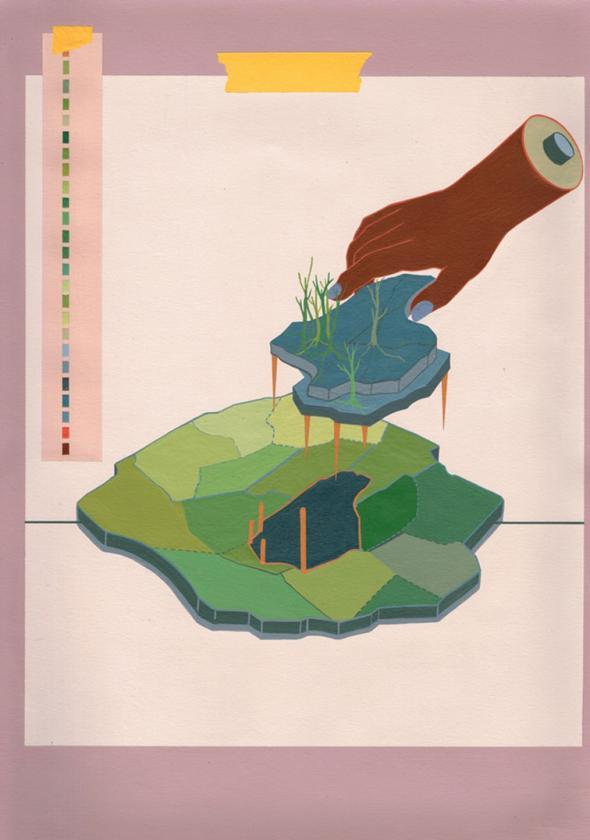 Fifteen years-worth of work has gone into creating ‘Transition’, Otobong Nkanga’s first exhibition at Mendes Wood DM. A new series of fleshy-toned drawings by the Antwerp based, Nigerian artist, sees the human body transform from a fully formed thing into fractured objects. Circling around the notion of land as a place of non-belonging and doubling up as an anthropological study, Nkanga’s work, ranging from paintings, sculptures and video, is a consumption of social and topographical changes that also factor colonization processes and the violence of which minerals are extracted from their natural environment into the equation. Alongside work that explores our physical and metaphysical relationship to the earth, Nkanga also references current affairs in her work, specifically Donald Trump’s ‘rusting state’. Steel to Rust (Calibration) (2018), a woven textile work, draws parallels with the corroding political state which, due to lack of care and attention, has decayed and oxidized.