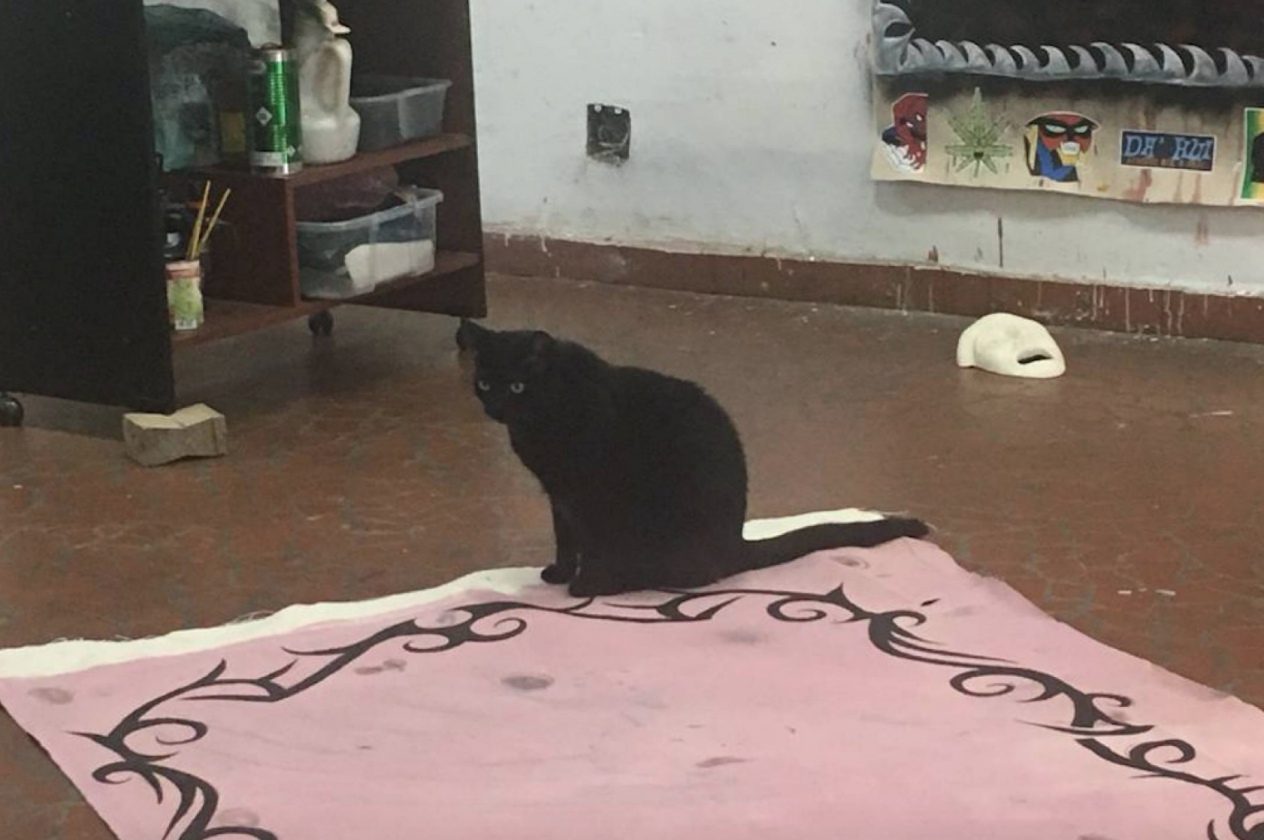 Paulo Nimer Pjota’s virtuosity is discreet. From a distance, the highly-detailed painted figures that inhabit his large-scale panels (usually a combination of non-stretched canvas and sheets of found metal) might look like vinyl stickers in a teenager’s bedroom window or guitar-case. This connection is not fortuitous. Starting out as a graffiti artist in São Paulo, Pjota casually overlaps the visual energy of the megalopolis’s outskirts with images appropriated from vernacular architecture and ancient history’s vocabulary. In his latest solo show ‘Medley’, at Mendes Wood DM, he goes deeper in an allegorical journey started over the past few years. The seven new works on view are as eloquent as his previous assemblages of detailed renderings and found objects, but in these pieces the relationship between concept, painting and found objects seem more figured-out. For instance, in the stunning Cada Cabeça Uma Sentença (A sentence for each head, 2018) – arguably the show’s star – the artist combines three beautifully painted Greco-Roman heads floating over an ethereal deep-blue background (made using a special blue pigment found in the North of Morocco) and a bronze-casted American football in two adjacent panels. The object stands in the middle of circle of barbed wire – which is skillfully painted over a piece of raw canvas looking almost like a theatrical backdrop – resembling the structures and dioramas that display tribal artifacts in Anthropology museums. This apparently playful combination of distant iconic images gets more serious once we read its title, which is borrowed from a street slang marking the disparity of treatment one might get depending on social status or origin. This rather pointed exhibition confirms Pjota is equally involved with aesthetic and sociopolitical issues.