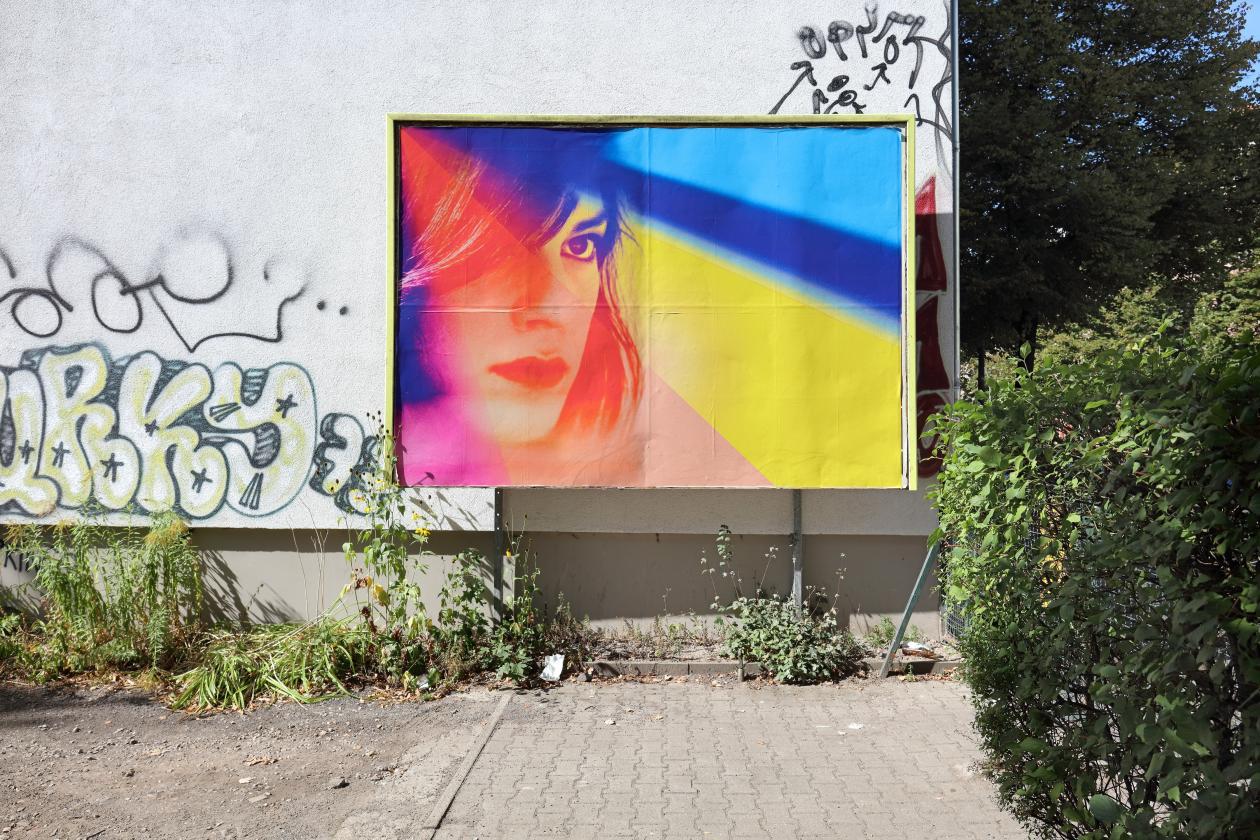 Titled after the eponymous Academy Award-winning Chilean film, Puppies Puppies (a.k.a. Jade Kuriki Olivo) structures this exhibition in a way similar to Charles Dickens’s A Christmas Carol (1843): the Ghost of Christmas Past takes the form of two portraits of Cielo Oscuro; the Ghost of Christmas Present is the poem-as-press release written by Puppies alongside a self-portrait of the artist drawn as a stone mountain with waterfalls of tears, and images of the film’s star, Daniela Vega, become the Ghost of Christmas Future. All three characters in this narrative are Latinx trans women; Oscuro was photographed on the day she began hormone replacement treatment, a process which Puppies began one year ago and which Vega started many years prior. While Oscuro reminds Puppies of the past, Vega represents the hope for a confident, thriving future. Meanwhile, in the present, Puppies produces texts as part of the required therapy to transition, and this free writing acts as a tool to help reveal parts of herself that may be unconsciously hidden. ‘I cried endlessly in this movie. / Just waterfalls sprouting from the / innermost crevice / where lid meets the eye / meets the highest / extent of the nose,’ she writes in the press text. These waterfalls may be manifested in drawings, but the poem reveals aspects of her identity to the audience that may otherwise remain unknown.