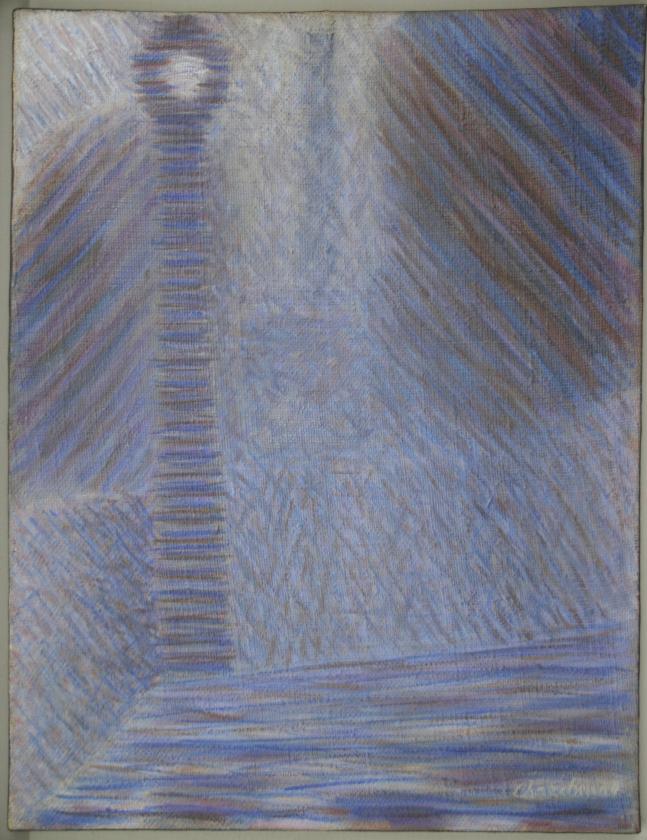 Occasional gallery space 42 Carlton Place – the home of the artists Merlin James and Carol Rhodes, the latter of whom is also the focus of a GSA lecture during GI to mark the launch of a new monograph – has a habit of putting on fascinatingly idiosyncratic historical shows during Glasgow International. Previous exhibitions have included engaging presentations of work by Louis Michel Eilshemius (1864–1941) and Christina Ramberg (1946–95), and for 2018 James has brought together around 30 paintings from the 1930s and 1960s by the Franco-Russian painter Serge Charchoune (1888–1975). James has been a champion of Charchoune for some time and in 2012 curated an exhibition of his work at Edinburgh’s Talbot Rice Gallery which later toured in an expanded form. Featuring previously unseen pieces, with the majority of the paintings displayed at Oxford House, James contends that during the 1930s and ’60s this associate of rather better known artists, such as Marcel Duchamp, Francis Picabia, Kurt Schwitters and Fernand Léger, was producing experimental and uniquely creative works that anticipated key art movements such as abstract expressionism. This is sure to be an insightful leap back in time to two distinct periods in Charchoune’s life.