Immerse Yourself in the Visionary World of Hilma af Klint

in Collaborations , Videos | 07 OCT 22
Join Frieze Become a member to watch this video and gain unlimited access to frieze.com

When she died nearly 80 years ago, Swedish artist Hilma af Klint would have had little idea of the joy, influence, and inspiration her art would one day spread throughout the world. Yet today she is acknowledged worldwide as a pioneering figure in the history of art.

With the publication this autumn of the seventh, final volume of the artist’s Catalogue Raisonné by Sweden’s Bokförlaget Stolpe, a complete overview of the artist’s career - including nearly 1,600 of af Klint’s works – are available to be studied and enjoyed.

In a way that would be impossible in any single exhibition, these volumes make visible the intricate connections between the many cycles in which the artist worked, and are essential for a deep understanding of the artist’s interlinked practice. 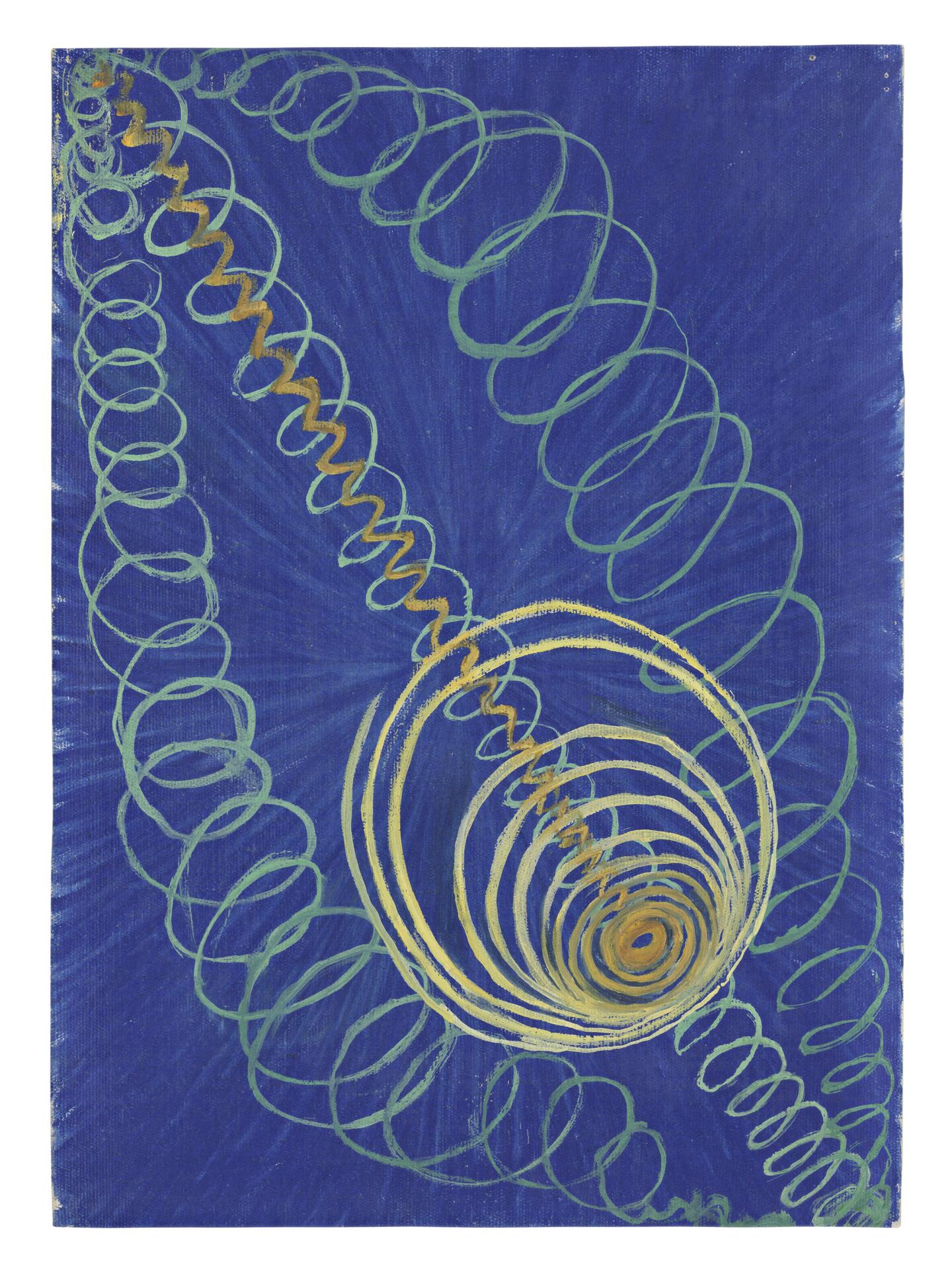 Though little seen at the time of her death, and without a permanent home, over recent decades, af Klint’s work has been exhibited at cultural institutions across the globe. One exhibition, taking place in 2018 at the Guggenheim Museum in New York, was the most attended exhibition in the museum’s history.

The Catalogue Raisonné, presenting the works according to a system based on the artist’s own notes, reflects her spiritual philosophy. Although she did create traditional portraits and landscape paintings, the esoteric works were most important to her. ‘She placed her spiritual work in the centre, in words and pictures,’ notes art historian Julia Voss in the catalogue’s afterword. ‘This legacy, there can be no doubt, was most important to her.’

af Klint was born in Sweden in 1862 and trained at the Swedish Royal Academy of Fine Arts. She became part of the Stockholm artistic scene and achieved success as a figurative painter. But she also pursued a sometimes secret, spiritual path, meeting regularly with a group of four other likeminded women, known as De Fem or The Five, to hold séances. In trance-like states, The Five believed they reached a group of spirits called the ‘High Masters’, transcribing their messages for humanity.

af Klint eventually departed the Five and a new, larger group was formed, inspired by the Rosicrucian Theosophy of Rudolf Steiner, soon to be known as Anthroposophy. Her renown today rests in particular on one specific series of visionary works: a series of paintings, begun in 1906, for which af Klint envisioned a structure both physical and spiritual – the Temple - in which they would be displayed. Completed in 1915 and encompassing 193 individual works, the series ‘Paintings for the Temple’ was undoubtedly the most important single body of work the artist created. 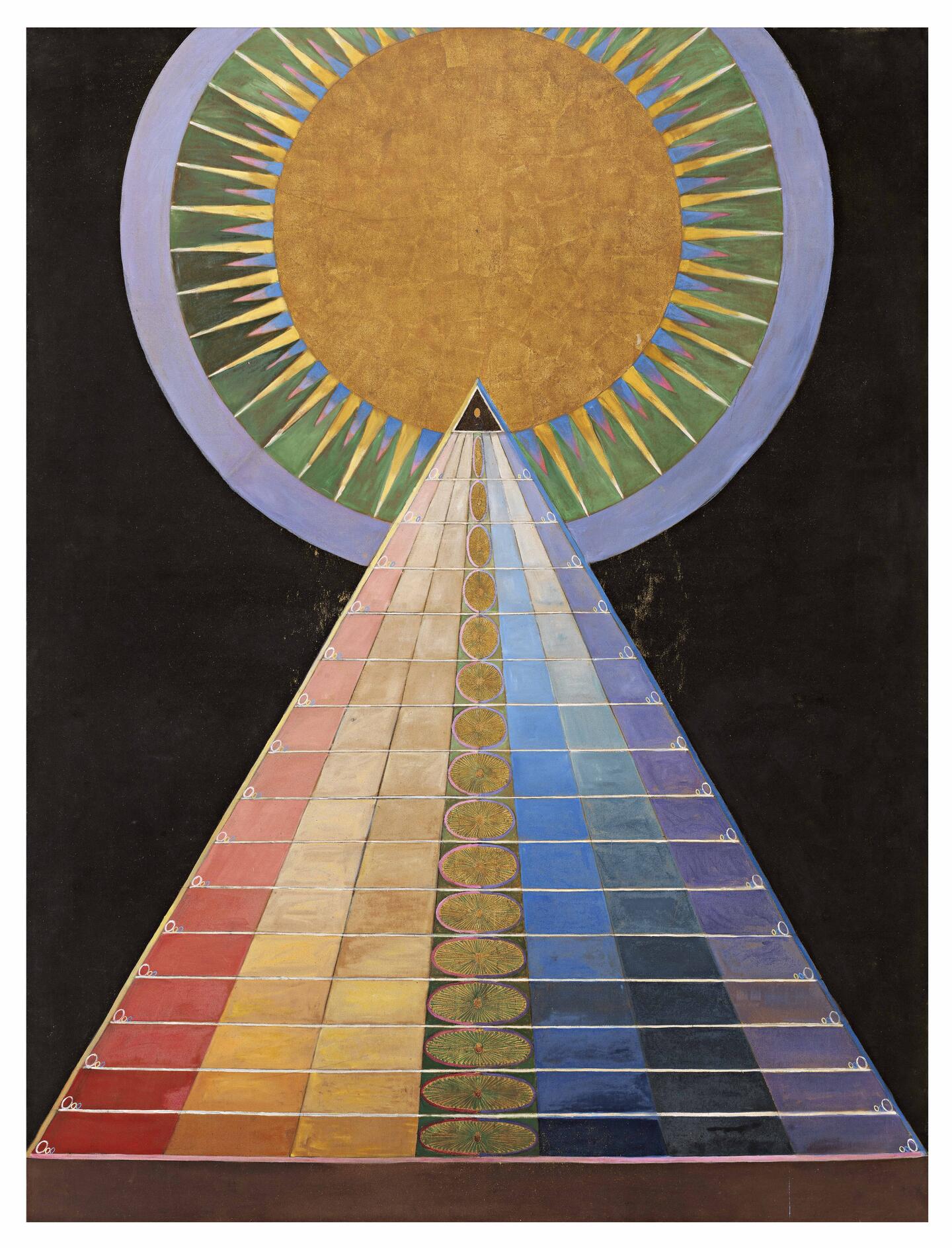 Today they are considered among the earliest modern abstract paintings: coming before even those works traditionally credited with launching modern abstraction by the likes of Kasimir Malevich, Piet Mondrian or Wassily Kandinsky. af Klint’s works enact a sphere of vibrant life—and of spiritual evolution. They are compatible with the processes of teeming nature, the forms always evolving and growing. Her imagery was clearly intended to lead the viewer onto new levels of awareness, beyond those known from everyday life.

During Frieze Week in London this October, exactly 160 years after her birth, af Klint’s Temple comes to life through an immersive VR installation at London’s KOKO and Swedenborg House, commissioned by Bokförlaget Stolpe in collaboration with Axel and Margaret Ax:son Johnson Foundation and produced by Acute Art. In addition, along a path through the Regent’s Park’s that connects Frieze London and Frieze Masters, the viewer can encounter a selection of virtual versions of af Klint’s paintings via the Acute Art app, which also allows users to place virtual af Klint works in their own home.

In this way, this is the first time a Catalogue Raisonné projects extends into virtual space. The Temple was af Klint’s important unrealized project, and this undertaking allows visitors the unique chance to get sense of what it would feel like to really experience it in time and space: seeing how spiral motifs of her abstractions link the forms of the Milky Way and the patterns of a sunflower, creating an epic journey of transcendence. 'The sunflower,' as af Klint noted on July 11th, 1919, 'openly displays the meaning of life.' To book places for The Temple in London, go to: acuteart.com

To discover more about the Hilma af Klint Catalogue Raisonné , go to: bokforlagetstolpe.com

To book places in London for The Temple go to Koko https://members.koko.co.uk/thetemple and Swedenborg House https://www.swedenborg.org.uk/events/hilma-af-klint-the-temple/ 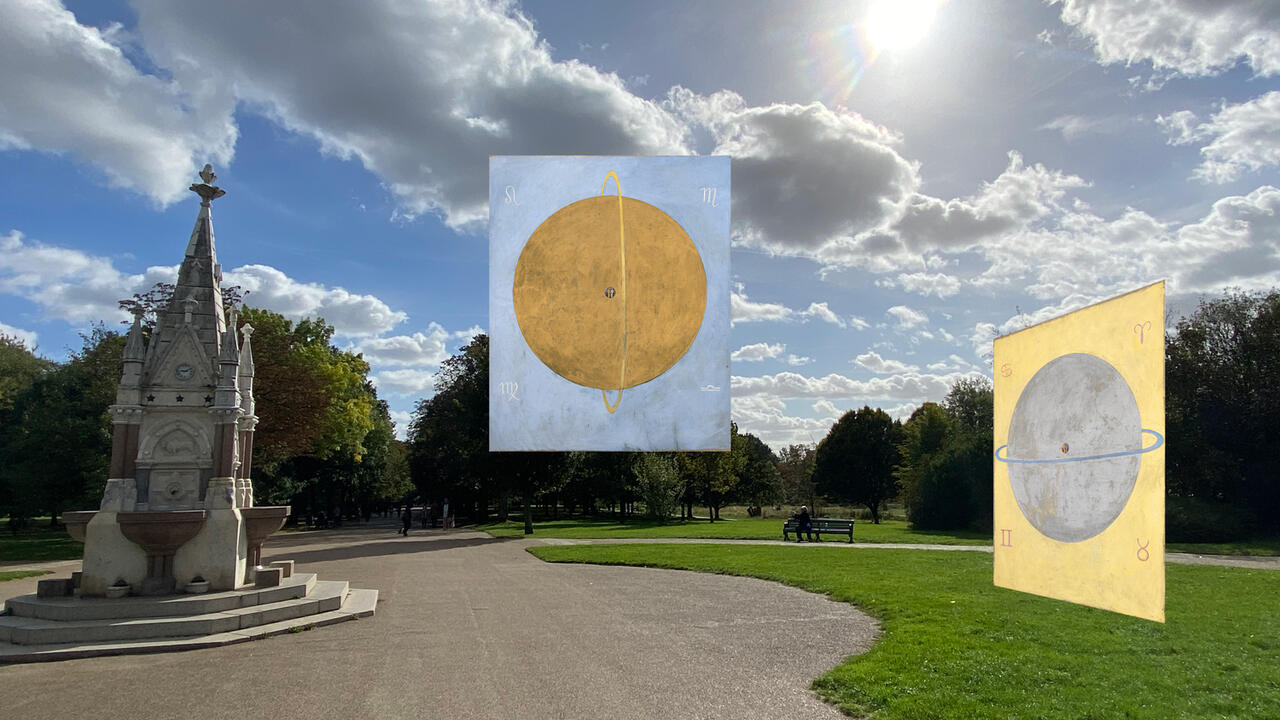