Akeem Smith’s Art for the Next Century

Smith’s ‘No Gyal Can Test’– the artist’s first solo show – organizes an archive of photographs, clothing and dancehall footage for a ‘distant future’

‘To me, it’s a success already,’ Akeem Smith tells me ahead of his first solo show, ‘No Gyal Can Test’, which opened at Red Bull Arts New York in late September. In one of the many signs of our unpredictable times, the launch party for ‘No Gyal Can Test’ was held in March at China Chalet – the legendary Manhattan Chinese restaurant and nightclub – before the exhibition was delayed and Chalet permanently closed. The gathering ended up being an unwitting send off to the restaurant itself. Though none of us knew then about the impending lockdowns, curfews and mass arrests, a precarious, even chaotic, energy was palpable at that party. Smith didn’t look upset about the postponement: he was in his element.

Come mid-September, when I visit him in his studio, Smith is optimistic about the exhibition: a collection of installations that showcase a meticulously organized archive of photographs, clothing samples and 1990s nightclub footage passed down or recovered from a select group of dancehall queens and their documenters. Smith admits he was almost relieved to have some extra time to finalize it. His audience is not just the art world, to which he is a newcomer, or the fashion world, in which he regularly appears, but his family and mentors: namely, the subjects of the works being shown. ‘Having them see the value in it […] of that time, and their lives; how, in shaping themselves, women, in particular women in my community, can shape an art career …’ he says with a laugh, leaving the thought unfinished. It has taken him 12 years to assemble this archive, he tells me more than once. The roll-out had to be perfect.

Smith is best-known as a fashion stylist and, as the photographers and designers with whom he regularly works will tell you, his projects are not really confirmed until they are finished. Presentations of his clothing line, Section 8, for example, are notoriously mysterious. Aged just 29, he has already established a reputation as an unflinching art director. If the project isn’t perfect for that moment, it doesn’t happen. Growing up between Kingston and Brooklyn, Smith was raised around the design collective Ouch, a niche powerhouse group whose style and sex appeal has been responsible for some of the dancehall scene’s most impressive looks. He’s been working on the archive that comprises ‘No Gyal Can Test’ since he was a teenager. Although no one had seen it at the time I met with him – ‘I haven’t seen it yet either,’ he deadpanned – Smith considers his dive into the art world fruitful, seeing as it has forced him to re-establish connections with acquaintances from his old neighbourhood.

Before entering the Red Bull Arts building on West 18th Street, you walk over a grate in the sidewalk, below which archival footage of dancehall performers getting ready for an event plays on multiple screens that appear to shift, lenticular-like, with each step forward. The videos, stitched together by the artist, are a preview of the many moving images looping inside, each displayed in a continuum of access: from pageantry footage obscured by metal gates to montaged upskirt videos playing on a grid of screens laid flat on the floor. In these clips, a handheld camera POV comes inches away from the hands of women pulling at their own underwear, displaying a mesmerizing dance of seduction and power. The content derives from Ouch members’ homes, a family friend’s stockpiled negatives and ‘almost 2,000 hours’ of video cassettes from parties.

Behind quintessentially Kingston curlicue fences and layers of corrugated metal, the found and edited images peek, posing for an audience of another time and place. The gallerygoer is transformed into a voyeur within these installations, as the exhibition invites you to climb through bedroom-like walls insulated with old sheets. Scrap-wood barriers are collaged with fliers, flags and graffiti that state ‘Don’t touch’ or the Jamaican maxim: ‘Remember this … When you come here / What you see here / What you do here / What you hear here / When you leave here / Let it stay here or / Don’t come back here.’

‘When I initially started the project, it was about dancehall fashion,’ says Smith, whose styling clients include Kim Kardashian and The Row. He insists he’s never used Ouch materials in mood boards, instead saving them for this cohesive reveal. ‘I was really being almighty about this is what it is – and I have good reasoning for that, because a lot of things in Black culture can get digested. Through years of us not paying attention, it could change shape.’ Eventually, ‘No Gyal Can Test’ became about more than preserving a piece of fashion history. While sifting through VHS tapes and prints, Smith was affected by the differences between how the old dancehall scene interacted with the idea of documentation and how he, a millennial, interacts with his own version of nightlife.

‘There’s a weird nocturnal economy within dancehall. For instance, [family friend] Mister Morris would take your photo and, at the next party, you would buy it from him. This was his bread and butter. He wasn’t a photographer that wanted to sell prints, it was more: I’m gonna take a photo of you, and you’re almost guaranteed to buy it.’ Now, of course, things are different. Everyone with a smartphone is their own Mister Morris, of sorts. In another example recounted to Smith, cameras at Kingston parties were at times only there for effect. ‘Apparently, they’d think having a video camera livened the party. Now, it seems intrusive, but before – and this was not even that long ago – it was about the video light. At the end of the party, the guy took the roll and broke it. He only wanted to video the party so it would be hype […] That was their psychology.’

Having worked in fashion since he was ‘about 16’, Smith has found kindred spirits in designers who regard rigid schedules as antithetical to their work, like Shayne Oliver (Hood By Air) and Andre Walker. In an interview between Smith and Walker for Pop magazine, published in March, Smith says: ‘I want people to look at other things that aren’t Section 8 and be like, “Oh, that’s so Section 8!”’ In other words, his work is meant to inspire the sensation of connectivity or nostalgia. The installations and imagery that make up ‘No Gyal Can Test’ do something similar. For example, memories of childhood curiosity are prompted by performances of seduction placed out of bounds but at eye level – on the other side of a hole in the wall or under the floorboards.

Music by Ashland Mines (aka Total Freedom) and Alex Somers, appropriated text by literary scholar Carolyn Cooper, mannequins made in collaboration with sculptor Jessi Reaves and docent uniforms created with designer Grace Wales Bonner make for a quietly star-studded show. Rumour has it that Kanye West contributed to the soundscape somehow, going uncredited – but this is the kind of hearsay often associated with a Smith event, like a Section 8 show, which is announced on the day of.

Walking around body-like shapes bulging out of vinyl corsets and a massive custom speaker system made to mirror those carted out for the block parties of Smith’s adolescence, it’s hard to avoid the sense that ‘No Gyal Can Test’ was designed to be filled with a crowd. There was a socially distanced opening on 23 September, followed by an impromptu outdoor after-event at the once-buzzy nearby restaurant Cafeteria, but with only a few people at a time allowed into the gallery to see the art, the atmosphere is an eerie one in which to view reconstituted dancehall memories.

‘It’s really for the people in 2120,’ Smith said before the open date, and the sentiment rings true in the space. It is as if we are already in some distant future, looking at a past framed by another past: one in which a big party could have legally happened. (Ever the unwitting trend-forecaster, Smith may have been the first person to strategize a perpetually evolving personal brand, saying in a 2012 video clip for the archiving platform VFiles: ‘I’m developing a brand, but the brand is developing a brand.’) Here, the delay of Smith’s solo debut adds weight to its already emotive content.

‘There’s a piece called Social Cohesiveness,’ Smith offers as an example of the accidental incongruity he relishes. ‘People are doing things together but unaware of what they’re building. There’re certain social cues that we don’t recognize now because we’re living them. In 2130 …’ Smith starts a thought, then decides against articulating it, keeping all uncooked predictions to himself – for the time being.

Natasha Stagg is a writer who lives in New York, US. 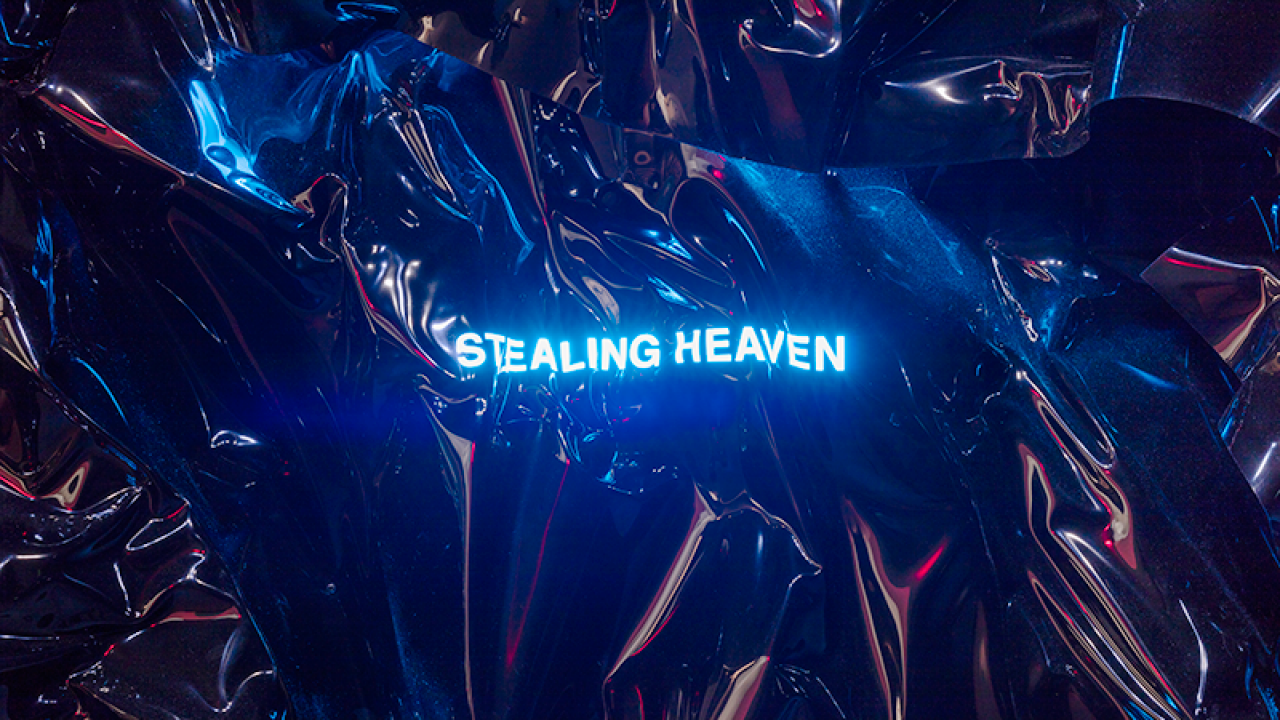 Once labelled a ‘TV terrorist’, the video artist returns with her first posthumous retrospective at Red Bull Arts New York