The artist's exhibition, ‘A Portrait, a Story, and an Ending’ at the Kunsthalle Zürich, is the first in a series to test the institution’s library space

Since the Kunsthalle returned to the renovated rooms of the Löwenbräuareal last summer, this room has stood in limbo, a low-ceilinged area marking the end of the Kunsthalle’s lower storey following a chain of larger galleries, home to a few books and host to occasional talks. The main galleries currently house a retrospective exhibition of the work of Yang Fudong stuffed full of video, film and photography. Cescarco’s spare presentation is a welcome hiatus: as its title suggests, it consists of a portrait, a story and an ending.

The portrait is A Printed Portrait of Julie Ault (2013), in which glimpses of recent material written and published by Ault are visible behind the kind of a mount in which one might display a group of family photographs. Judging by the texts Cesarco has assembled, Ault has been thinking recently about the legacy of Group Material, the artist collective she co-founded; Sister Corita Kent; the use of archives; the exhibition ‘Cultural Economies’, which she curated at the Drawing Center on the alternative art movement in New York; and Felix Gonzales-Torres, fellow member of Group Material. Ault herself has been a subject of recent, well-earned attention in the German-speaking world, given her involvement in last year’s Documenta and the exhibition ‘Tell It To My Heart: Collected by Julie Ault’ at the Museum für Gegenwartskunst in Basel. While nominally culled from her collection, this latter show forms another portrait of Ault and her diverse career, as the works were largely given to her as presents by artists with whom she collaborated. Cesarco himself is also represented in her collection, and his A Printed Portrait of Julie Ault refers to Gonzales-Torres’s Untitled (Portrait of Julie Ault) (1991), a large work using words and events supplied by Ault herself to document a moment in her life and practice.

Next to the portrait appears the story, or rather a pregnant moment within a narrative. The digitalized 16mm film Shortly After Breakfast She Received The News (2013) is seven minutes long, but effectively consists of one still image of a white tablecloth with crumbs and reading matter, abandoned after reception of the news. Dust and the grain of the film demonstrate that time is passing, but events have moved away from this setting.

The ending, to complete the show, is Index (An Orphan) (2012) – six sheets of photographic paper printed with the index of an unwritten book whose entries such as ‘Allen, Woody’; ‘bike, little green’; ‘Bergson, Henri’; ‘boredom’; ‘legacy’; ‘Oedipus’; ‘Wizard of Oz, The’; and ‘woes’ cover written works, films, emotions, the anecdotal and famous figures.

A small printed booklet containing an interview between the artist and Beatrix Ruf accompanies the show, in which they muse on libraries, Jorge Luis Borges – of course – and portraits. As an opening gambit in the discussion of what the Kunsthalle’s library could be, Cesarco’s works suggest literary possibilities: the portrait immediately offers tangents that could be followed and is a starting point for the potential cross-referencing and exchange of ideas, albeit a privileged exchange for Cesarco as he knows the author. The film confirms the cliché of images being better in your head, providing a catalyst for the imagination rather than showing us the story. And the index, the latest in a series by the artist, uses references with which the viewer can generate another multifaceted impression.

Cesarco’s version of a library is thus one open to collaboration and generous with his sources. But it is also problematic, as problematic as the idea of the library itself today. The folded periodicals that lie on the table in Cesarco’s film and the texts that surround us tell us that we’re amongst reading friends. Is this enough? The sucker punch of Borges’s stories like ‘The Library of Babel’ was the way he harnessed the notion of the unlimited potential of books and libraries, but now that the very mention of Borges operates as shorthand with which to piggyback on that effect, are we not in danger of forgetting the concentration and duration required for reading? Seen in isolation, these works are somewhat akin to lingering in an antique bookshop to enjoy the smell of the leather binding and expecting to absorb knowledge by osmosis.

In the interview Ruf eventually concedes that this library will not be the library of the publications that have been gathered and generated by shows in the Kunsthalle, but a space for a taster of it. The main archive will be elsewhere; the open library will be ‘the communal space or living room’ for browsing. In light of this, Cesarco’s work becomes interesting in terms of the attention given to what one sees in a gallery context – reading versus looking. But even if he generates books without the legwork of writing (as in his Indexes), libraries are hard work, whether they are places for research or for the discussions that research could trigger. Right now, given our shortening attention spans and access to so much information online, libraries are both essential and impossible. Cesarco – or Ruf, as curator – provides a whiff of a library fetish, but not a solution to the library problem. 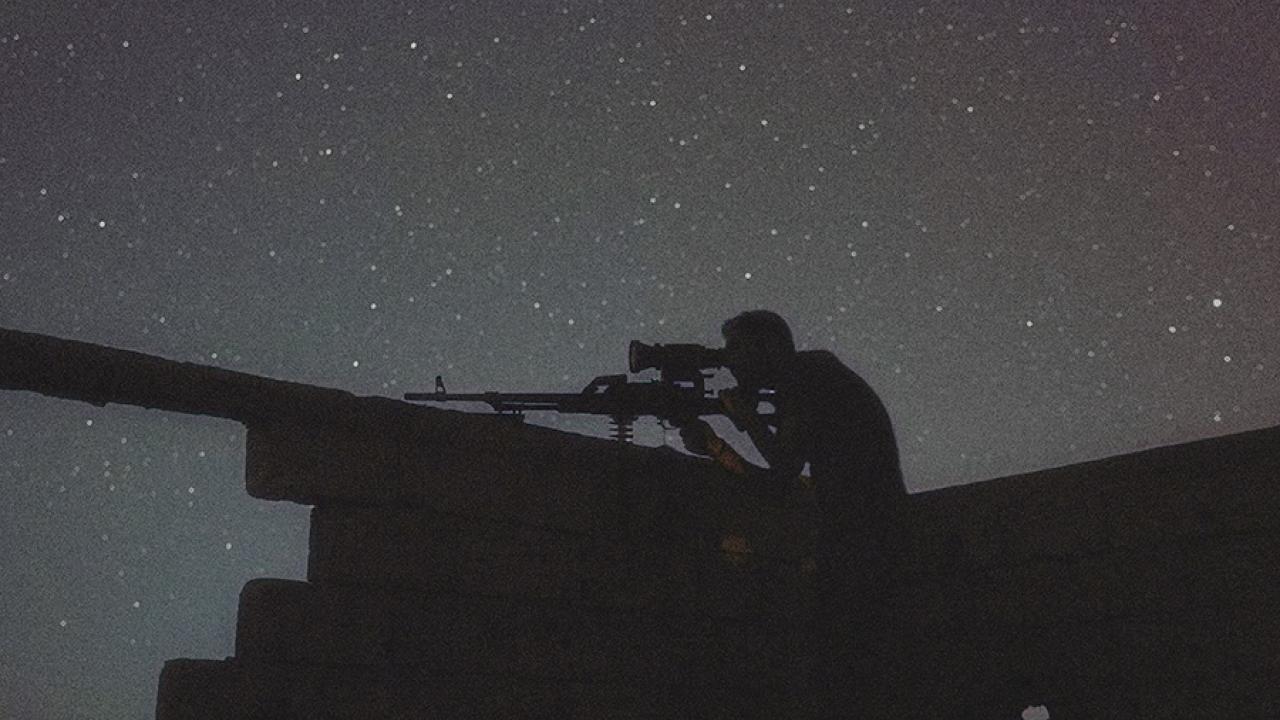 Reviews
Matthias Bruggmann: The Liability of a Lens

An exhibition at Musée de l'Elysée, Lausanne, raises questions about the photographic proof of events happening in the Middle East 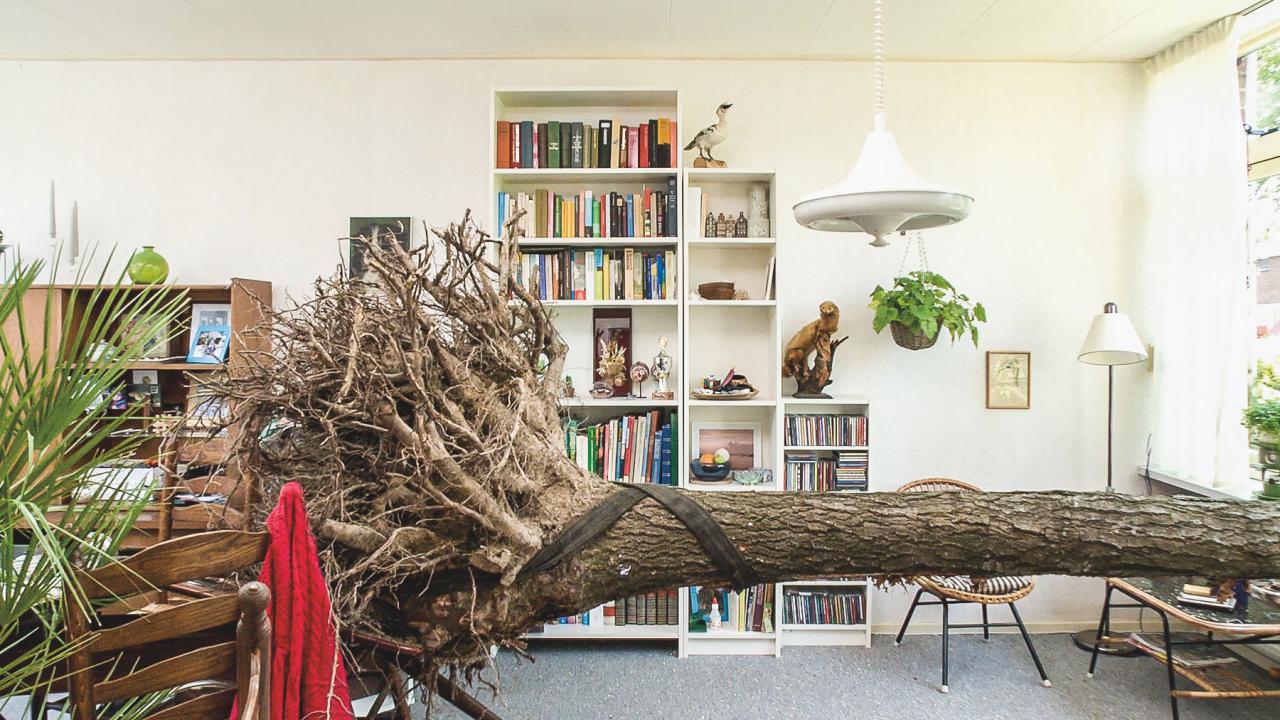 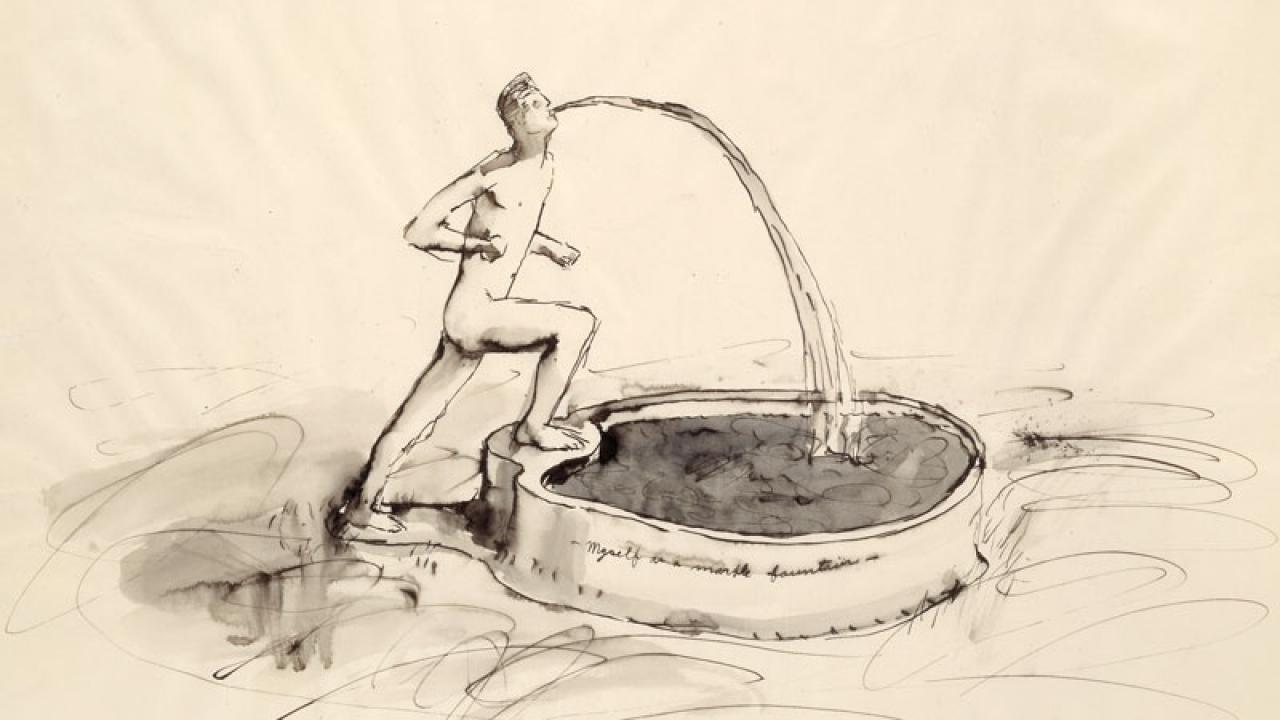 Critic's Guides
Your Guide to the Best Shows in Basel

From Bruce Nauman at the Schaulager to the story of a 1970s artist community in Carona at Weiss Falk, all the shows to see in town this week 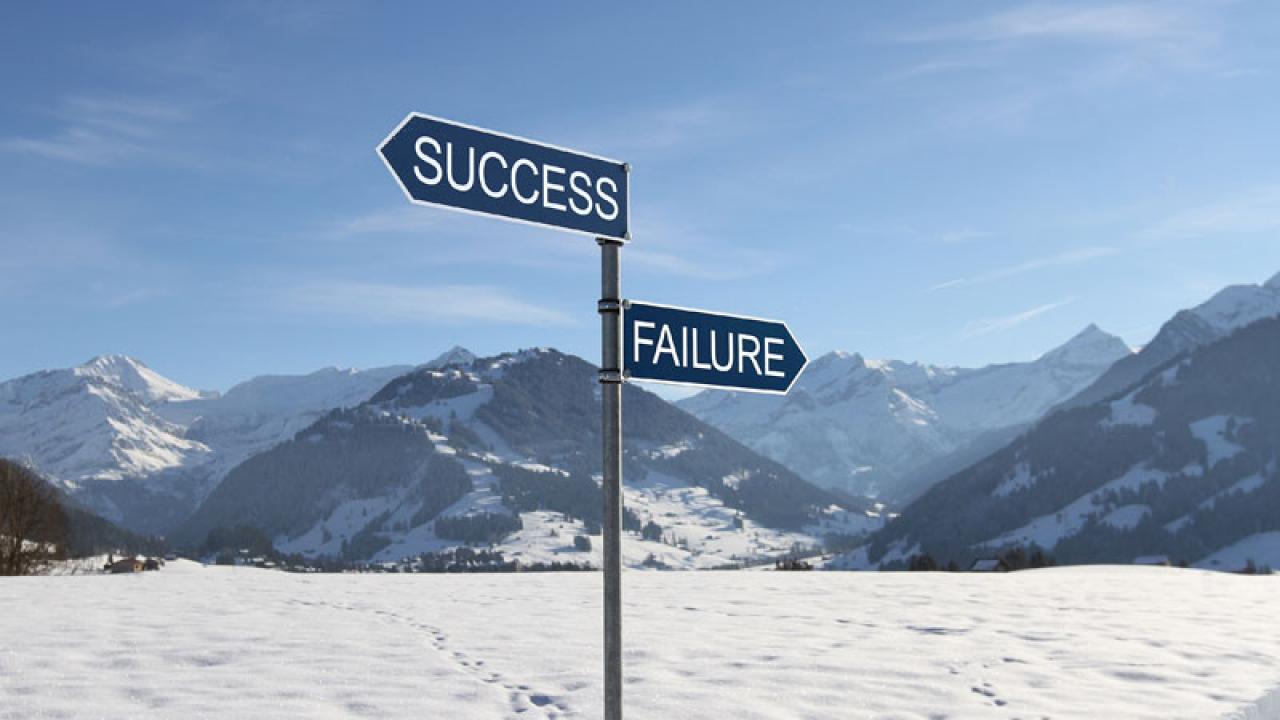 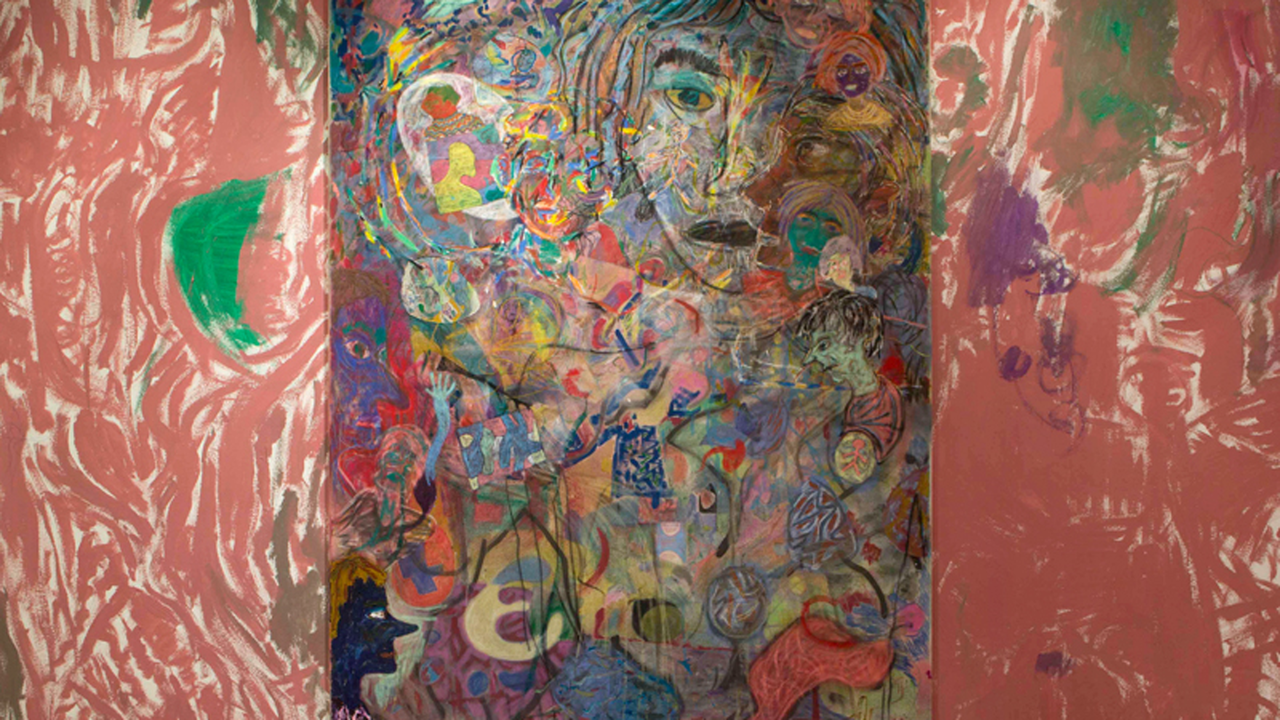 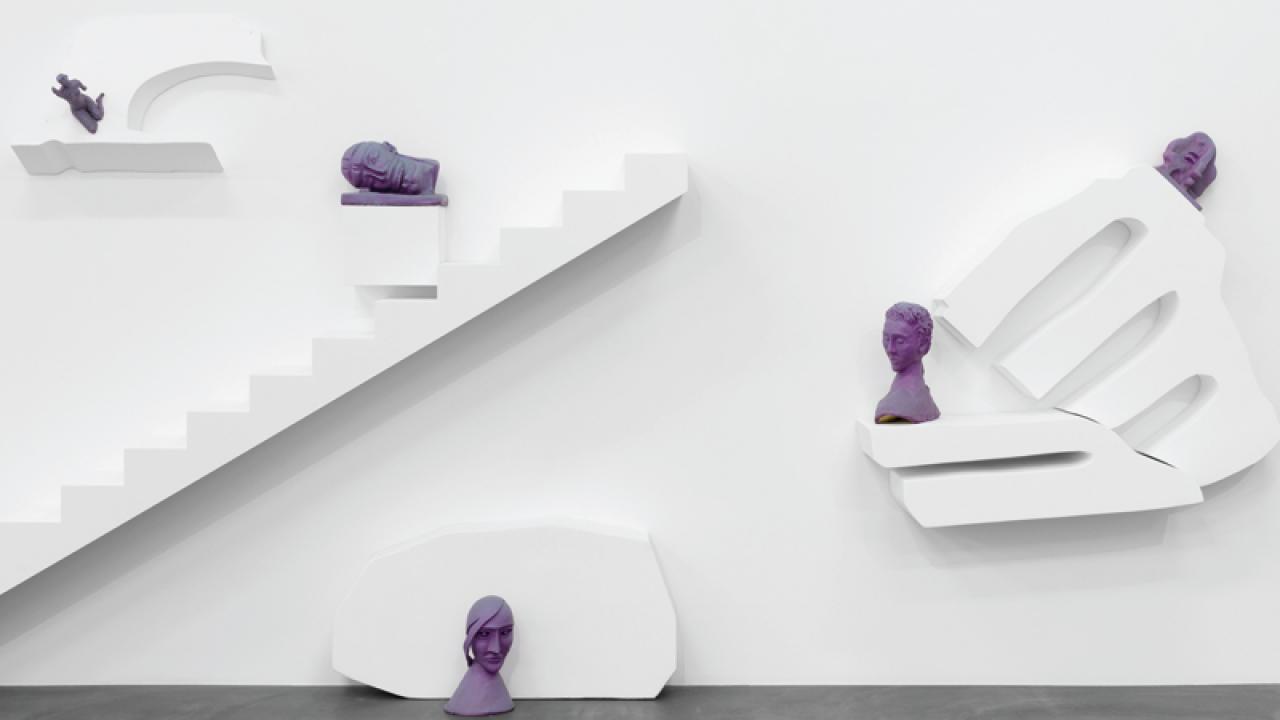 In her current solo show at Kunsthalle Zurich, the artist's sculptures propose new manners of dwelling and co-existence