Alexander Kluge on the Birth of the 20th Century

Rem Koolhaas: ‘The strategies and mechanisms that later shape Manhattan are tested in the laboratory of Coney Island’

In his book Delirious New York: A Retrospective Manifesto for Manhattan (1978), Rem Koolhaas develops his astonishing analysis of the ‘technology of the fantastic’. This fantastical and by no means merely practical doctrine underlies, he writes, New York’s methods of construction. Koolhaas calls this ‘Manhattanism’. He is concerned with the ‘exploitation of congestion’, that is, the wistful (‘delirious’) movement of masses in the direction of the former entertainment centre of Coney Island, a movement which tolerates no hindrance whatsoever and with all its buzz remains serviceable as an attraction beyond Coney Island. This includes the employment of used projection equipment from the amusement park for secondary use in Manhattan.

The American feature film Lonesome (1928) by Pál Fejös schematically presents one man, one woman and the crowd. And indeed, the wave of humanity, brought in on specially chartered buses, accompanied by brass bands that set the mood, surges toward the ocean and the amusements of Coney Island.

The dock says it is afternoon. Bathing on the beach. One-piece bathing costumes. The eye is drawn to parts of the arms, the throat, the upper thighs. Lonesome shows sand churned up by feet. Thousands of feet have moved to the water and out of the water. To this place the worker and the switchboard girl have come. They do not know that they live next door to each other. But by chance, on the trip here, they have recognized each other. He has followed her. The dialogue in the film establishes the process of mutual disarmament. This process is necessary if the improbable achievement of an established intimacy (Niklas Luhmann) is to be effected. This is at the core of novels and plays. At first, both of them make a show of their background and their own worth. ‘I’m meeting someone at five at the Ritz,’ says Jim, the worker. There is little that Mary, the switchboard girl, can say in reply to that.

The riposte comes from the counter-effect of actual circumstances. Night falls. The crowds have quit the beach. The two protagonists, in their one-piece bathing suits, realise that they’re freezing. They admit to their real occupations. Love is not yet part of the exchange; that is a lofty agenda. ‘Let’s have fun,’ says Mary, the keeper of little lambs. She thinks that only the act of sexual intercourse makes it possible to decide what one feels for the other. Perhaps something that could be called love will crystallize. What might this be? Something that can take a knock or two.

The couple move on to the attractions. The pleasure machine of Coney Island is not too precise. Mostly sheer thrust, the machine serves amusement, and considered as machinery Coney Island (‘the amassing of change’) could not be of any conceivable use in a factory; even as a contrivance, it leads to accidents.

The fortune teller as utopian

The voice of the fortune teller: This very day you will meet a brown-haired woman and you will stay together until your life’s fulfilment has been achieved.

The fortune teller, an automaton, is of moulded iron construction. The jaws open and close, yielding up sounds fed in by a phonograph. A gleaming blue eye opens and shuts. White hair, and furrows that mechanically crinkle the brow. An image of wise dependability. The automaton’s utterance seems to fit Mary. The two take each other by the hand.

On the roller coaster they are assigned places in separate cars. Their partners in these two-seaters are no more a couple than they themselves are. They try to communicate across the distance using signs. The terror of the abyss. Ever since 1902, succeeding generations of engineers have added new effects to this roller coaster every year. This has destabilised what was originally a well-balanced overall design. Today, the stress to which the machinery is exposed has hit its limit. The wheels of one of the cars starts to glow on the steep curves, the machinery catches fire; an accident, but there are no signs of any precautions or of stopping the adventurous pleasure ride. People could die like this.

Director Pál Fejös made only this one feature film, a gem of the modern spirit. Later, in Thailand and Madagascar, he made ethnographic documentaries. The Hungarian’s interest was in people, in sociology. Here, in his masterpiece (Walter Benjamin’s favourite film), he narrates the night-time hours of his two specialists in happiness. The accident on the roller coaster tears them apart; storm clouds roll over the places of pleasure. Soaked by the rain, they return to their respective apartments, their living containers. Although their apartments (as the viewer can see) are so close to each other, they would have remained in their separate existences if it were not for music. The hit song ‘Always I Will Love You’ survives on record. This was the tune the brass bands were playing to accompany the vehicles that brought the two (and the crowds of pleasure seekers) to Coney Island. In each of their apartments there is a record player. Both of them own the record of that song. They find it comforting to listen to the song again. The most valuable characteristic of humankind, writes director Fejös, is longing. If it could be hoarded as in a bank account, the quest for happiness would produce billionaires.

A dream that was thought to be already over / Suitability

Two Robinson Crusoes in New York City. How lucky that I can defend my little place against anyone else in the crowds of millions. Otherwise, I should be unable to say what I want. Now, from the next apartment, Mary hears the song ‘Always’ – that is to say: I am resolute, dependable and at all times, I shall be near you, even when you’re 64, in other words, sturdiness, suitability – she hears the message from the adjoining cell. Taking heart, Mary opens the door to the apartment, which is not locked, and sees Jim, whom she thought she’d already lost.

And so, in the teeth of adversity, despite the objective unsuitability of the amusement machinery, despite the uncertainty of the two protagonists in all matters to do with the happy conduct of their lives (the difficult task of transferring to a love relationship the highly developed skill with which Mary handles telephones and Jim caresses machine tools), concrete fun does occur. It continues until Monday morning. Then the 1928 professional world of work recommences. But the two of them take a sly delight at the prospect of resuming that evening.

At the time of the 1939 World’s Fair the ergonomist D. Knoche, New York, developed the concept of ‘spiritualization’. This could be observed, e.g., at the climax of large sporting events when spectators would be enveloped by a kind of cloud. This creates the phenomenon of the ‘unforgettable’ in people’s heads. This is not to be confused with a cloud of sweat. Occupational scientist Detlevson disagrees with Knoche and calls his vision ‘ghostly’. Indeed, on multiple occasions between 1943 and 1945 several engineers from Speer’s weapons-development staff observed ‘ghostly apparitions’ – the sudden, improbable proliferation of drivers in the work process – which testify to Knoche’s analysis. Thus, April 1945 saw the inexplicable construction of 7,800 fighter jets for which no demand plan, material, or manpower was available at all. Indeed, not even the place of production was subsequently determinable. And yet the aircrafts were there, if useless for want of crew.

Alexander Kluge is a filmmaker, author and leading figure of the New German Cinema. He lives in Munich, Germany. 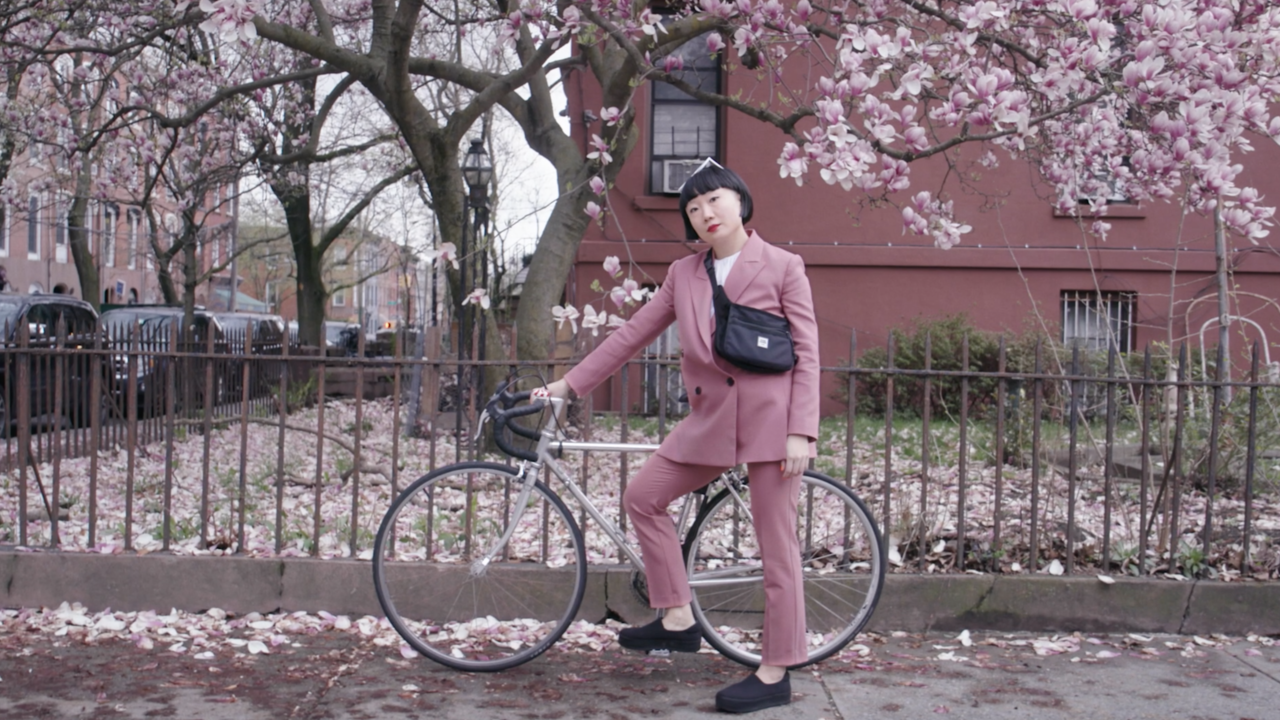 In the first of a new series asking how creative individuals find a home in the city, the art world digital strategist explains how NYC always ‘gives back whatever you put in’