From relentless development in the Persian Gulf to the slow pace of building in Rome, Bradley Horn and Cathryn Drake survey the past year 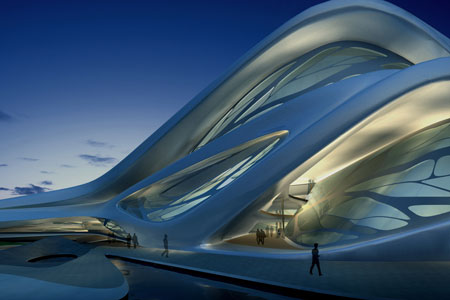 Bradley Horn
An architect and writer living in New York.

For Zaha Hadid, Frank Gehry, Tadao Ando and Jean Nouvel 2007 was the year of happiness. In January they unveiled plans for the cultural district of Saadiyat Island, or ‘Island of Happiness’, a proposed 27-square-kilometre development 500 metres off the coast of Abu Dhabi slated for completion in 2018. In what is being touted as the largest mixed-use development in the Persian Gulf, Crown Prince Sheikh Mohammad Bin Zayed Al Nahyan rounded up Hadid to design a performing arts centre, Gehry the biggest Guggenheim to date, Ando a maritime museum and Nouvel a Classical art museum that, for $520 million, will bear the name of ‘The Louvre’. Those bewildered by the pace of development in the UAE need fret no more. In May the collective AMO/Archis/Moutamarat launched Al Manakh, the first guide to architecture and urban design in the Persian Gulf, published as a special edition of the journal Volume. Rem Koolhaas openly challenges detractors to ‘start viewing the Gulf’s transformation on its own terms’. Following a look at Dubai and an overview of the Gulf, the book concludes with a ‘global agenda’ for cities such as Caracas, Mumbai, Moscow, Cape Town and Santa Cruz de Tenerife, outlining initiatives for providing ‘shelter, security, sustainability, fairness and dialogue’.

In contrast to developments in the Gulf, which rely on the fantasy of a contextual tabula rasa, were three projects completed in 2007 that drew their power from a direct engagement with history. Opened in September, Peter Zumthor’s Kolumba Diocese Museum in Colgone is his self-proclaimed antidote to the ‘Bilbao effect’. Designed from the ‘inside out’, this grey brick building synthesized an array of architectural fragments, including a chapel designed in the 1950s by Gottfried Böhm, layers of medieval and ancient archaeology, and the ruins of the Gothic church of St Columba. Like a prehistoric insect trapped in amber, what remains of St Columba’s walls were delicately absorbed by the new museum’s outer skin. An alternating solid and void brick pattern dematerializes the surface above it, admitting a transcendent dappled light into the building’s interior. While Zumthor embraced the monumentality of the edifice, Steven Holl employed light to make his extension to the Nelson-Atkins Museum of Art in Kansas City all but disappear. Opened in June, the Bloch Building is composed of five translucent structures that Holl calls ‘lenses’, which glow at night like giant lanterns illuminating a pathway to the original limestone museum. By stripping them of materiality and iconography, and hiding below ground their connection to the original 1930s’ Beaux-Arts building, Holl juxtaposed the historical with the ahistorical. In contrast, Rafael Moneo’s extension to the Prado Museum in Madrid, which opened in October, was based on a sensitive reinterpretation of its historic context. Moneo nearly doubled the size of the huge museum by integrating three adjacent buildings, including the cloister of the 17th-century monastery of San Jerónimo el Real. The 3,000 stones of this Baroque cloister were controversially dismantled, restored and reassembled before being enclosed in a new concrete skin that forms the Prado’s new sculpture gallery. Large skylights create a magical sunlit space, which fuses the 17th century and the 21st, with Juan de Villanueva’s original Neo-Classical museum serving as a charged programmatic bridge.

Finally, with its steel stilts, sliding yellow sheet-metal panels and blue-tinted glass portholes standing out against Manhattan’s skyline, Jean Prouvé’s Maison Tropicale (1951) was the year’s winner for most surreal encounter. Originally designed as a kit of parts that could be shipped to Africa for assembly by French colonists, the house was snatched from war-torn Brazzaville, capital of the Republic of Congo, by French antiques dealer Eric Touchaleaume and collector Robert Rubin, restored in France and shipped to Long Island City in Queens, where it was sold at Christie’s for $4.97 million. Unlike Philip Johnson’s 1949 Glass House in New Canaan (which opened to the public in June), increasing numbers of Modernist icons that haven’t made the cut as National Trust historic sites are heading for the auction block. Marcel Breuer’s Wolfson Trailer House (1949), which sold for $1.16 million in October, is among the latest. While this trend makes it possible to save buildings such as the Maison Tropicale from destruction, it also threatens to disconnect architecture from the social, political and geographical circumstances that give it meaning. 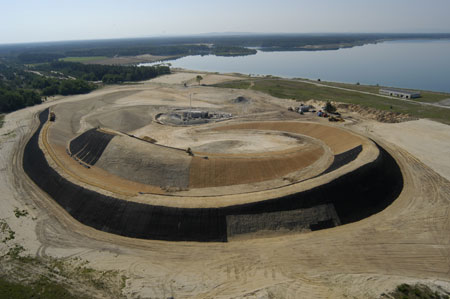 While architecture is reproducing like rabbits elsewhere, Rome is easing into the millennium. In the ‘Eternal City’ new buildings are only considered with heated debate and then often abandoned. Roman architectural time is akin to geological, so what is considered recent is relative: the last two significant buildings to be constructed in the city were designed by the American architect Richard Meier: the Jubilee Church (2003) and the Ara Pacis museum (2006). To compete with powerful historical icons such as the Pantheon and the Colosseum perhaps it is precisely new monuments that are called for, an austere approach that the fascist architects and designers of the 1930s recognized.

Located in the sprawling urban periphery, the Jubilee Church – a light-filled beacon set in motion with three curved white sails – looks like a spaceship that has landed among bland 1970s apartment blocks. Criticized for being too big and too white, the monumental Ara Pacis building is not only in keeping in its proportions with the neighbouring Baroque church and ancient Tomb of Augustus but also shares an architectural language with the Italian Rationalism of the columned travertine structures next door, some 70 years younger. Its stark surfaces will certainly mellow with age, and the museum is perfect in the context – about as good as it gets for Modernist architecture. Both projects demonstrate how a singular structure inserted into an historical context is often better than one that risks banality by trying too hard to blend in through pastiche.

On the other hand, in many of the cities I have visited in the past year I have been struck by the sense of too much architecture. Although it suits some places such as Dubai – a ‘fresh slate’ without a real tradition – in others, such as Beijing, nondescript towers have been proliferating, devouring historic districts and villages alike. In Moscow even designated historical landmarks have become victims of commercialism, the Middle Trading Rows on historic Red Square, for instance, were quietly demolished to make way for luxury hotels and residences.

From the perspective of London’s South Bank cranes accent the horizon, reflecting the city’s increasing pace, rhythm and density. Its growing crush of commanding towers and buildings is part of an intense energy that now approaches that of New York. Momentum has its attractions, but originally towns were designed with piazzas to break up the relentless tempo of buildings. So I find myself increasingly drawn to human dimensions in architecture, if not in scale at least in form. Not so far away across the North Atlantic the homey-sized city of Reykjavik – whose functional dormered structures faced with corrugated metal are dominated by the immensity of the landscape – brings a sigh of relief.

My favourite new structure of the year is literally the shape of a human ear: the Mars Project is an amphitheatre enclosed in the topography of the giant orifice located in a new cultural park developed on a brownfield site in Boxberg, Germany. The Polish sculptor Jarosław Kozakiewicz based its design on the belief that we intuitively take comfort in things that imitate our own dimensions, as well as the Platonic correlation of the human body with the cosmos. He has also been commissioned to create a park next to Auschwitz with an elegantly twisting Ghost Bridge that serves as a passage from the gridded concentration camp to a biomorphic network of walkways suspended over plantings. Both projects evoke our connection with the earth along with mutual healing and rebirth.

Similarly the sensual Serpentine Gallery Pavilion in London, by Olafur Eliasson and Kjetil Thorsen, embodies the landforms and cascades of Iceland, and its precipitous balcony jutting out over the interior educes the vertiginous sensation of scaling the fjord cliffs where puffins cling tenaciously. But perhaps the best architectural caress I received last year was among Richard Serra’s torqued sculptures at his MoMA retrospective. Overwhelmed by their size and the sensation of getting lost inside the spiralling spaces, I rounded a corner and encountered a giant museum guard whose appearance suddenly jolted the scale down as if I had ingested the magical cake in Alice in Wonderland.

In Rome the Neo-Classical Palazzo delle Esposizioni reopened last autumn to much anticipation after several years of renovations, with 10,000 metres of exhibition space, a slick new bookshop, garden café and a highly successful retrofit in the form of an airy rooftop restaurant defined by a glass cube and a soaring metal arch. By 2008 the MACRO, a less appealing conversion of a former beer factory into an exhibition venue, will open a major expansion by French architect Odile Decq, which will hopefully give it some much-needed pizzazz. Meanwhile Romans are watching with baited breath as Zaha Hadid’s sinuously flowing new MAXXI contemporary art museum goes up slowly, after weathering a budget crisis, not far from Renzo Piano’s thriving Parco della Musica, which opened in 2002.

Cathryn Drake is a freelance writer, editor and curator.