BY Pablo Larios AND Natalia Sielewicz in Interviews | 06 NOV 20

Pablo Larios: Recent programming at Warsaw’s Museum of Modern Art has focused on biopolitical and feminist perspectives: ‘Paint, Also known as Blood. Women, Affect and Desire in Contemporary Painting’, which you curated last year for instance, and ‘Niepodległe: Women, Independence and National Discourse’, curated by Magda Lipska in 2018, which focused (among other topics) on the role of women in Poland’s Solidarność trade union movement. With this in mind, what do you make of the huge protests that have engulfed Poland over the past two weeks in response to the constitutional court’s attempted anti-abortion ruling?

Natalia Sielewicz: Those two shows complement each other in an interesting manner in relation to the current feminist revolt. Poland didn’t experience the sexual revolution that many countries did following the social reforms of the late 1960s. In fact, since the communist government fell in 1989, our country has witnessed a re-traditionalization of sexual politics. My exhibition looked at how, in light of intersectional struggles such as reproductive and sexual rights, painting by women provides an important lens through which to view the violence inscribed in acts of seeing and consuming images. I have always been interested in how the politics of shame and guilt are instrumentalized to control the autonomy of bodies. The show explored how pleasure and rage become driving forces of resistance whenever our sexual and emotional lives are policed or rendered taboo. It is no coincidence that these affective registers have become the vehicles of today’s protests. To paraphrase one of the demo’s most popular slogans: ‘I think, I feel, I decide.’

Women’s agency and visibility on the streets is crucial because, as Magda’s show rightly observed, they have been historically overlooked and marginalized in the struggle for liberation. Well, it looks like that’s not going to happen this time around! Women are pissed off. We are demanding visibility, representation, non-optical allyship and, last but not least, we are reclaiming the language that, for years, has been used against us as a mechanism of Othering.

PL: On 22 October, Poland’s constitutional court did away with one of the last recourses for legal abortion. What’s the situation like in Warsaw right now?

NS: Since 1993, Poland has had one of the most restrictive abortion laws in Europe, allowing legal terminations only in case of rape, incest, a threat to the mother’s health and life, or severe foetal defects. The hearing from 22 October ruled that abortion due to foetal defects is incompatible with the nation’s constitution. Following the ruling, people across the country immediately took to the streets. We’ve now seen 14 days of continuous protests: spontaneous strikes, organized rallies, occupations in front of churches and state institutions, road blockades and techno marches attracting over 430,000 protesters in 400 cities and towns. What has become a mass movement was organized and fuelled by a grassroots feminist organization, Strajk Kobiet (Women’s Strike), with the substantial support and allyship of LGBTQ+ and green communities.

PL: How successful have these acts been?

NS: After 12 days of protests, the government delayed implementation of a ruling, while Strajk Kobiet initiated a self-proclaimed Advisory Board, whose aim is to collect the postulates of various protesting groups. Interestingly, these include postulates beyond reproductive justice: for example, the call to separate state from Catholic Church, increased public spending on health care, and human-rights protections for LGBTQ+ citizens and many others.

PL: How has the cultural response been among art workers, artists, galleries and museums?

NS: The cultural milieu has been particularly supportive: cultural workers have taken an active part in protests and some galleries have transformed themselves into banner-making workshops. Wixapol, a fascinating neo-gabber collective, has hosted techno protests. Some artists are mobilizing themselves to join the expert groups on the Strajk Kobiet Advisory Board. In front of the museum, students from the Academy of Fine Arts staged a spontaneous exhibition of banners used in recent protests. This chimes with the show my colleague, Tomasz Fudala, and I recently co-curated for the Museum of Modern Art called ‘Something in Common’, which reflects on our society in these times of political polarization.

PL: I’m seeing protesters carrying images of a red lightning bolt. What does this refer to?

NS: The red lightning bolt image was initially created by Ola Jasionowska – a Warsaw-based graphic designer and feminist – on the occasion of the nationwide Black Protest in October 2016, when citizens demonstrated against legislation proposing to criminalize all abortion. It is a symbol of caution. When all verbal and polite pleas fail, women use this as a warning sign.

PL: How would you say the current protests compare to the situation in 2016, when strikes ultimately led to an earlier abortion ban being overturned?

NS: The sheer scale of these protests demonstrates that we are witnessing a huge awakening in civil disobedience across many sectors of society. To give you an example: the National Women’s Strike of 2016 attracted around 24,000 protesters in Warsaw; last Friday, an estimated 150,000 people marched through the capital. This is possibly the largest insurrection in Poland since the fall of the Communism– and let’s not forget that this is all happening during the peak of a pandemic. Some are taking the opportunity to forward their own agendas – at various points, the protestors were joined by taxi-drivers, miners and farmers – but it’s the youngest generation that is playing the key role in the movement, which is an interesting turn of events. After self-expression became the central driver of the 2000s, and led to the apparent depoliticization of young people, a new wave of activism is emerging – one powered by the online cultural wars and the global wave of protests worldwide.

Pablo Larios is senior editor of frieze. He lives in Berlin, Germany.

Natalia Sielewicz is an art historian and curator at the Museum of Modern Art in Warsaw, where she most recently curated: ‘Something in Common’ (2020, together with Tomasz Fudala) and ‘Paint, also known as blood. Women, affect, and desire in contemporary painting’ (2019). Together with theatre director Bartosz Frąckowiak she co-authored ‘Modern Slavery’ (2018), a forensic investigation and experimental theatre play on forced unpaid labour in today’s Poland. 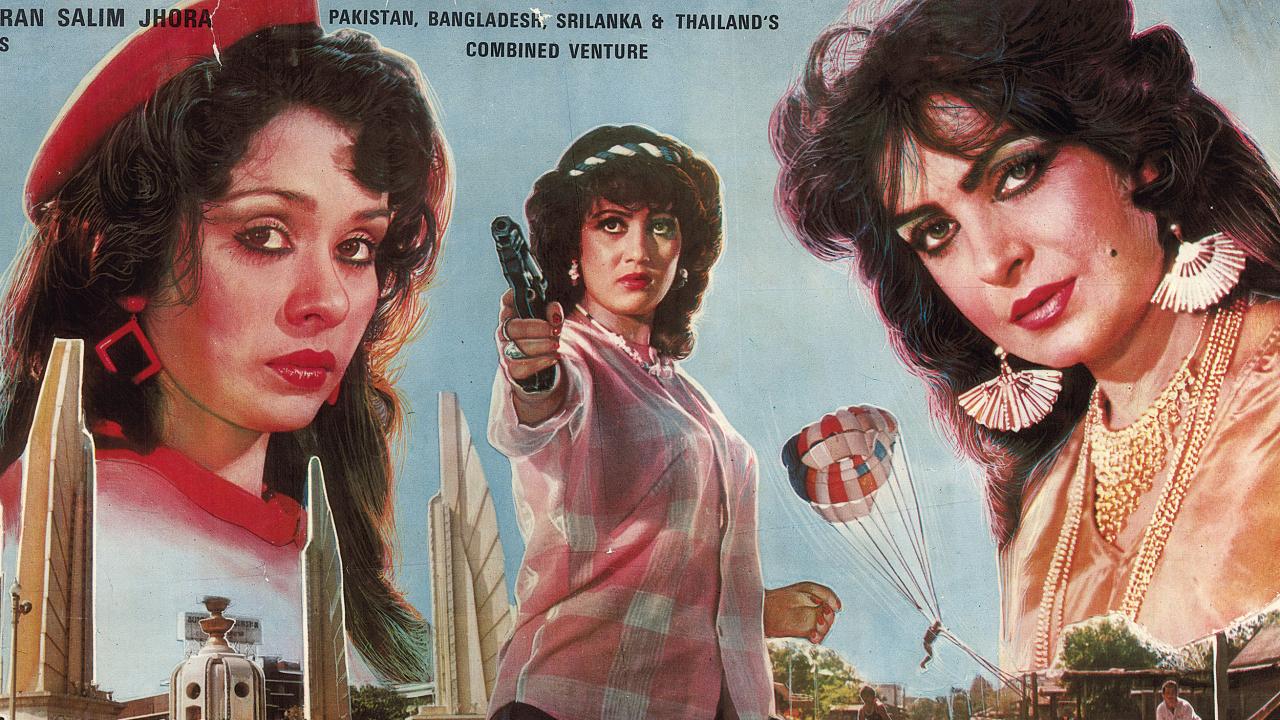