Begrudging Optimism and Much Gloom

‘How are you feeling about the future?’ Most of the answers to the rather ominous question posed in Brett Story’s film The Hottest August (2019) aren’t exactly positive. Competing in the New:Wave competition for emerging filmmakers at this year’s CPH:DOX – Copenhagen’s well regarded creative non-fiction film festival – it is one of several movies with a somewhat apocalyptic outlook. If non-fiction cinema is said to reflect the state of the world, then the present doesn’t look all that promising.

Story – the Canadian filmmaker behind abstract prison-industrial-complex portrait The Prison in Twelve Landscapes (2016) – describes The Hottest August as ‘a film about climate change, disguised as a portrait of collective anxiety’. In it, Story poses her question to a selection of strangers across New York, mostly in the city’s outer boroughs. Fielding thoughts from artists, economists, naturalists and mechanics, amongst others, and soliciting a wide array of responses, it is much more than a straightforward vox-pop interview exercise. It builds on the legacy of similarly sociologically structured films such as Chris Marker and Pierre Lhomme’s Le Joli Mai (The Lovely Month of May, 1963) and Edgar Morin and Jean Rouch’s Chronicle of a Summer (1961) by burying its simple central query within a more abstract, complex form.

Cinematographer Derek Howard’s compositions, for one thing, are consistently unorthodox, finding unusual ways to frame the various subjects within their environments during the interview segments, then interspersing this material with unstructured moments of actuality – a rollercoaster breaking down, or a parasol being blown away, for instance – that contribute symbolically to the film’s uneasy tone. The sound is exemplary, with clattering, mechanical science-fiction style sound design by Ernst Karel alongside sparingly used jazz-compositions from Troy Herion, both generating a mood that is increasingly unsettling. Furthering this, the narration mixes quotes from Annie Dillard, Karl Marx and Zadie Smith with Story’s own writing to create a fictitious context: the film, it transpires, is a communique from a non-human presence sent from the future, and the interviews it contains were those that the being had conducted with earth’s final citizens.

Responses to the query vary, but the overall mood is not optimistic. People’s anxieties alter depending on their racial, social and economic status, but the youngest contributors are always the least hopeful. ‘Now is a bad time to get a job in the environment,’ says one recent graduate, ‘for reasons … political reasons’. A teenage skater puts it more succinctly: ‘Future’s gonna be fucked.’ One of the film’s unlikely themes though – expressed by an African-American artist who walks the streets in a home-fashioned space-suit, playing the part of an ‘afronaut’ reporting back from a better future – is of ‘the importance of being able to dream a future’. For those he’s speaking for, it isn’t climate change that is ‘curtailing’ that, but more pressing factors. Speaking about the city's African American community he says that: ‘The current situation is so dire that perhaps tomorrow they might be killed. The notion of planning beyond that becomes less important than actually trying to figure out how to survive for the next day.’

Speaking to this, another young black participant says calmly: ‘I’m gonna have to do what I’m gonna have to do’, which lends the film a begrudging optimism. Ultimately, after much doom, gloom and nervous palpitations, catharsis arrives in an unlikely form. The Hottest August closes on a suitably strange note, with a small group of people dancing in the streets. If the end-times are coming, you may as well welcome them in with Zumba.

The sense of imminent apocalypse in Sarah J. Christman’s Swarm Season (2019) is more subterranean. Also a film that opens with a simple premise, the central focus here is on honey bees, a species whose extinction is often deemed the would-be precursor to our own. Christman’s subject is a ten-year-old Hawaiian girl, Manu, who, along with her mother, collects endangered bees to breed disease-resistant colonies. ‘Why are the bees suiciding themselves?’ she asks early on, planting a sense of darkness in a film that, like The Hottest August, vibrates with unease.

Switching between scenarios – all of which are shot semi-abstractly by cinematographer Zara Popovici, often with a very soft focus and an off-kilter compositional sense that renders the ordinary unfamiliar – Christman shifts focus between Manu, her mother, her father and the people they interact with, lingering frequently on the land itself. An indigenous activist protesting unwanted changes to his country, her father is up ‘against big capital, against big corporations’, which – in a film that obfuscates information in favour of sensations – turns out to be NASA. A nefarious, if rarely seen, presence in the film, NASA are using the island as a test site for what Manu calls ‘finding another place to live’, a proposition with undertones as colonial as it is apocalyptic.

A fragmented, flittering film, it is often tricky to identify not only what is being shown, but what the significance of it may be. With a wandering camera, non-linear editing and droning, disquieting sound-design, the film’s mode is more sensorial than expository, but through the building polyphony of voices and the ever-present buzzing of the bees, a shape emerges. A cycle of shots showcasing the splendour of nature – in waves, volcanoes, flowers and trees – shows what, for Christman and her Hawaiian collaborators – is directly at stake, whilst the film’s ever-anxious tone evokes just how imperilled everything is, in a wider, planetary sense.

‘You see what they have done for us?’ one keeper says, talking sweetly but pointedly about his beloved honeybees. In Swarm Season, much like in The Hottest August, climate change is central, but rarely directly evoked. It’s an unseen spectre, a sense of mounting pressure that, like the island’s volcano, at any moment may explode. During ‘swarming’, as the beekeeper explains, bees ‘test their genetic strength against the factors in the environment which they need to adapt to.’ After a telling hesitation, he adds that ‘the strong will survive’. We best hope so, for our sake as much as theirs.

Matt Turner is a film writer and programmer who currently works at Open City Documentary Festival in London, UK. 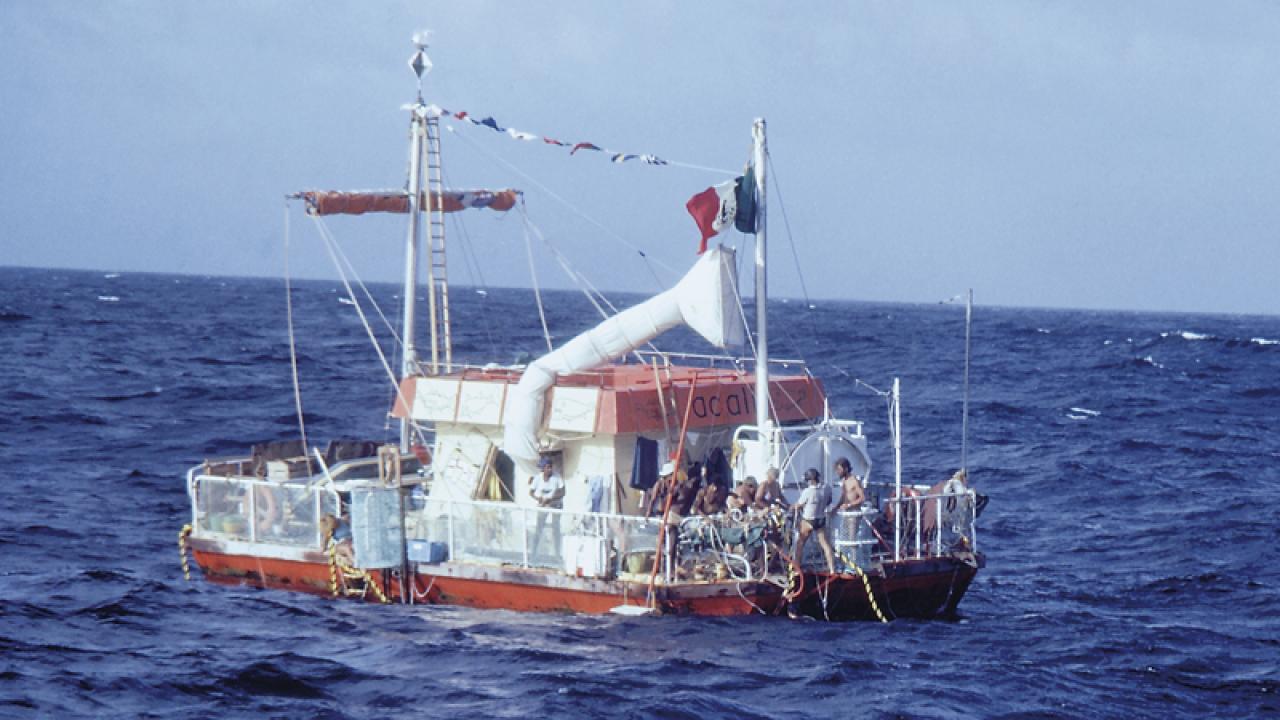