BY Erica N. Cardwell in Exhibition Reviews , US Reviews | 15 JUL 21

Visitors to ‘Born in Flames: Feminist Futures’ at The Bronx Museum of Arts will first encounter Wangechi Mutu’s Heelers (2016): stiletto-shaped clay sculptures – with resin noticeably embedded in the material – displayed on high supports in the gallery. The installation resembles a shrine and invites a grounded moment of pause – an  homage to the feminine. Organized by Jasmine Wahi, the Holly Block Social Justice Curator at the Bronx Museum, the exhibition is committed to celebrating the specificity of intersectional feminist consciousness. Rather than couch this reverential tone in a universal entry point, Wahi preserves the fundamental intention of collective space cultivated by women and femmes of colour by marking it with this spiritual crossing.

At the heart of the exhibition is Lizzie Borden’s seminal film, Born in Flames (1983) which portrays Adelaide Norris, the leader of a futuristic ‘Women’s Army’, which later joins forces with outlier radical women’s groups after Norris is murdered in police custody. The film is played on loop, offering a soundtrack to the fourteen artists’ meditations on feminist futures.

Two paintings by Firelei Baez – Untitled (New Chart of the Windward Passages) and on rest and resistance, because we love you (to all those stolen from among us) (both 2020) – richly coincide with the pronounced femininity in Mutu’s work. The former depicts Baez’s characteristic female form in a lush gradient of indigo and purple, while the latter presents a figure in a regalia of lace and head full of curls, reading Octavia Butler’s Parable of the Sower (1993). María Berrío’s first foray into sculpture, The Petition (2019) is situated between Baez’s two works. Berrío’s work features a female figure – either dead or in repose – surrounded by looming birds. The sculpture calls forth the abandoned and subsequently destroyed Black woman archetype, left for dead and left to reside in perpetuity. Catilin Cherry’s impressive oil-on-canvas work, Her Widescreen Tetra (2021), utilizes a layered, somewhat dizzying composition, by working with multiple scenes to present autonomous play and sexual agency among Black women. Mounted on a free-standing metal frame, the painting features sexual postures between women and femmes within the world of Cam girl and internet sex work. Viewers are introduced to the precarious relationship between ownership and exploitation. Cherry has also embedded codes within the work, an intentional withholding, requiring a closer look at the explicit work.

Another standout is Clarissa Tossin’s When the River Meets the Sea (2020), a 27-foot double sided photo printed textile work that spills onto the gallery floor in a braided sea of greens and blues. Besides this is Nova Gramatica de Formas (New Grammar of Forms) (2020) where the artist constructed baskets out of her own consumer boxes from Amazon.com packaging. Inside the baskets are versions of bygone remnants of technology made from clay – e.g. CDs, remote controls, flip phones, speakers – all objects destined to become litter in the Amazonian rainforest.

In another homage to Octavia Butler, Sin Wai Kin’s Today’s Top Stories (2020), a single channel video, presents the artist in drag with blue face and hands, delivering the ‘news’ in front of planet Earth, presented as glowing neon orb. Their newcast is delivered in a lyrical performance style with ‘today’s top stories’ repeated in a similar vocal tone as Butler’s famously sonorous register. Enmeshed throughout is text sampled from the author’s Parable series. While both artists are commenting on the devastatingly rapid decline of the planet, I wonder if these works suggest that an equitable future – for humans and the natural world – is only survivable in these imaginary, absurdists renditions of the past.

Feminism, particularly with emphasis on women and femmes of colour, is a desire wholly and fundamentally explored in the future. ‘Born in Flames’ is situated within this probing continuum of femme cultural work and art making as field of vision. In this world, one’s artistic practice – a steady hand and preservation of culture, offers a crucial salve. Wahi has manifested the timeless energy of the feminist kitchen table, the generational origin story for world-building ideologies across cultures and generations, into an exhibition invested in a sublime collective vision where women and femmes will not only live but thrive.

'Born in Flames: Feminist Futures' is on view at The Bronx Museum of Arts, New York, through 12 September 2021.

Main image: María Berrío, The Petition, 2019, bronze with patina. Courtesy: the artist, The Bronx Museum of Arts, New York and the Institute of Contemporary Art, Miami 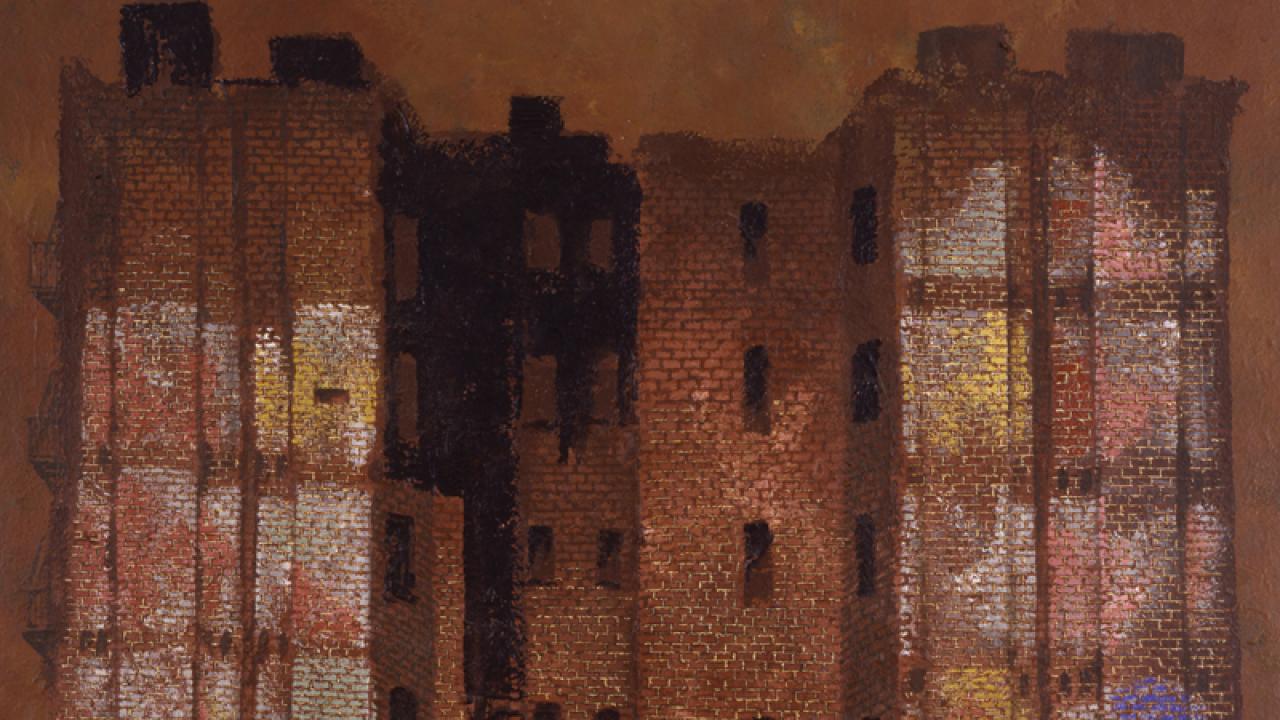 The Bronx Museum of the Arts, New York, USA