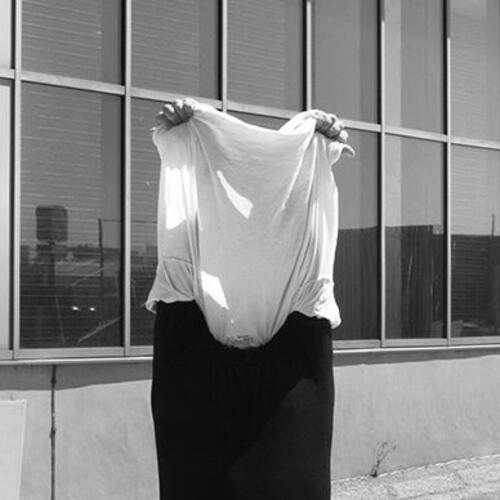 In 1989, I began seeking out live performance works – often in highly unlikely locations – by Brian Catling, after witnessing him doing something that was satisfactorily mystifying at Brighton Polytechnic involving a single spotlight, an oil lamp, a penknife and several plasters (Luna Prayer, 1989). Occasionally, his performances would be several hours long and repeated for days or even weeks. This insistence upon a ‘durational’ commitment, whether or not an audience was present, made me realize that, for this artist, the artwork consisted largely in his own experience.

Brian (who recently died after a lengthy illness) maintained this emphasis for the next 30 years, during which I was fortunate enough to watch and participate in many of his activities. By the time Soundings: A Tractate of Absence (1991) was published, I was a committed follower of his stubbornly unique incursions into time, place and material. The central method to his art – what he termed ‘sounding’ – was particularly of interest to me as a deaf person, since it appeared to be formed upon an elusively coded premise of responding to strategically identified spaces in ways that bore no relation to any contemporary understanding of sensory perception. (Indeed, my position as an emerging disability activist locked onto Brian’s own experience of speech impediment.)

In an article I wrote for Performance Research (‘Audible Within’, 1999), I compared Brian’s ‘sounding’ with 18th-century alchemist Pieter van Musschenbroek’s conception of ‘phonic substance’: sound as particles of matter that are released like seeds in a pod when an object is struck. Whilst Brian evidently displayed a contemporary conceptualist sensibility, he was reaching back beyond the avant-gardist mantras of eternal newness. His lifelong commitment to discovering ancient or discredited systems of knowledge made me think of him as being essentially heretic: an anti-artist whose instinct was to deny the official channels.

Having no thought for conservation or ownership, Brian often advised curators to dispose of his material creations in a skip. Likewise, unique substances were manipulated and ingrained into the work according either to opportunity or to his uniquely unpredictable metaphoricity: wood-wasp droppings; a carpet of spilled needles; a sorry lump of lead covering the moon’s reflection on a frozen lake.

The Blindings (1995) – a second collection of meditations on Brian’s artistic process – described a work that I believe enforced a new departure in his practice (The Blinding, Fukuoka City, Japan, 1994). Commissioned to perform in Fukuoka City, the artist arrived at the Solaria Plaza intending to explore a ‘planetary theme’ only to discover that his stage was an unplugged disco-floor at the centre of a seven-storey, hyper-commercial shopping mall. Initially stricken with horror, Brian soon gamely relinquished the astral sculptures he’d planned in favour of moving clumsily in synchrony with a large mechanical fairy that descended from the roof of the mall at closing time whilst brandishing a wand. In The Blindings, Brian later reflected that ‘for the first time, the work will end in the open hand of the comic’.

In late 1999, Brian approached me to join his new European performance collective, The Wolf in the Winter, alongside artists Denys Blacker, Anet van de Elzen, Kirsten Norrie and Ralf Wendt. Our inaugural performance, Melkfabriek, ‘s-Hertogenbosch (2000), occurred in ‘s-Hertogenbosch, the small medieval town where Hieronymus Bosch was born. Brian’s spartan curatorial premise was simply to feel the ‘prime chill of an older Europe […] not splintered by language or clogged in technology’. Grappling with a physically attached Siamese-twin mannequin and shaking with mock-gravity, I was struck by the fact that Brian’s performances had definitively moved away from the ruminative, barefoot mysticism of his early work to explore the dark, Boschian corners of the comically macabre.

A year after forming The Wolf in the Winter, Brian again took an unexpected turn when he announced he had established an annual gathering of performance artists, Cabaret Melancolique, with Tony Grisoni. The call read: ‘An evening of acts that should not be seen, they being so pure or so bad. Surgery disguised as conjuring. Tear-jerking moments of disbelief. Music to gag by. Silent ventriloquism. Brush swallowers etc.’ The invitees were told: ‘There is no money, so it does not matter. It is the possibility to make a wonderful and meaninglessly sublime moment of magic.’

The staging of Cabaret Melancolique was minimal in the extreme: a single spotlight, an absence of amplification and, above all, no introductions or compere. As each five-minute act departed the stage, another simply slouched on in their place. The first ten Cabaret Melancoliques occurred at the Mildmay Club, Stoke Newington, described in the low-key publicity as ‘an old workingmen’s club that smells of dank beer, stale tobacco, piss and Dettol’.

Cabaret Melancolique transformed so many artists practices, including my own. At first, it seemed that only Brian understood what might constitute a ‘melancholy’ cabaret act but, over the years, the contributions of more than 100 artists became increasingly attuned to the singular humour rendered through hesitant, deadpan ineptitude or utter banality: a man standing behind a wardrobe; two elderly women stacking empty boxes; a swarm of converging one-man bands.

I don’t have the scope here to also acclaim Brian’s achievements in poetry, sculpture, installation, painting, drawing, video, critically acclaimed novels and cinema, not to mention his long stint as a professor at Oxford’s Ruskin School of Art. He would, though, have described performance – his engagement with elemental substances and physical presence – as the primary source of his inspiration.

Despite the acclaim, including his appointment as a Royal Academician in 2016, Brian always insisted he was an artworld outlier, simultaneously at the heart of things and on the margins, perennially the heretic shapeshifter that ignited his early work. ‘Where Does It All Come From?’ was Brian’s self-probing title for a recent BBC Arena documentary that attempted to piece together an overview of his prolific ‘career’ (a word he hated). ‘Where Does It All Go To?’ is the question he leaves behind. It seems unlikely we will ever see his kind again.

Aaron Williamson is an artist based in London, UK. He is currently Research Fellow in Fine Art at Oxford Brookes University.