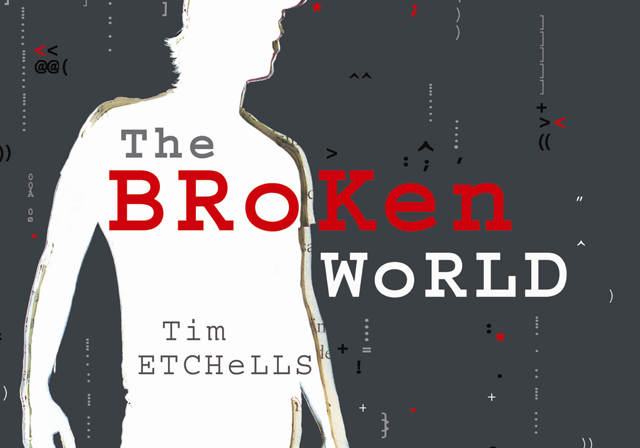 The UK-based artist Tim Etchells is the creative driving force behind Forced Entertainment, a theatre company that specializes in exploding the conventions of live performance. Where most plays hide their smoothly oiled mechanics from view, the work of Etchells and his collaborators tends to fling its cogs through the fourth wall. He also recently collaborated with artists Elmgreen & Dragset, writing the script for their stage play Drama Queens (2007), as well as exhibiting text-based art works at Manifesta 7. If Etchells’ stage work often thrives on a sinister, repetitive quality, the same could be said of his latest book, a novel that takes the form of a ‘walk-through’ guide to completing an imaginary computer game. Our unnamed narrator has taken it upon himself to solve the many quandaries of The Broken World, a shape-shifting, first-person adventure that combines the modes of free-form role play, violent shoot-’em-up and supernatural mystery. The online guide that the narrator writes is a halting, apologetic affair – partly because the game’s sheer complexity and reliance on random variables defeat any effort to crack it, and also because his own life intrudes at odd intervals, turning the narrative into an intermittent stream of consciousness, both in-game and out. The juxtaposition of The Broken World-level guides with the narrator’s fraying social life, dead-end job in a pizza parlour and precarious relationship with his live-in girlfriend makes the whole book a jostling of two worlds, with certain philosophical conundrums bleeding across them. The mission in the game is relatively clear, although the path to it becomes nightmarish. How is the obsessive gamer, caught in its addictive but infuriating coils, to function in a real world of almost infinite parameters, but which somehow feels so cramped and banal? Etchells’ dizzying conceit springs off some familiar science-fiction tropes. He tips the wink to Philip K. Dick’s Ubik (1969), with its multiplicity of unstable realities, and there are traces of William Gibson’s cyberpunk urtext Neuromancer (1984). Anyone familiar with the author’s own art works will also detect ghostly soundings. An abandoned balsawood metropolis in Etchells’ installation Ground Plans for Paradise (1994) prefigures a chapter called ‘The E.L.’ (‘Empty Level’), in which the gamer wanders around deserted geographies. When one section of the guide is lost thanks to Microsoft Word crashing, our fuming author pastes in the mangled file, several pages of machine-code gibberish in which odd snatches of sentences occur. Etchells used the same technique in his project Work Files (2001–ongoing). There’s perhaps less novelty to The Broken World than meets the eye. But Etchells does a great job capturing the hasty prose style of a rabid blogger, particularly in his more defensive moments (‘ShrunkenApe, I’m sick of your complaints …’). Moreover, he muses hauntingly on in-game phenomena, such as the rumour that one player completed it with his character blinded, by finding a way to learn Braille, or the fact that gamers can wreak destruction at every stage but nothing ever gets cleaned up. ‘I mean – if the game goes on like that pretty soon there will be nothing left, just a universe of dust and shit, rubble, ashes and broken stuff.’