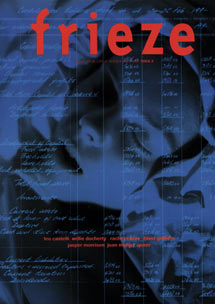 An interview with painter Callum Innes

Do these paintings make sense when they're hung side by side?

In the studio, l work on several paintings at the same time. I feed off one onto the next piece. Keeping them together when they're shown is truer, but I admit that when shown individually, they have more power. Apart from the white ones - I can't have any distractions when I'm working on those.

Are the white paintings different from the others?

They came about because I was trying to limit everything I was doing and trying to pare it all down. Just working with white, I felt I could almost work with colour. You could actually start seeing colour, with the way the light goes through the canvas. In these white paintings l strip away the paint between the lines, so that you end up with a ridge connecting to the next one. The whole thing starts at the top and works its way down. Eventually you get into a rhythm so that the actual weight of the paint starts pulling itself.

The titles of the paintings reveal which series each one belongs to.

That's true. One title is Five Identified Forms, and another is Seven Identified Forms, obviously corresponding to the marks on the canvas. I try to keep the titles almost as bland as l can, so the painting starts reading itself. I'd hate to make an abstract work and call it something narrative; it doesn't make sense to me. It draws the viewer into thinking the way I was thinking about it. I prefer people to bring their own language to the painting.

Why do you want to distance yourself from the work?

Six or seven years ago my work was figurative. I felt that the paintings had so much of myself in them that it was absolutely clear what l was feeling when l made them. I wanted to keep that distance so I could look at the paintings on a reflective plane, and other people could also. For a while there was a need for a lot of artists to keep a distance from their work, but actually I enjoy it when people do realise that there's some of you in it, and that it's not just a process painting. Because then it is just a process painting to me. In my work there is also something emotional, perhaps slightly spiritual going on in the canvases, especially the white ones. I just didn't want them to be completely self-evident.

Is it hasty to compare your work with Ian Davenport's?

Yes. It's very much a surface comparison.

So you don't use chance?

Sometimes chance is involved, but then it's organized chance, because I'm controlling it the whole way. I can direct the way the turpentine drips. I'm actually subtracting the whole time - some lines will take 15 or 20 repetitions of turps. There is a process involved in my painting - the vertical is a process - but I can and do manipulate each line.

Do you worry that the paintings may appear decorative?

When a work has no tension, it could appear so. But as I'm always dealing with tension in my work, the question does not really arise. I don't see any harm in trying to paint something that is beautiful. I don't think it has to be hard or harsh to be a good piece of work.

Interviews
The Novel Lynne Tillman Had to Write