Daniel Shea: ‘My Practice Is Often About Putting Myself Somewhere’

I’ve always been drawn to the energy of cities. I grew up in Washington, D.C., where I lived for 14 years, and then Chicago, before moving to Baltimore as a student. If Chicago is where I fell in love with the idea of the city, Baltimore is where I started to really see a place’s layers and start to identify them. Baltimore is small and post-industrial — even more so than Chicago. It was here that I started to understand the politics of the city: what decisions are made, and at which point, to create a cityscape; who is allowed — or denied — access.

Until that point, I wanted to make high-minded, conceptual art; this was my discovery of social realism, of the power of human interest and narrative. I always wanted to teach, so I worked in public schools and on arts programs in both Baltimore and Chicago.

Some artists have stayed at the forefront of my mind for decades. Roni Horn lights up that axis from the conceptual to the poetic, as does Zoe Leonard. Bernd and Hilla Becher did a cynical thing that I deeply appreciate: they departed from the easy, maybe the easiest, view of the world—that it’s full of difference and novel experience—and instead contended that there are strict categories that can be clearly distilled and abstracted. I found this to be an incredibly useful way to think about complexity.

It’s a strange irony—since in my commercial work I’m commissioned to shoot people—that I don’t really think about portraiture. I have to train myself. When I’m photographing, I see people as a type of thing in the world: as a form, as a stand-in. It’s the inverse of the photography of someone like August Sander, for instance, who attempted the strident conceptual project “People of the Twentieth Century” (1922–64). The pictures are very expressive; Sander was so in love with people, he couldn’t overcome it. He would have made an adept fashion photographer today.

Some of my recent images are from a construction site. In New York, there’s an interesting phenomenon that happens when a site goes under construction and wooden walls go up around it: residents get upset if they can’t see what’s going on, so you get these viewing holes built into the walls, almost like peepholes. There’s a relationship here between seeing and looking, which becomes almost voyeuristic or cruisy, but is fundamentally about forms of power and status relations.

For this body of work, I got access to the construction site purely by serendipity, because I met a guy who worked there. The crew builds a floor of an apartment building every week. It’s an intense environment: hulking young men in this loud, sweaty and very social place. There’s an aura of masculinity and of pride in the work as well as the visual language of the equipment. And yes, there’s something kind of kinky about this: in isolation, safety pads can look like bondage gear. The social fabric of the construction site—the relationships between workers and workers, workers and overseers, and their interactions with me—all relate to this fundamental abstraction of labor and value: the fact that people are building a building that they won’t have access to. 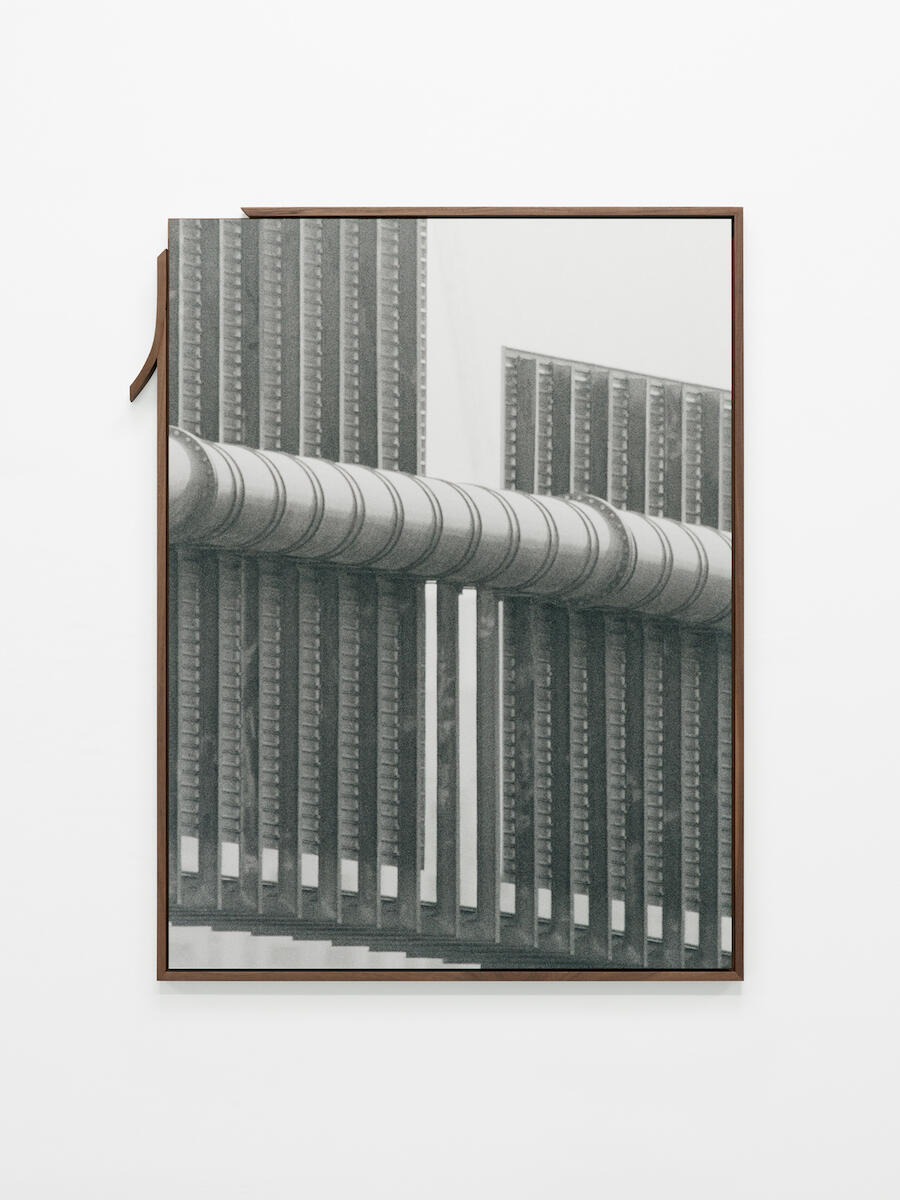 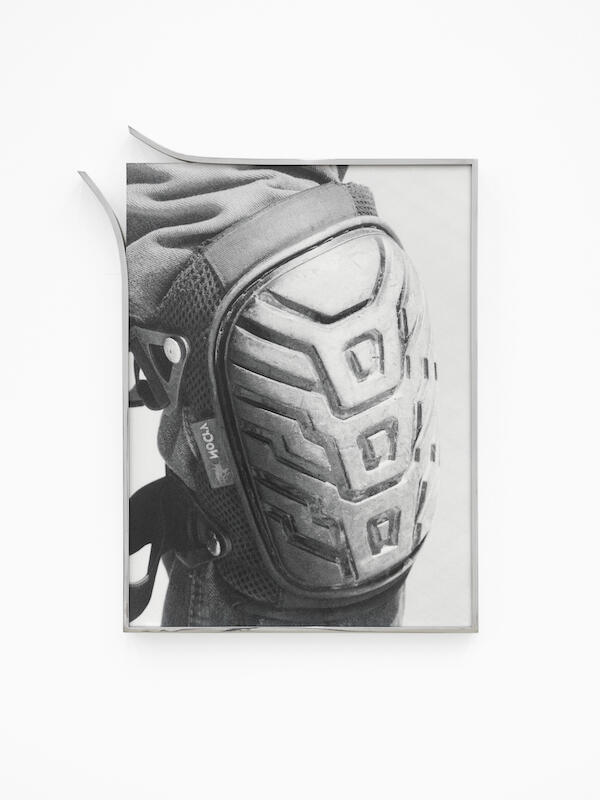 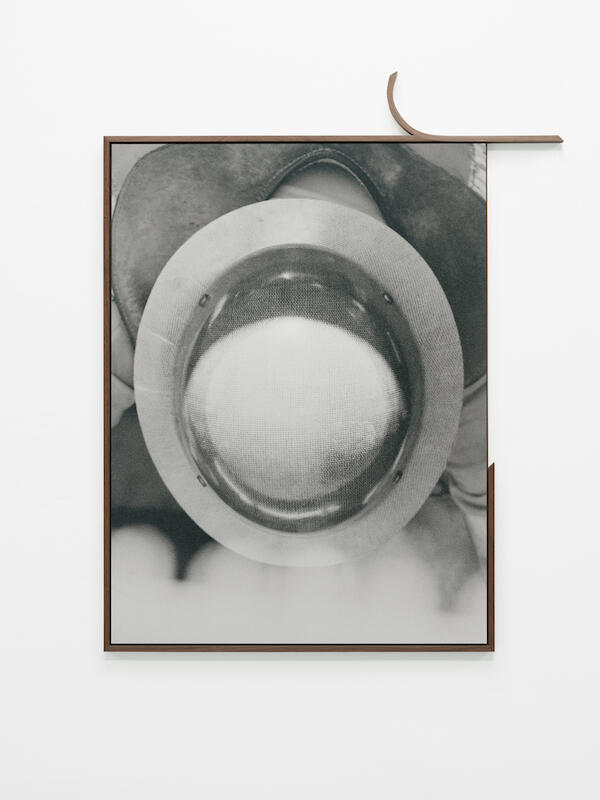 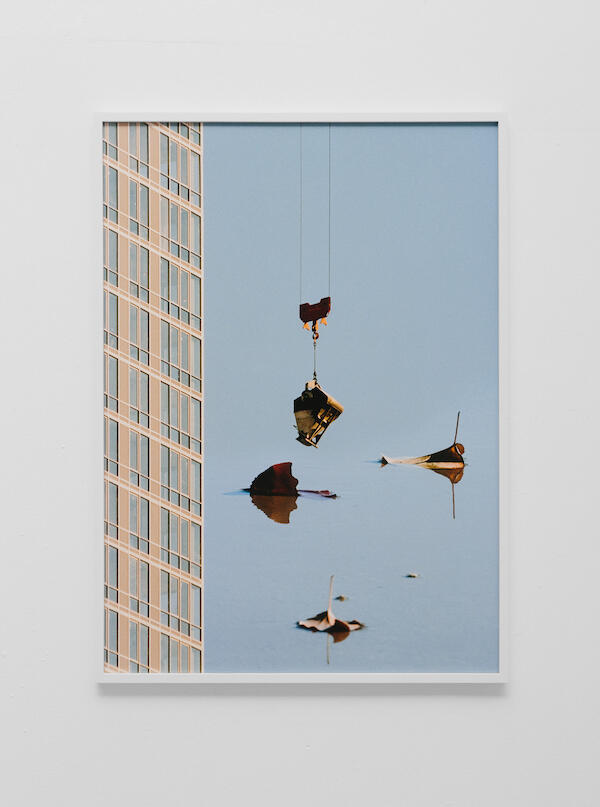 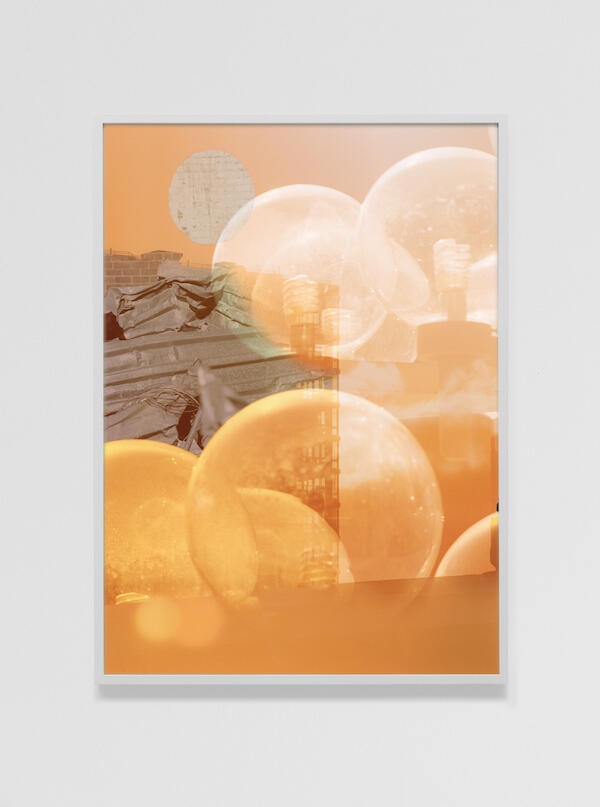 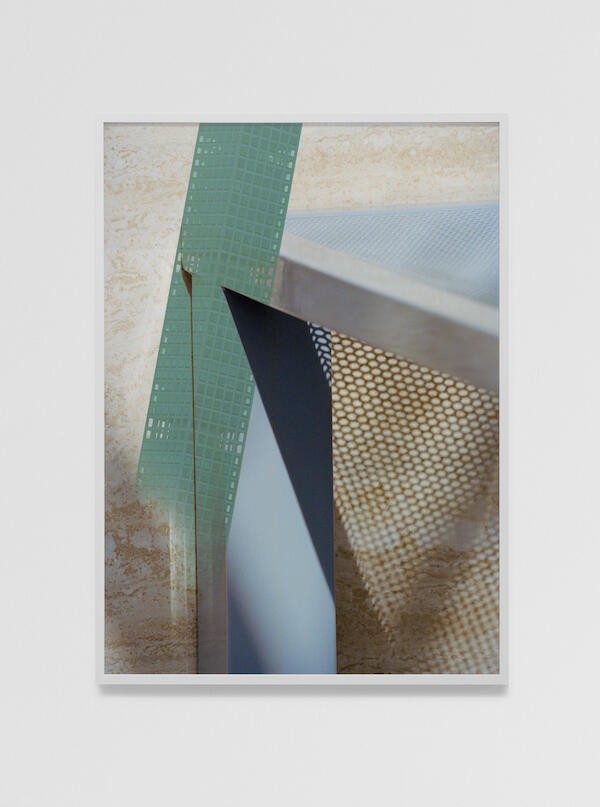 As artists, our relationships to cities are complicated and we aren’t always rigorous in interrogating our own place within them while critically observing the politics. In my book 43–35 10th Street (2018), I was trying to be honest about where I live and where I work, the ambition and the execution, and what values are at play. This doesn’t mean I have answers to the big questions. Hardcore leftists writing for obscure journals responded to the book in terms of an arc of urbanism—which makes sense to me—and, at the same time, designers and art collectors focused on the architecture, saying that it documents the city in a beautiful way.

The work that I showed in the 17th Venice Biennale of Architecture in 2021 was realized when I had already spent five or six years investigating urbanism and how ideas and values take architectural form. I work by slowly building a huge pool of images and then going back, extracting and editing until a pattern emerges, a driving thesis. I wanted to reset, so I went to the least city-like environment I could think of: the woods. I went without an explicit idea or intention, other than to think about a process—looking for a way to see became part of the work, rather than making individual expressive photographs. I wanted to work more intuitively, without chasing an organizational principle, by putting myself in situations with no clear idea of the hows and whys. My art practice is often about just putting myself somewhere; photography is secondary to the thinking that this process initiates.

I didn’t move to New York because I wanted to think about abstractions of development and capital. I moved here because I wanted to be in a fascinating, dynamic place. Part of what I’m trying to express about cities is being in love, not just with them, but with their mirage.

– As told to Matthew McLean

This article first appeared in Frieze Week, May 2022 under the headline “Unreal City”.

Daniel Shea is an artist and photographer. In 2021, his work was exhibited at Andrew Rafacz Gallery, Chicago, USA, and the United States Pavilion, 17th Venice Biennale of Architecture, Italy. He lives in New York, USA.

BY Matt Copson, Igor Toronyi-Lalic AND Oliver Leith | 07 OCT 22
MORE LIKE THIS