The Flat Decadence of David Cronenberg’s ‘Crimes of the Future’ 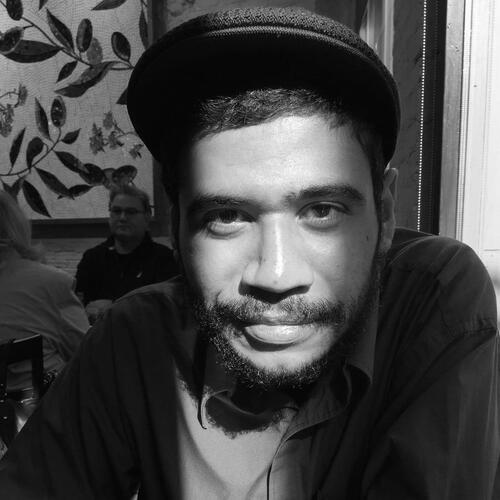 For Freudian reasons obviously obscure to me, whenever I talk to friends about David Cronenberg’s new body-terror film, Crimes of the Future (2022), I keep calling it Crimes of the Heart. Why? It’s not because Crimes of the Future is a bad title. Nor is it because of some desire to inject passion. You can complain about the film’s listlessness all day: it’s a damn slog, one that ends so suddenly after 100 lurching minutes you’re caught off guard. However, you cannot lambast its lack of heart – something that Cronenberg, at the age of 79, has not relinquished. He has the un-people-pleasing drive to craft a barely moving, unruly movie: without the junked-up Titane-y shocks to a rusty nervous system, and with stakes for our time and beyond it.

Crimes of the Future is not pulpy like some of the popular, early-to-mid-period Cronenbergs – though who wants to see what they already saw? Nor does it say things you didn’t already instinctively know: our corroding physical environments are evolving our bodies faster than we can keep track of; the limited human body contains limitless mysteries. And it presents big truths in a regal, starched-collar manner that worked for Cosmopolis (2012) but only results here in intriguingly polished stagnancy. For all that, Crimes of the Future will still succeed in driving its audience up the wall with its rude reminder that, yes, there is such a thing as ‘the body’. All that horrid flesh, all that disgusting desire, is a pain you’ve got to deal with no matter your lot in life: office drone, performance artist, hot killer assassin for the government (or: sexier office drone).

The film is of a piece with Cronenberg’s weird late period (since about A Dangerous Method, 2011), in which slam-bang visuals (head explosions, kinky twin foreplay, flesh guns stretching out of Canadian television sets) have taken a passenger seat to not-bland philosophizing. As with Cosmopolis and Maps to the Stars (2014), characters sound as if they’re practising the delivery of their Berkeley doctorate dissertations on Philip K. Dick: affectless, business-like, with nary an indication of personal involvement in their clinical affairs – i.e., getting horny by having your stomach sliced open and mutant-errant organs removed. Certain ‘creatures’ in Crimes of the Future can eat and digest plastic, like the boy who gets pillow-choked by his moaning mama in the opening salvo that Cronenberg promised would have people fainting. (Did anyone faint, or was this hyped up in the hope to sell a cheerfully unsellable movie?)

In the world of Future, a strange new surgical-procedure-cum-performance-piece is the only act in town guaranteed to eke out a moan or head-rush. But both the surgeon-performers, Saul Tenser (Viggo Mortensen) and Caprice (Léa Seydoux), and the bureaucrats who monitor their every move, Wippet (Don McKellar) and Timlin (Kristen Stewart; unforgettably off-putting), look hardly bothered by their grotesquery. Performances range within a narrow bandwidth of near-psychopathic flatness. In one two-shot, Timlin – a mousy, anxious, WeHo bureaucrat – tweaks her face and opens her mouth like a carp gasping for water, as she desperately hounds Tenser for the answer to her question: ‘So! Surgery. Surgery is the new sex, isn’t it?’ Tenser, with a grizzled sort of gravitas, reminiscent of George C. Scott, has some of that carp-like agitation, too. As one half of the couple who performs kinky surgeries for a paying, bored public, he goes around gurgling and whispering in a choked voice as if in a permanent state of strangulation, wearing capes that make him look like a vampiric Mortal Kombat villain.

Compared to Tenser and Timlin, Caprice (the couple’s better half) looks the spitting image of normality. But Seydoux plays her with the same sinister, social media-era emptiness that director Bruno Dumont sprung from her in last year’s brilliant France (2021), and which bleeds into her Crimes of the Future performance like a scrambled misremembrance. Like the television reporter Seydoux played in France, Caprice has no control over how her image is interpreted and disseminated; here, however, she doesn’t compromise with the dominant image regime and, instead, retreats with Tenser into their own image-making domain. Her art in Crimes of the Future doesn’t live and breathe within the tensionless space of screens. Rather, it flourishes as surgical dance in the high-drama gestures of performance art, in which the traces of a connection between artist and spectator can still be felt, however faintly. But how perverse those traces are! When one model gets ‘cosmetic surgery’ by having her pretty face slashed open to look like a striped tiger, Séydoux approaches her amidst adoring golf claps and camera clicks to gush: ‘You are just … beatific. Watching you filled me with the desire to cut my face open.’ There’s something sick yet necessary about the lack of edge with which the actors dispatch these lines. Gash Cronenberg’s characters with a scalpel, and maybe a few drops of their past messy feels will ooze out.

If anything, the film is grasping for some sexual tension amid so much sexlessness, some weight in a drifting materialism of the present. ‘The old sex’ – as Tenser refers to it during a deliberately stilted flirtation with Timlin – has given way to peep shows that resemble Thomas Eakins’s eerie painting The Gross Clinic (1875). As dead appendages are severed from their initial embodied source (or, in the case of the moaning mother talking to her ex-husband, ‘the corpse of that creature you called your son’), curious voyeurs in the wings crane their heads to get a good look: a splotch of blood for the Insta grid, a cute belly incision for the story. ‘We want to create art out of anarchy,’ claims Caprice. But have they? asks Timlin. What can ‘art’ – or whatever is advertised as art – do in the age of digital reproduction? Why provide vicarious, bored pain when we can experience, second-handedly, the ‘real thing’ via images of family relatives losing their children and aunts to disease, massacres enabled by the far-right, a splay of increasingly nauseating atrocities with no end point in sight? The banal crimes of the heart exposed by Crimes of the Future – a film of detachment, of mortal things and not immortal principles – only reflect an inevitable slide into textureless decadence. The punishment: if not mortal damnation, then at least the sense of purgatorial waste in every sector: political, artistic, psychic, material.

Carlos Valladares is a writer, critic and PhD student in the departments of art history and film at Yale University, New Haven, USA.