David Wojnarowicz Brings Us Closer to his Real Persona

David Wojnarowicz – the queer East Village painter, filmmaker, writer, photographer, musician and AIDS activist, who died of HIV-related complications at the age of 37 in 1992 – made his tender, angry work associatively, intuitively and affectively. ‘I don’t sit down with an idea formed in my head and then try to put it onto paper,’ quotes Cynthia Carr in her biography of the artist, Fire in the Belly (2012). ‘I usually sit down with a mental film running – one composed of visual and emotional images, and I will start out with a few unimportant lines and then things connect.’

There are analogies between Wojnarowicz’s description of his own creative process and Wojnarowicz: Fuck You Faggot Fucker (2020): a new, feverishly paced documentary about the artist, directed by filmmaker Chris McKim (a former showrunner on RuPaul’s Drag Race, 2009–ongoing) and produced by queer production company World of Wonder. The documentary, which premiered digitally at DOC NYC film festival in November, takes its expletive-heavy title from Wojnarowicz’s eponymous 1984 collage, which incorporated a found homophobic cartoon into a larger image of gay love and pleasure, effectively putting bigotry on display while voiding it of its power.

The self-taught artist embraced a cobbled-together aesthetic and frequently integrated found materials – driftwood, animal skulls, maps – into his work. Echoing this, McKim made the documentary by collaging together images, audio and video from Wojnarowicz’s vast archives. These comprise more than 20 hours of Super 8 film; upwards of 10,000 images, including contact sheets and negatives; more than 200 hours of audio cassettes, including voicemails from friends and gallerists; ambient recordings made around the artist’s apartment; and music by his No Wave band, 3 Teens Kill 4, in which he played tape recorder. McKim interweaves this material with off-camera interviews with some of the artist’s peers, such as Fran Lebowitz, Carlo McCormick and Wojnarowicz’s partner, Tom Rauffenbart, who passed away in April 2019.

Cut and remixed, these materials paint a vivid picture of Wojnarowicz’s short, explosive life. They chart his abusive childhood and his adolescence hustling sex in Times Square; his contributions to the East Village street-art and music scenes; his role in transforming an abandoned warehouse on the West Side piers into a thriving guerrilla art space; and his rising stardom in the art world. The film equally shows Wojnarowicz’s work becoming increasingly and unflinchingly political as AIDS ravaged his community and, eventually, following a diagnosis in 1988, his own body. It documents him defending his legal rights as an artist, most notably his right to criticize public officials who responded to the AIDS crisis with silence or derision. It records him attending ACT UP protests and mourning the deaths of friends. It shows the view from the room where he died.

Fuck You Faggot Fucker packs a lot of life into 108 minutes; at times, its brisk pace approaches freneticism. Amid the wealth of material, I felt the urge to linger on the rich complexity of Wojnarowicz’s art, to track his artistic evolution less through the professional lens of exhibitions and commissions and more through his development of a lexicon that was inimically his own.

Wojnarowicz’s own voice narrates much of the documentary. From the mid-1970s, the artist kept voice-recorded journals, prompted by conversations he had with others who considered themselves to be outsiders while hitchhiking through the West. From then on, his archival impulse was cemented. ‘I wanted to record my own history, or a different history,’ he says.

Where the 2018 Whitney Museum retrospective, ‘History Keeps Me Awake at Night’, left some cold with its sanitary, artful presentation of Wojnarowicz’s work, Fuck You Faggot Fucker brings heat, foregrounding the artist’s persona and biography with emphasis on his involvement in grassroots AIDS activism and his nourishing of personal relationships with other artists – most significantly, portrait photographer Peter Hujar.

It is Hujar who advised Wojnarowicz not to destroy his work, who demanded that Wojnarowicz quit heroin, who told Wojnarowicz that he had something worth saving. When Hujar died from AIDS-related complications in 1987, 11 months after his diagnosis, Wojnarowicz was upended. ‘At the moment, I’m a 37 foot tall, one thousand one hundred and seventy-two pound man inside this six foot frame, and all I can feel is the pressure and the need for release,’ he says, reading aloud from the text on his painting Untitled (Hujar Dead) (1988–89). His voice doesn’t so much crack as crackle, electric with rage at what the AIDS pandemic had taken, and would continue to take, from him in the face of a right-wing government’s murderous inaction. Nothing compares to the fury we feel when we see the people we love most fiercely being treated as expendable. It made Wojnarowicz a giant. 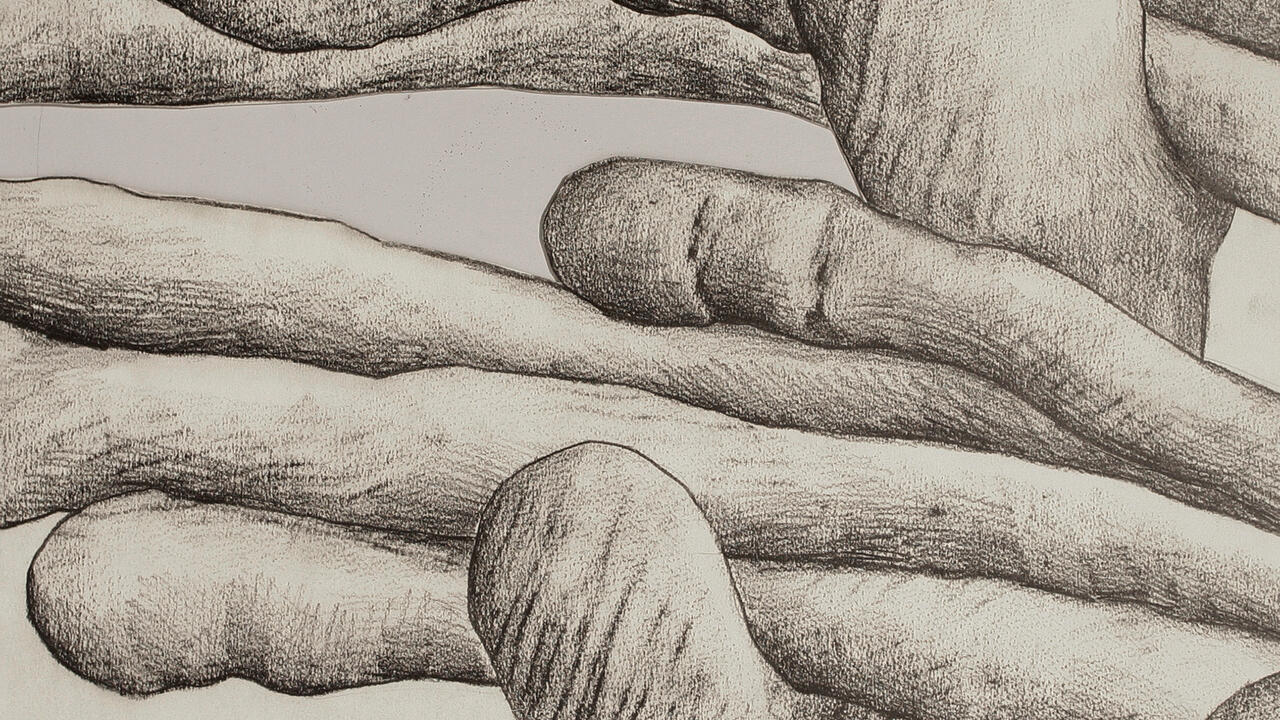 Film , Reviews
In ‘Portrait of a Lady on Fire’, Looking is a Dangerous Act 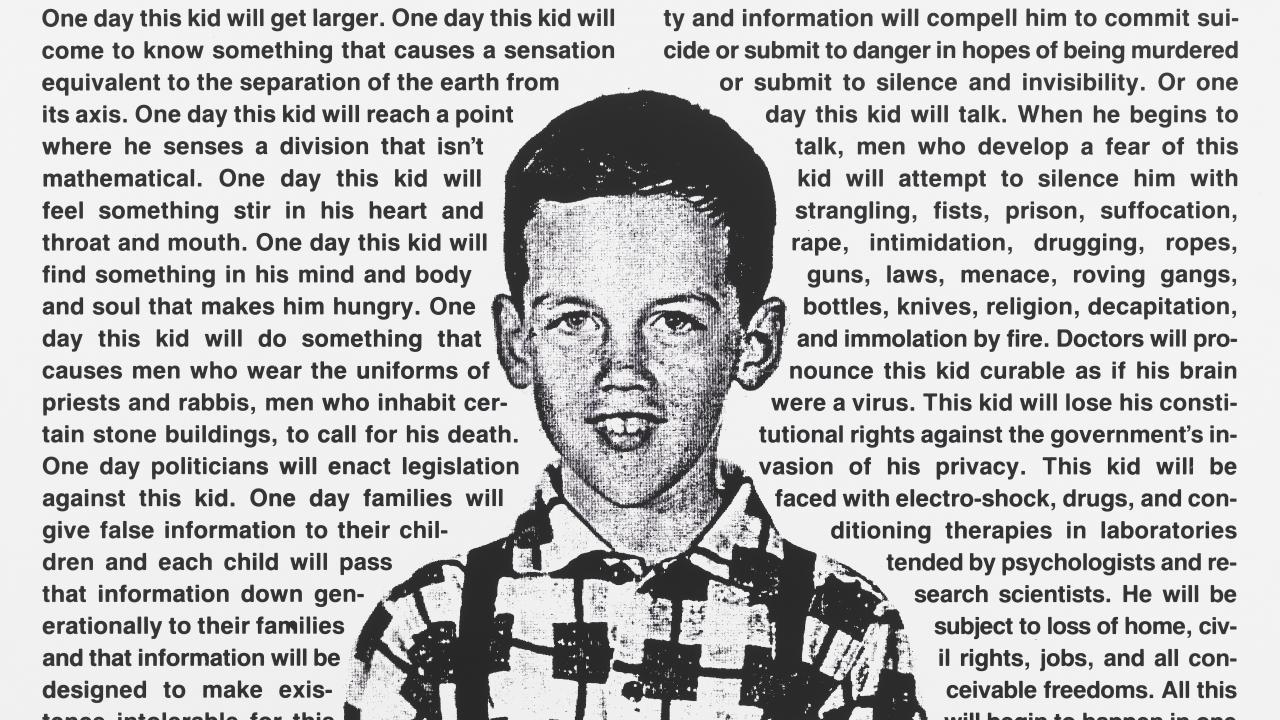