To mark the 50th anniversary of the Élysée Treaty, Germany and France have exchanged pavilions at this year’s Venice Biennale. Although the French contribution, Anri Sala’s didactic three-part deconstruction of a Maurice Ravel concerto (Ravel Ravel Unravel, 2013), has paid little heed to the historically tainted architecture of the German pavilion, instead embracing the space that the ample dimensions allow, the German show (with works by Romuald Karmakar, Ai Weiwei, Santu Mofokeng and Dayanita Singh) took the swap as a cue to examine the theme of national representation today. In this light, the fact that none of the featured artists holds a German passport became an issue in its own right.

Ai Weiwei’s Bang (2010–13) in particular – a chaotic tangle of three-legged Chinese stools in the main space – serves here as a meta-symbol for the disjointedness and fragmentation of current (national) identities. Meanwhile, the pieces by Mofokeng and Singh benefited from being shown in the separate side rooms where their impact was relatively undisturbed. Mofokeng’s photographs deal with the spiritually and historically loaded landscape of the South African province of Mpumalanga that has been ravaged by mining. Singh’s elegiac combination of photographs, slides and video projection speak of uprooting and offer portraits of, among others, the eunuch Mona (Mona and Myself, 2013) who, over the years, has become like a family member for Singh.

By contrast, the installation by Karmakar, whose roots lie in cinema, didn’t work at all. Hamburger Lektionen (Hamburg Lectures, 2006), a feature film lasting over two hours, suffered especially from its transfer to the art context. In this cold, stripped down work, against a neutral backdrop and in a flat voice, the actor Manfred Zapatka recites sermons given by the Salafist imam Mohammed Fazazi at the Al-Quds Mosque in Hamburg, which was frequented by several members of al-Qaeda who took part in the 9/11 attacks. But in the brightly lit space, overlaid with sounds from another of the artist’s videos, Hamburger Lektionen was simply drowned out. Here, if not before, the German pavilion proved, even on the purely technical level of exhibition making, to be a rough, ramshackle production.

In contrast, the works by Valentin Carron at the Swiss pavilion were almost too discreet. As if reacting to Thomas Hirschhorn’s wild floor-to-ceiling approach at the same venue for the last edition in 2011, Carron’s presentation was muted and airy. Spread throughout the modernist architecture of the pavilion inaugurated in 1952, were four sparse groupings of works. They included a more than 80 metres long wrought-iron snake, its body running through the pavilion’s entire space, lifting its head at the entrance (You they they I you, 2013). As usual in Carron’s approach, the works draw on industrial or craft pieces (the snake is made from an iron fence, previously outside of a Zurich police station), rendered unfamiliar by a translation of material or form. For all its elegance, reserve and refinement, the show nonetheless came across as flimsy.

The principle of refinement found its (no less problematic) high point in Mathias Poledna’s work at the Austrian pavilion. The curator of the exhibition, Jasper Sharp, describes the 35mm animation Imitation of Life (2013) as an examination of the ‘avant-garde and pop culture, politics and propaganda, capitalism and collapse’. But these themes are so subtly inscribed into the film’s subtext and mode of production as to be barely decipherable.

Poledna’s film faithfully revives the aesthetic of 1940s Hollywood cartoons, a three-minute mini-musical built around a donkey in a sailor suit. The donkey tap-dances through a fairytale forest full of fawns, birds and squirrels, singing Arthur Freed and Nacio Herb Brown’s song I’ve Got a Feelin’ You’re Foolin’ from the 1930s. Poledna perfectly recreates the dramaturgy, visual idiom and characterization of classic cartoons, combining them into a new, coherent whole that feels as if it has always existed.

Whereas in Carron’s piece appropriation is rendered visible by the use of unexpected materials, Poledna’s film seeks the greatest possible proximity to the original, doing so in an extremely resource-intensive manner. In the case of Imitation of Life, this meant more than 5000 individual drawings, made by an army of professional animation illustrators from Hollywood studios, and a new recording of the key song by a full orchestra. The numbers speak for themselves, especially considering the film’s length, and they form part of the exhibit (some of the individual drawings were on show in the lobby and the names of the people involved appeared as an interminable long wall text.)

Although at first glance this may seem unpleasantly showy, as if justifying the work in terms of the investment made, the more lasting point is that of the displacement of a specific historical mode of production (pre-digital, based on clear divisions of labour). The imitation referenced in the title then, also concerns the revival of an historical production context. This may be smart, but it would have been more interesting to take the idea a step further, since the case Poledna makes via a historical aesthetic could be similarly recreated with present day technology. It’s also not as if films today aren’t still produced at great expense based on divisions of labour. Today’s army of illustrators no longer only hand draw but also use computer-based 3D effects, image synthesizing software and animation sequencing programmes. The fact that animation now is not necessarily less costly than in former times is some­‑what obscured in Imitation of Life by its fetishization of the analogue.
Translated by Nicholas Grindell 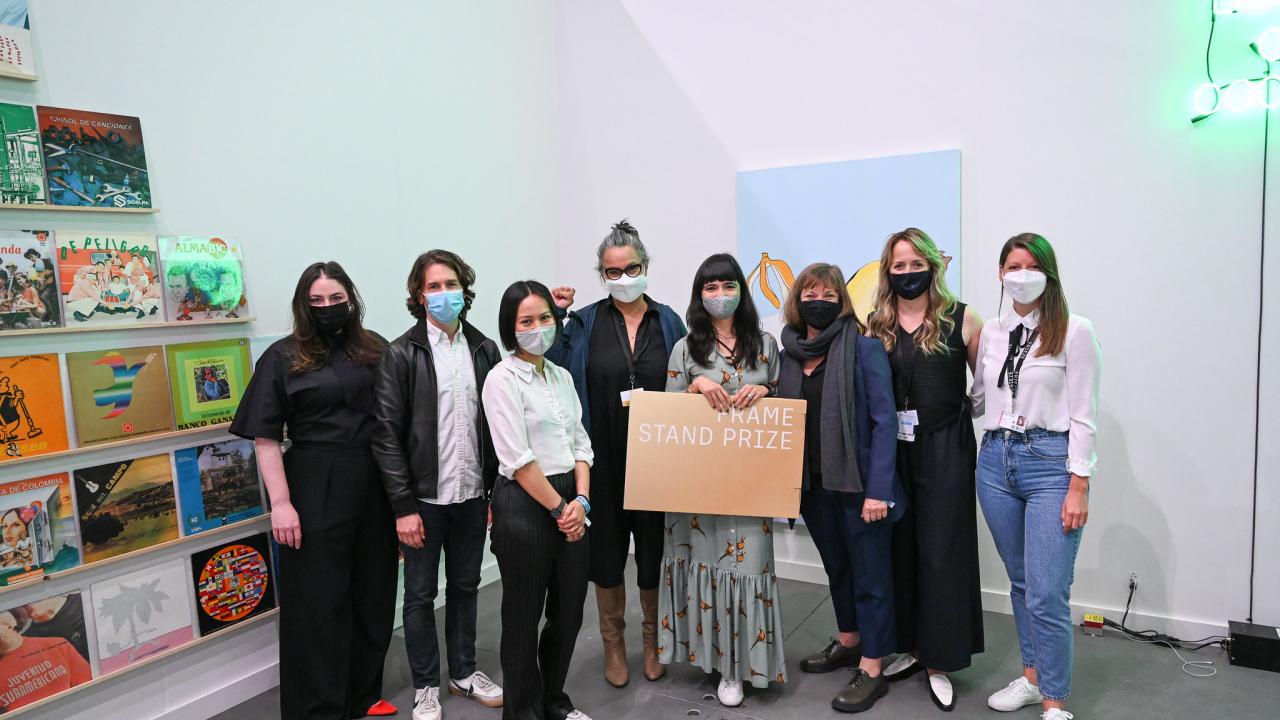