Elif Batuman Reflects on ‘The Souvenir’ and Art-Making 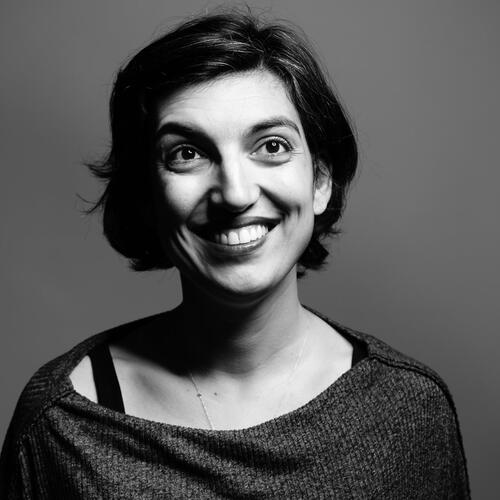 In January 2017, I spent four days in a sound booth reading from my first novel, The Idiot (2017). (It was based on an experience I’d had with a guy – I called him Ivan – during my first year of college, in 1995.) On the other side of the glass was an audiobook director, who periodically told me, in a genial tone, how much better actors are than authors at reading audiobooks. His argument, which centred on the idea that ‘words don’t matter’, struck me as odd for someone in his line of work.

The most emotional scene to read was a six-page conversation between the narrator and Ivan, near the end. For most of the book, their interactions are through elliptical emails. This is the only scene where they talk to each other directly. It’s the middle of the night at Ivan’s parents’ house in Budapest – their last meeting.

As I read, I felt all the emotions I had felt at the time, and could tell that my voice was conveying them – except for sometimes when I was reading Ivan’s lines. One line in particular: ‘When I wrote that to you – partly also it was a power thing.’ I couldn’t get the intonation right. I sounded quotey and ironic, like I was making fun of the idea of power.

The director said my problem was that I was thinking about the words, which didn’t matter. Instead, I should think about feelings – about what Ivan was feeling. I tried to think about what Ivan would have been feeling. It felt like taking a test in a dream on a subject I had barely heard of. I asked the director what he thought Ivan was feeling. He hedged at first, then said: ‘I think he’s ashamed. He’s hurt, and he’s trying to hurt her, and he knows it, and he’s ashamed.’

I felt a jolt. Could that be true? If so – why hadn’t I already thought of it? Was it possible I had never asked myself what Ivan had been feeling? How could that be? Hadn’t I (shamefully) spent years of my life puzzling through why Ivan had said such-and-such a thing and such-and-such a time? Wasn’t that why I had written the book in the first place?

When I left the recording studio, on the Lower West Side, the sun had gone down. The sky was a weird greenish colour, and there was snow on the ground so everything was glowing, and it seemed to me then that the book I had just recorded was incomplete, because it didn’t have this in it, and that in a way a book is always a disappointment because it ends at the moment when it comes into being. How self- evident it now seemed, and how infuriating, that there were things you could only learn about a book after it had been written, and that those things would never be in the book!

In The Souvenir films (2019 and 2021), director Joanna Hogg has created a work of art that includes exactly this kind of learning – the kind I thought would always be left out. Watching them felt like mind-reading – like magic.

Midway The Souvenir Part II, we see Julie directing a scene between Anthony and her own younger self. ‘You’re feeling resentment, because you don’t know whether he scored or not,’ she tells the Julie-actor. Looking back, she says, he was always coming down from something, or about to score, or he had just scored; and she had always been thinking and not-thinking about this unspoken secondary story. (It’s an exhilarating moment for the viewer, who spent all of The Souvenir asking herself the same questions, and seeing Julie not ask them.)

Watching this scene felt revelatory. Julie hadn’t thought about Anthony’s feelings – about the difference between what he felt and what he said – even though she had gone over and over his every word. All her bandwidth had been taken up by mapping what he said against the unspoken script of his drug life – what point he was on the secret rollercoaster. All she had felt was the hope, dread, and disappointment –  and her own shame. That was how it had been with me. Ivan had also been living a double life, which I both did and didn’t know about, and which neither of us mentioned. When I had reviewed his every word, that was what I had been thinking about: where he was the rest of the time, and whether he would ever like me enough to give it up.

In The Souvenir, Julie tells Anthony that she thinks of art as therapy. In The Souvenir II, art becomes therapy. The point is underscored by Julie’s visit, early in the film, to an actual therapist, who, having heard the story of Anthony’s last days, declares that the only explanation – the only state of mind that makes such behaviour comprehensible – is the consciousness of a double life that has become impossible. The scene ends abruptly. Delivered in this way, at this time, the insight into Anthony’s shame isn’t one Julie can assimilate. Literal therapy is a metaphor for, a prefiguration, of the actual healing, which comes through art.

Watching the Souvenir films, I kept thinking of a line from Proust’s Time Regained (1922). ‘By making me waste my time, by causing me unhappiness, Albertine had perhaps been more useful to me, even from a literary point of view, than a secretary.’ Albertine took up the narrator’s time and money, and only her death has finally freed him to write his book – and yet, she also furnished the material of the book. When I was younger, I thought of painful, even self-destructive romantic relationships as time well spent: what else was I going to write novels about? In recent years, I have re-evaluated this judgment. I look back at the books that first made me want to become a writer, and I’m troubled by how many of them – Eugene Onegin (1833), Anna Karenina (1878), The Portrait of a Lady (1881) – are about a smart, cool woman whose life is ruined by her love of a flawed, mediocre or unavailable man.

Watching Anthony waste Julie’s time, distracting her from film school – watching her apologize to him for his robbing her apartment – it’s hard not to wish that she could just avoid this chapter of life. Why can’t she go to Venice by herself? With her loving family and friends, her youth and sensitivity and thoughts and opportunities, why isn’t she enough for herself? Why does she have to make a movie about a boy from Sunderland? Why is nothing, including Sunderland, as compelling as the excitement and glamor (and pointless danger and property damage) represented by Anthony?

The genius of these films is that they don’t try to tell us that everything was worth it because we ended up with a work of art. Indeed, Hogg complicates the idea that there is any ‘work’ at all: which is it? Part I? Part II? Julie’s final project? Which version: the one we see her film, or the one we see on screen? Hogg’s thrilling, emancipatory version of art is not a ‘work’ that redeems exploitation or waste, but a process that transcends it.

Elif Batuman’s first novel, The Idiot, was a finalist for a Pulitzer Prize. The sequel, Either/Or, was published in 2022. She has been a staff writer at The New Yorker since 2010. 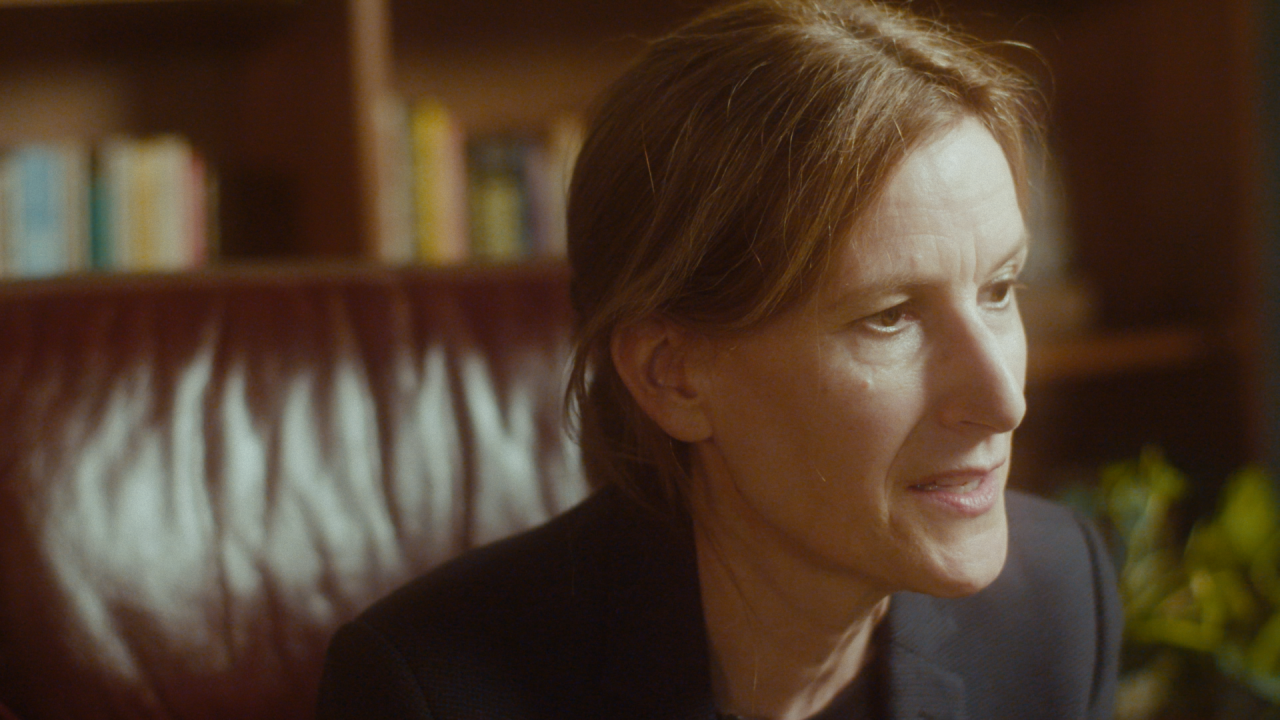 The British filmmaker discusses ‘The Souvenir’, her latest acclaimed picture, at Frieze