‘A Form of Praying’: The Performances of Cecilia Vicuña 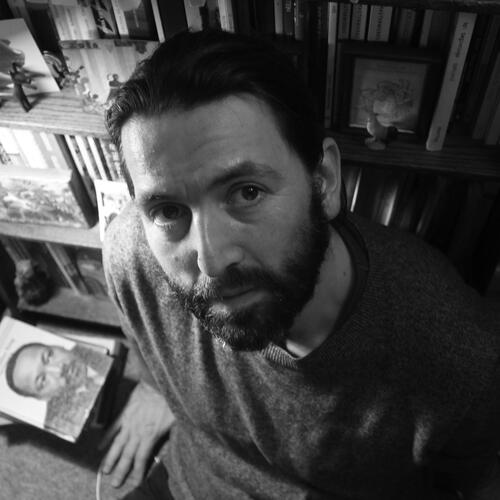 It is not easy to unravel the different strands of Cecilia Vicuña’s practice, one that is simultaneously multifaceted and synthetic in its approach, but I’ll try to focus here on her live events, some of which I have been lucky enough to witness, both in Chile and the UK, at museums, galleries, universities and bars.

Most of Vicuña’s performances consist of her using whatever is available: her voice, which moves back and forth between Spanish and English, drawing on memories and readings, and sometimes launching into a chant or wordless vocalizations; and objects too, such as seeds, twigs, feathers, stones or even bits of litter she has picked up, trinkets bought from street vendors, a ball of yarn. Such materials are then somehow joined intuitively, on the spur of the moment. Whether deconstructing right-wing political discourse in 2007 at Santiago’s Universidad Diego Portales by reading aloud from a copy of Chilean newspaper El Mercurio, incorporating the cry of a baby in the audience into her singing for a 2006 piece entitled Multiplicación at the Museo de Arte Contemporáneo (also in Santiago), or creating sounds with the water provided for presenters during Water Quipu at London’s Birkbeck College in 2013, her performances always manage to suit a particular occasion.

Among the performances of Vicuña’s I have seen, the one I hold the dearest was the most casual. It was at her parents’ house in Vitacura, a district of Santiago, which was packed with relatives and friends. Stood amid the food and drinks, the words and laughs of the guests, Vicuña sang a lullaby to her mother across the dining table. Patiently and unobtrusively, she wove the thread of her voice through the cheery noise, gradually strengthening its sound while seemingly drawing force from a source high up in the distant Andes mountains. Her song responded to the light and shade, the warmth and glee in the room, eventually reducing the whole party to reverent silence. I didn’t know whether I should feel privileged to have been momentarily pulled into this great artist’s intimacy, or like an involuntary intruder in a very private scene.

‘Thinking on one’s feet’, ‘playing it by ear’: these metaphors seem particularly appropriate for what Vicuña does when she performs; it is never about following an aesthetic programme or displaying a technique. And the main outcome of these transient, ‘making do’ events won’t be an object, a transcript or a recording of the action, but a poetic response to the artist’s immediate situation, one that connects her and her public, grounding them in the shared present of the performance. Indeed, delicately linking actions, ideas, people and things is one of the most notable strands running through Vicuña’s work.

Presenting itself as ephemeral, artless and improvised, Vicuña’s performative practice has also been characterized by its precariousness (see M. Catherine de Zegher (ed.), The Precarious: The Art and Poetry of Cecilia Vicuña (1997)). This doesn’t mean that it is poor, haphazard, fragile or weak, though it might trade in these qualities, drawing its strength from them. Vicuña herself has called attention to the etymological proximity between the Spanish words precario (‘precarious’) and preces (‘prayers’), and her live presentations can be understood as a form of praying, one that humbly addresses itself to the audience, not to any god. She searches, using whatever is at hand, for a definitive shape for her offering.

Thus, eschewing grand gestures and sweeping statements, while still being playfully responsive towards her potential to make both, Vicuña’s performances reveal, if fleetingly, how the world is sometimes mysteriously interconnected; in so doing they demonstrate a wisdom normally hidden by capitalist ideology, one that is so keen on compartmentalizing knowledge and splitting reality through concrete analysis. The political dimension of her art is in evidence here, as well as its deep religious sense. The word ‘religion’, after all, is derived from the Latin verb religare, meaning ‘to re-bind’ – and Vicuña often literally binds spectators together with yarn before spinning it into story and song

Andrés Anwandter is a poet, translator and researcher. In 2014, he received the Pablo Neruda Award. He is one half of the sound-poetry duo Motor Nightingale, with poet Martin Bakero.

BY Caoimhín Mac Giolla Léith | 29 OCT 19
MORE LIKE THIS